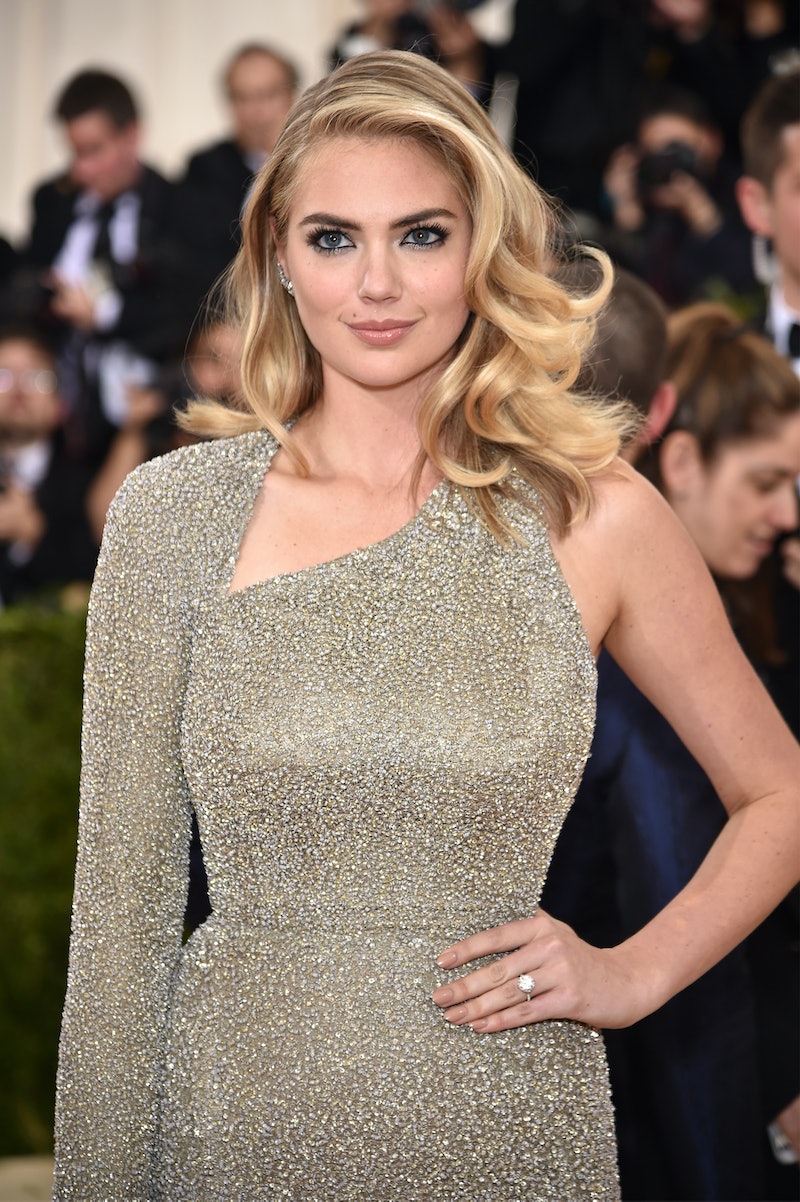 Besides pumpkin-spiced everything and cooler weather, there's another sign that fall is on the way. Sunday night football is officially back in action. And this week, NFL games happened to coincide with the 15-year anniversary of 9/11. During the Miami Dolphins game, several players chose to kneel during the "Star-Spangled Banner." While this gesture was part of an ongoing protest of the country's current racial injustice — and not a statement about the tragedies of Sept. 11 — some viewed the timing as offensive. For example, model Kate Upton responded to the National Anthem protests by voicing her disappointment and calling the move a "disgrace." In turn, Upton upset many people who made their feelings known on social media, saying that the 24-year-old was totally missing the point of the protests.

She continued the lengthy post by explaining that people can "protest all they want and use social media all they want," but during this song, she expects them to stand and put their hand over their heart. She added, "After the song is over, I would encourage everyone to please use the podium they have, stand up for their beliefs, and make America a better place." However, you could argue that the last part seemingly contradicts itself — because for these players, their podium is the football field.

As a recap, protests during the National Anthem at games this year began when San Fransisco 49ers quarterback, Colin Kaepernick, decided to sit during the anthem during an NFL preseason game in mid-August. He explained his reasoning to NFL Media and said,

"I am not going to stand up to show pride in a flag for a country that oppresses black people and people of color. To me, this is bigger than football and it would be selfish on my part to look the other way. There are bodies in the street and people getting paid leave and getting away with murder."

While he wasn't playing in any games on Sunday, several members of the Miami Dolphins followed suit, which is what sparked Upton's Twitter and Instagram messages.

The Miami Dolphin's official Twitter account posted a message supporting their players' right to protest, while also acknowledging the patriotism associated with the song. They explained,

We hope today's events will continue a respectful and thoughtful dialogue in our community on unity, inclusiveness and togetherness.

You can read the team's full statement below:

Not all celebrities are on the same side as Upton. Back in August when the protest began, John Legend posted the following tweets, calling attention to an often missed part of the lyrics and seemingly supporting Kaepernick's mission. In the very least, he played devil's advocate and raised questions about those supporting the anthem:

One of the greatest parts of being an American is freedom of speech, as well as the ability to protest. And the football players certainly were exercising that right on Sunday. Ultimately it's up to you to decide where you stand — quite literally — on the National Anthem debate.

More like this
For These Abortion Clinic Volunteers, Going TikTok Viral Is A Risk Worth Taking
By Audra Heinrichs
Freddie Flintoff’s Wife Has The Cutest Nickname For The Famous Cricketer
By Frances Stewart
Watch Emma Raducanu’s Incredible Response To Her Early Wimbledon Exit
By El Hunt
Olivia Rodrigo’s Song Dedication To 5 SCOTUS Justices Sent A Strong Message
By Grace Wehniainen
Get Even More From Bustle — Sign Up For The Newsletter