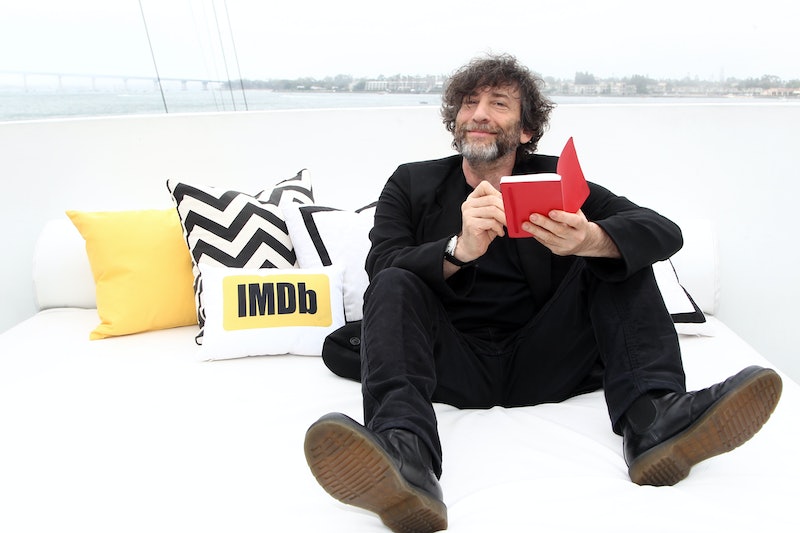 If you've been itching to read some ancient legends, but can't find any books to tickle your fancy, boy, are you going to have a great 2017. Neil Gaiman's Norse Mythology comes out in February, and it has a worthy cover to boot. You can check out the awesome cover animation below.

Myths have always been Neil Gaiman's bread and butter. In the 2016 documentary, Neil Gaiman: Dream Dangerously , the author said that, from his first writerly aspirations, he planned to stuff his books full of legendary stories. Sandman and American Gods were fueled by tales from across the globe, while Coraline and The Ocean at the End of the Lane bore their own mythos.

Norse Mythology is Gaiman's first dedicated collection of ancient stories, however, and it takes on the English author's signature narrative flair. From the Norse Mythology website:

Gaiman fashions primeval stories into a novelistic arc that begins with the genesis of the legendary nine worlds; delves into the exploits of the deities, dwarves, and giants; and culminates in Ragnarok, the twilight of the gods and the rebirth of a new time and people. Gaiman stays true to the myths while vividly reincarnating Odin, the highest of the high, wise, daring, and cunning; Thor, Odin’s son, incredibly strong yet not the wisest of gods; and Loki, the son of a giant, a trickster and unsurpassable manipulator.

Unfortunately, I don't think the real-life book cover spins, but a girl can dream, right?

Gaiman's book is a true labor of love. Norse Mythology has been in the works since 2011, and now it's finally on its way to Midgard.

Neil Gaiman's Norse Mythology is available for pre-order today. Pick it up from your favorite retailer on Feb. 7.