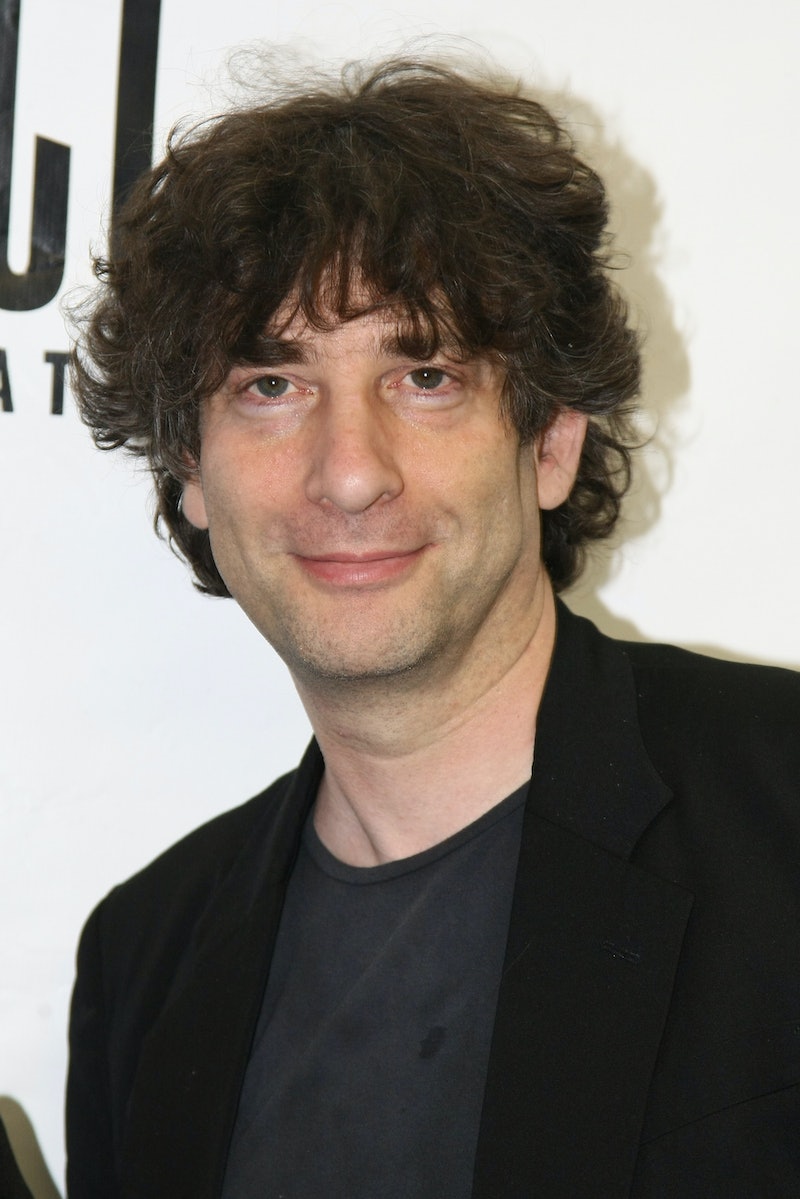 Drop everything, I have big news: Neil Gaiman has revealed a new book! The Stardust author took to Twitter on Tuesday to announce his latest project — and to surprise us all by confessing that he's been writing it for three years. How did none of us notice?!

But Gaiman is a man of mystery — so he was never going to do something as obvious as ~tell us what the book is~ now, was he? Surely not. Instead, he teased us with an intriguing clue: one tiny detail from the new book's front cover. It's hard to make out much more than some classic patterns (and the fact it seems almost glittery?!) — but it certainly looks like this cover is going to be gorgeous.

On Wednesday morning, Gaiman finally updated his Twitter with the big news — but with a bit of digging, we'd already managed to uncover the juicy secrets of his latest project. It turns out Neil Gaiman's latest book is all about Norse mythology. It's going to be a retelling of some of the most famous Norse myths, weaved together to make it read almost like a novel. We know how magical Neil Gaiman's fantasy writing can be — so this book sounds like the perfect project for him.

Neil Gaiman's Norse Mythology will be published by Norton in February 2017, so we'll have to satisfy ourselves with re-reading The Graveyard Book and getting psyched about the upcoming Neverwhere radio drama for a little while longer. And of course, we still have the full cover reveal to look forward to!