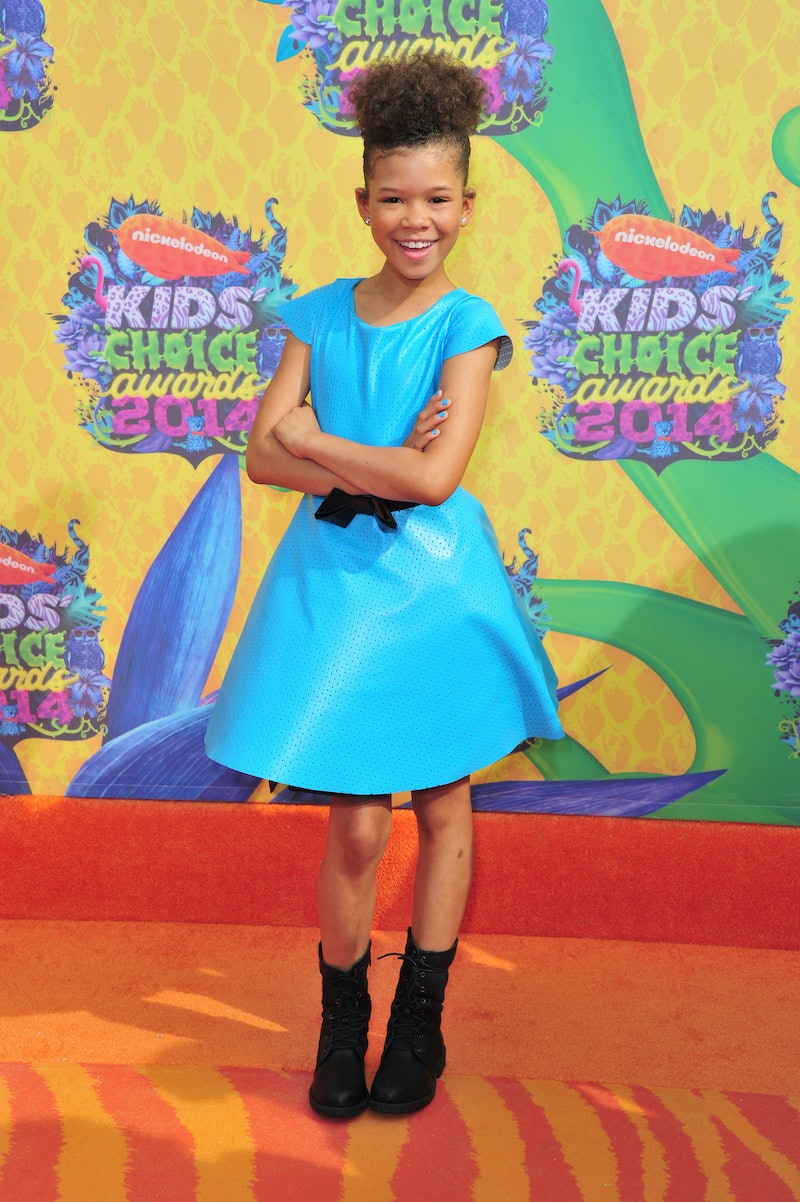 If you're a big Madeleine L'Engle fan, you'll have been soaking up all of the details about the Disney live-action adaptation of her most famous novel, the science-fantasy work, A Wrinkle In Time, which centers on a young girl whose scientist father goes missing after working on a government project related to a "tesseract." Our plucky heroine, Meg Murry, will be played by Storm Reid. But even if you're pretty well-abreast of the entertainment world, you might still have found yourself asking who is Storm Reid? That's OK. While Reid has some stellar entries on her CV, she is also just 13 years old, so she doesn't have the same number of films on there as, say, Russell Crowe might have.

This said, from the feedback the director on the film, Ava DuVernay, gave, it seems Reid won't be flying under the radar for long. The director said of the actress: "Storm is a tremendously talented young actress who embodies the hopes, dreams and spirit of a character much loved by audiences worldwide for generations." And DuVernay would know, I guess. If her name sounds familiar, it's because she directed the Martin Luther King film Selma, which received two Oscar nominations. I imagine DuVernay knows talent when she sees it.

Anyway, let's get up to speed with the whos and the whats of Storm Reid, since she's about to become your new favorite person.

1. Reid's First Role Was In The Oscar-Winning 12 Years A Slave

If Storm Reid looks familiar but you can't place her, this is probably where you know her from: she played Eliza's daughter Emily, who was sold as a "fancy girl" in the historical film.

2. She Also Starred In Sleight, Which Premiered At The 2016 Sundance Award

She played Tina in the 2016 movie Sleight, about a street magician who has to make ends meet and look after his little sister after his mother's passing.

3. She'll Be Playing Alongside Celebrities Like Mindy Kaling, Oprah Winfrey & Reese Witherspoon In A Wrinkle In Time

4. She's Going To Be The Next Taylor Swift On Instagram

So. Many. Ussies (The group selfie). Reid's only 13 years old, but she's already got a formidable girl squad.

5. Reid Takes Time To Get Inspired

Her Instagram account is packed to the seams with inspiring quotes and photos. Take a browse if you're feeling underwhelmed by the world.

Actor, model, Instagram-queen. What can't this young lady do?

7. Reid Is A Culture Vulture

Even in her downtime, she's hitting the theater for inspiration. #impressed

8. She Has Famous Friends

When you're 13 and Amber Rose is already one of your casual BFFs, you're definitely doing something right.

For the record, I would love to see Storm Reid as a Cookie Lyon protégée.

10. Her Mom Seems Pretty Cool, Too

That outfit, though. Now we know where Reid gets her great style from.

I hope, anyway, from the fact that her holidays look rad AF.

In short, Reid is just 13 years old and is living her ultimate dream life. If this is what she's doing when she's only just hit adolescence, I can't wait to see her take on the world as a fully grown woman. Storm Reid, we salute you.

More like this
Selma Blair Wrote Through The Pain
By Samantha Leach
Watch The Emotional Trailer For Dolly Alderton’s 'Everything I Know About Love'
By Bustle UK
What Is Barack Obama’s Net Worth? He Makes *Way* More Now As An Ex-President
By Hugh McIntyre
Shocked Fans & Former Co-Stars React To Ray Liotta’s Death At 67
By Grace Wehniainen
Get Even More From Bustle — Sign Up For The Newsletter