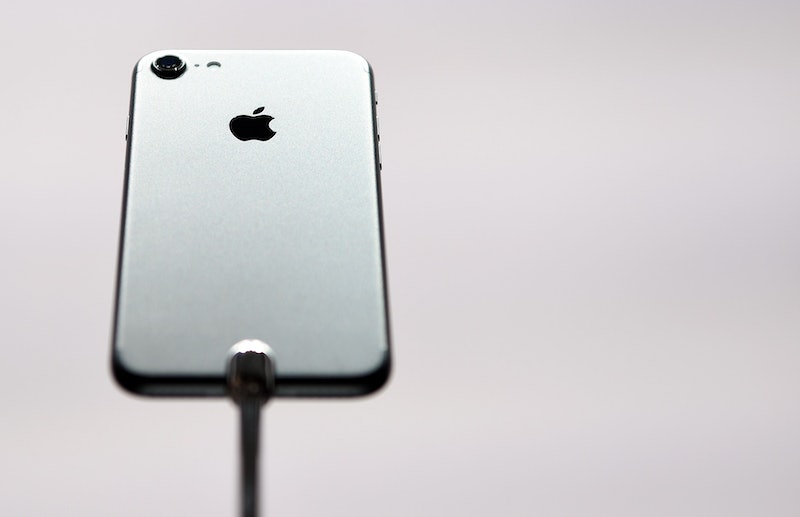 iOS 10 has brought with it a whole bunch of new toys, including ways to text your handwriting and send virtual balloons to people for their birthdays. But what about some of the less showy features? For example, how do you search in iOS 10? Because sure, learning how to use all the new features is all well and good… but sometimes, it pays to brush up on the old ones, as well. After all, sometimes they change between iterations, and you might not even realize it until you discover that that thing you used to do all the time no longer works. (The horror! The horror!) Good news, though: Searching in the new version of iOS works exactly the same way as it did in the previous version. Comforting, right?

Even with the brand new mobile operating system version, there are still two ways to search on an iPhone (or an iPad, or whatever other iOS device you like): Via Spotlight Search, or through Siri. Spotlight Search was new for iOS 9, and at the time of the operating system’s release, it became quickly apparent that it was the one feature iOS users really needed to know. Siri, meanwhile, has been an integral part of the iPhone experience since the introduction of the iPhone 4S, and she’s just gotten better with each successive version. With iOS 10, which was just released on Tuesday, she can even order you an Uber ride.

But it’s kind of nice to know that the search functions of the operating system — both with regards to Siri and through Spotlight — haven’t changed; after all, if it ain’t broke, then why bother trying to fix it? In case you need a refresher, though, here’s how to search in iOS 10 two different ways:

1. Pull Down On The Screen

No matter where you are — whether it’s the home screen or within an app — simply pulling down on the screen will bring up Spotlight Search. Once you pull down, the search box will be right at the top of your screen.

Doing so will pull up an organized list of everything that begins with those letters — apps you have installed, apps you could install from the iTunes App Store, Wikipedia entries, emails, and much, much more. You don't even have to hit search; the results will just... appear. Obviously, the more specific your search term, the more specific the results.

3. Tap The Option You Want

Hi there, “Pokemon Go.” How are you today?

You can do this one of two ways: Either press and hold down on the home button, or, if you have “Hey, Siri” enabled and you're plugged into a power source, just say “Hey, Siri.”

Note that you have to get a little more specific with Siri than you do with Spotlight Search. Just saying “Pokemon” to her, for example, brings up the Wikipedia page for Pokemon, as seen above.

If, however, you have “Pokemon Go” installed and you actually say the full phrase, “Pokemon Go,” to her, she’ll automatically open the app:

And if you ask her, “What is ‘Pokemon Go,’” she’ll pull up the Wikipedia page for the augmented reality game:

So... get creative. You never know what might happen. What happens in search, stays in search, right?