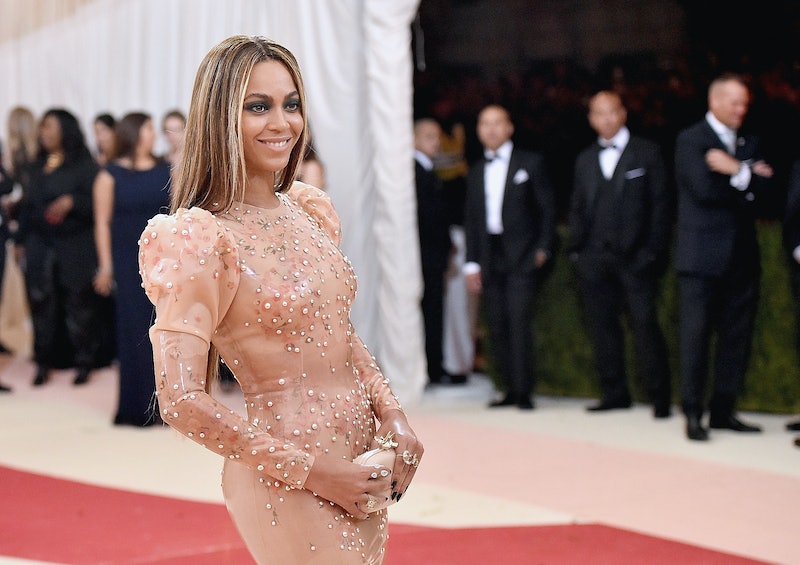 The reigning queen of pop music and everything, Beyoncé has proven that she has the talent and drive to make an impact on nearly every corner of the entertainment industry. She revolutionized the way artists release albums with her surprise release, Beyoncé, and she pushed the boundaries of a concept album with her visual album, Lemonade, and its premiere event on HBO. Subsequently, the groundbreaking Lemonade was nominated for four 2016 Emmy Awards, and although the film already lost out on three at the Creative Arts Emmys, Beyoncé's Lemonade still has a chance to win an Emmy for Outstanding Directing for a Variety Special during the Sept. 18 broadcast.

It's a bit of a bummer that Beyoncé already struck out three times, which is a rarity for her. But one big, shining beacon of hope for Beyoncé and her BeyHive on Sunday, Sept. 18, is the presenting of the winner for Outstanding Director for a Variety Special. Maybe I am biased, because I was a huge fan of the special and still regularly watch it, but Lemonade has a huge chance at taking home an Emmy that night.

Her fellow nominees in this category are Beth McCarthy Miller for Adele Live in New York City, Chris Rock for Amy Schumer: Live At The Apollo, Louis J. Horvitz for the 58th Grammy Awards, Thomas Kail for Grease: Live, and Glenn Weiss for The Kennedy Center Honors. Yes, Beyoncé is actually up against the director of the Grammy Awards, which I find a bit hilarious, considering that stage is like her second home.

One reason I think her win would be the most momentous is that Beyoncé would be accepting the award for director, along with her fellow director, Joseph Khalil, for a special that starred herself and her own music. She's never been on the Emmys stage before either, so her winning this award would be a massive accomplishment. Plus, nearly everyone loves (and deserves) to see Beyoncé on a stage.

In my opinion, Lemonade is just different from the rest of her competitors the category. Lemonade stands alone in its artistry and impeccable vision and is a unique representation of her album. No shade to Adele, who I also respect, but Beyoncé didn't settle for a mere concert; she went for the full music video film. A further hint that a Lemonade Emmys win is imminent is the talk that she could be performing during the awards. Back in July, The Wrap speculated that the Emmys could be trying to secure a Beyoncé performance during the telecast, citing the fact that she would be on a break from her Formation World Tour on that day. The outlet did note that Bey's spokesperson did not return their request for comment.

But, according to this alleged Emmys seating chart photo, Beyoncé will be attending, so the stars could very well be aligning.

So, for those fans who were heartbroken at her Creative Arts Emmys losses, there is still hope, and a big chance, that Bey will take home the Outstanding Director award. Start lighting those candles!