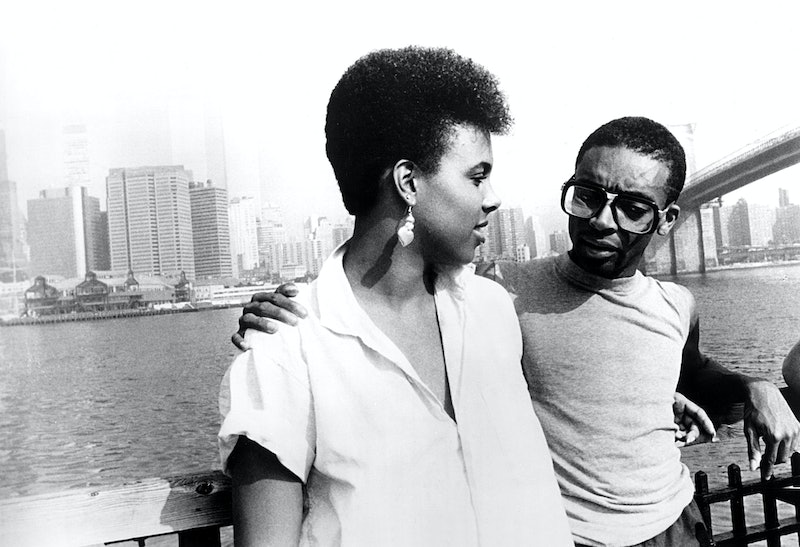 Spike Lee's 1986 feature film She's Gotta Have It will be heading to Netflix. But, not like that. According to Deadline, the streaming service has ordered a 10-episode She's Gotta Have It Netflix series that will serve as a "contemporary update" to the original film. Lee will direct all 10 half-hour episodes and will be the show's Executive Producer, meaning that, though the show might be a "contemporary update," it's also another byproduct of Lee's masterful brain. In a statement, Lee said that the series will follow "Nola Darling, Mars Blackmon, Jamie Overstreet And Greer Childs DO DA DAMN THANG now, today In Da Republic Of Brooklyn, New York.” If you've never seen She's Gotta Have It, watching that is step number one. Steps number two through 10, however, are watching some of Lee's other works.

By 1985, Spike Lee had a few short films under his belt, but, once he started filming She's Gotta Have It on a shoestring budget, all in a matter of 12 days, he became one of the founding fathers of the American independent film movement. She’s Gotta Have It follows Nola Darling, a Brooklyn-based artist in her late 20s who finds herself trying to juggle a social life, personal ambitions, and three romantic interests: "The Cultured Model, Greer Childs, The Protective Investment Banker, Jamie Overstreet and Da Original B-Boy Sneakerhead, Mars Blackmon." The film was wildly successful, grossing $7,137,502 at the U.S. box office. And Mars Blackmon (played by Lee himself)? Well, he became a cultural phenomenon, forever immortalized in those unforgettable Jordan Brand shoe commercials.

When you discuss Lee's film canon, you have to start with Do The Right Thing. The film was an ambitious look at life in late '80s Bed-Stuy, a time of increasingly serious racial tension in the city. Ultimately, Lee's vision of America as a place of multiculturalism and misinterpreted intentions stands as one of the most important, powerful, and groundbreaking films in American cinema history.

Lee's take on one of America's most important activists resulted in a three and a half hour, stunning biopic.

A father-son drama penned by Lee — and filmed maybe not so coincidentally a year after his first son was born — was a high concept film that, to this day, defies easy categorization. Maybe because it stars real life NBA star Ray Allen. Or maybe because it had a few strange, albeit interesting, subplots.

New York police detective Keith Frazier (Denzel Washington) goes up against bank robber (Clive Owen) in this thriller. But there's a lot going on under the surface in Inside Man that proves it's more than just a genre movie.

The girlfriend (Teyonah Parris) of a Chicago gang leader (Nick Cannon) uses abstinence as a way to end violence in her community. Part bawdy comedy, part serious examination of gang violence, and full of extravagant set pieces and phantasmagoric scenes, Chi-Raq is wholly something new.

The story of a convicted drug dealer (Edward Norton) and his last 24 hours before he heads off to a seven-year prison sentence seems simple enough, but doesn't stop there. The film's events take place days after the September 11 terrorist attacks, making 25th Hour imbued with more than one type of melancholy.

Crooklyn follows the lives of a Brooklyn family in the '90s. As a semi-autobiography of Lee's own experience growing up, Crooklyn highlights racism and classicism while still remaining personal to the filmmaker.

A dramedy about a group of African-American men who share a bus ride from LA to Washington D.C. to partake in the "Million Man March." Shot in 16 mm, Get On The Bus offers a lo-fi look at about the groups we choose to empathize with.

When an African-American architect (Wesley Snipes) and a white temp (Annabella Sciorra) get into an relationship, the two try to make the best of a romance their world isn't ready to accept. Jungle Fever offers a searing look into the types of stereotypes and injustices that interracial couples face.

More like this
'Love Island' Has Added Yet Another Bombshell To The Villa
By Bustle UK
The Dog & His Handler In 'Gunther’s Millions' Are Worth, Well, Millions
By Gretchen Smail
Rachel Nickell’s Son Wants The Police To Take Accountability Over Errors
By El Hunt
A New Netflix Doc Will Explore The Unsolved Murder Of Jill Dando
By Sam Ramsden
Get Even More From Bustle — Sign Up For The Newsletter
From hair trends to relationship advice, our daily newsletter has everything you need to sound like a person who’s on TikTok, even if you aren’t.