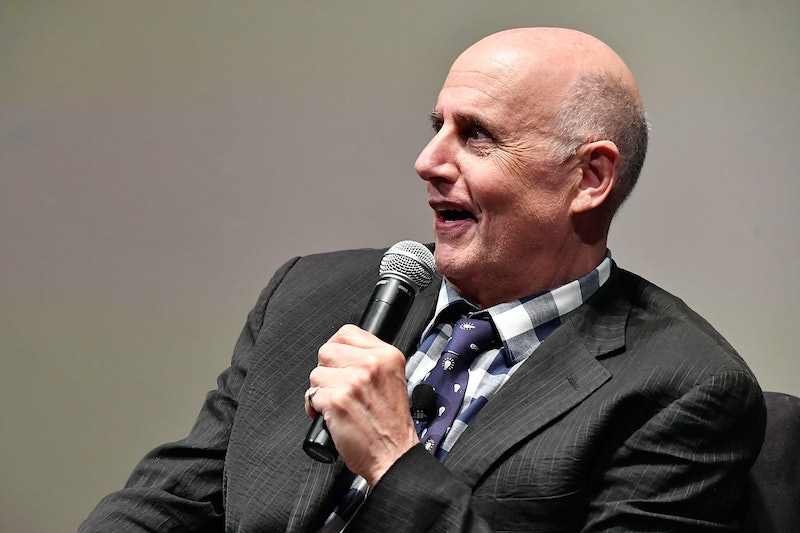 There are just some people that you consider national treasures, whose talents are so unquestionable that everyone else may as well go home. Apparently, Jimmy Kimmel knows that, because he opened the 2016 Emmys by handing Jeffrey Tambor an Emmy before the show had even properly begun. Watching Kimmel jog off the stage with the gold statue in his hand and hand it to Tambor, who looked both delighted and confused, was one of the highlights of the night. And people were both delighted and confused by the moment as well. So, did Jeffrey Tambor really win the Emmy? He's been doing some amazing work on Transparent, so it's not like it would be unbelievable.

Unfortunately, Tambor didn't really win the Emmy. Not yet, anyway. It appeared to just be a gag on the part of the host to hand him one, probably because he's a huge fan of Transparent and wants everyone to be really clear on where he stands in the Outstanding Lead Actor in a Comedy Series category. Or maybe he's just a huge fan of Tambor in general and wanted to give him an award for existing. It happens. I mean, that's how I feel about Beyoncé.

Whether Tambor will actually go on to win the Emmy against the likes of Anthony Anderson, Aziz Ansari, Will Forte, William H. Macy, and Thomas Middleditch still remains to be seen. But, let's be real, they're probably going to have to pry that Emmy out of his hands. Or, maybe, if he doesn't actually win in his category, then he will get up from his seat to be the one to present the award to the real winner. How cute would that be, you guys?

Fingers crossed for Tambor. Then again, it's probably better to have had an statue and lost it than to have never lost a statue at all or... something.