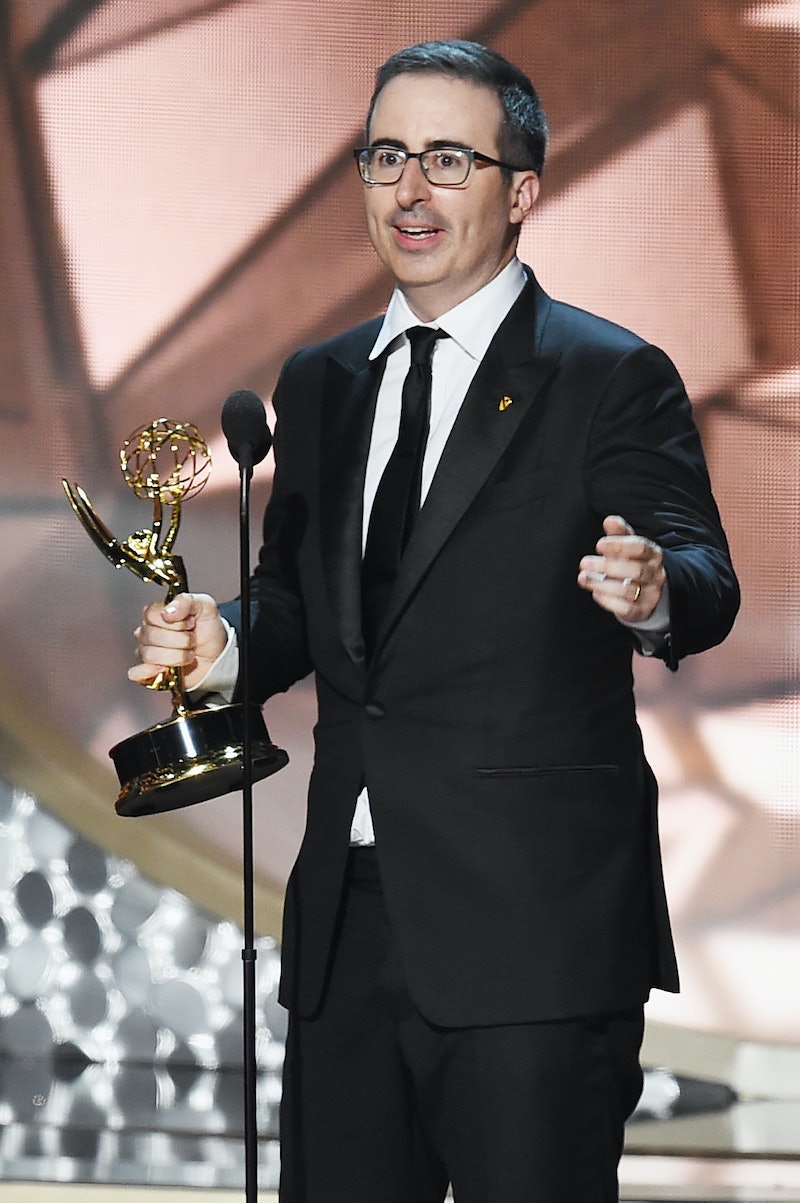 Just like Matt Damon, I was pretty pumped to see John Oliver win at the 2016 Emmys for Outstanding Variety Talk Series. While he was up against Comedians in Cars Getting Coffee, Jimmy Kimmel Live, Real Time With Bill Maher, The Late Late Show With James Corden, and The Tonight Show Starring Jimmy Fallon, Last Week Tonight With John Oliver was the obvious winner of the category. Even though Oliver might not have been born an American, as Emmys host (and category loser) Kimmel noted, he has been tackling American issues with poignancy and humor. Regardless of his birth country, he was the right choice to win this American award.

As the only heir apparent to Jon Stewart's The Daily Show (which beat out Last Week Tonight With John Oliver at the 2015 Emmys), it makes sense that Oliver took over Stewart's throne. Every week on HBO, he teaches me something about how messed up this great nation we live in is, while also making me giggle with his adoration of the cutest animals on the Internet. He informs and entertains, and fans couldn't have been happier that the man who gets an extra six days of news to report on won this deserved Emmy.

Now, more than ever, the U.S. needs Oliver's mix of of intelligence, humor, and detailed reporting, and Oliver's fans are thrilled to see that the Emmys recognize this.

More like this
Everything To Know About 'The Undeclared War' Season 2
By Rachel Mantock
'The Undeclared War' Took Inspiration From This Gavin & Stacey Location
By Maxine Harrison
20 Photos Of "Beefy" Jeremy Allen White To Tempt You To Watch 'The Bear'
By Radhika Menon
Who Is 'Stranger Things 4' Fan-Favorite Joseph Quinn Dating IRL?
By Grace Wehniainen
Get Even More From Bustle — Sign Up For The Newsletter