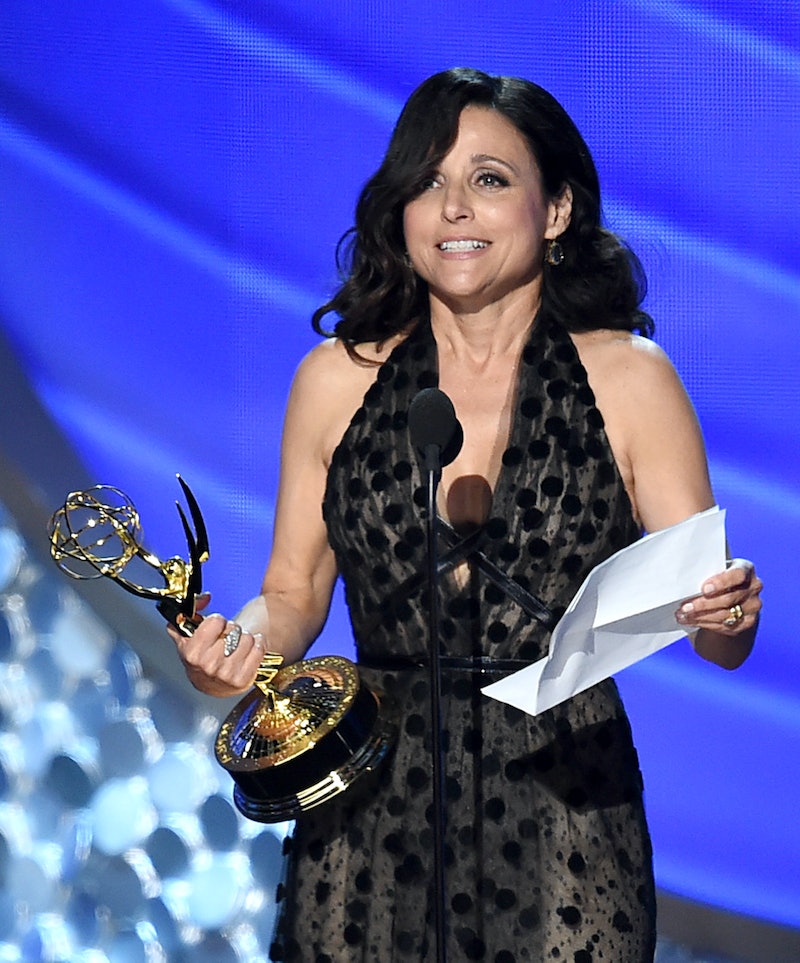 As glamorous and incredible as an awards show like the Emmys can appear, there's a lot of worry that comes with it. Not only do the nominees have to worry about whether or not they'll take home the win in their respective categories, but they also have to make sure not to do anything to embarrass themselves on a live event. (When it comes to the Emmys, there are no do-overs.) And while some people may crack under the pressure, others can handle themselves like pros, especially if your name is Julia Louis-Dreyfus. The Veep actress tripped at the Emmys while heading up the stairs to accept the trophy for Outstanding Comedy Series along with the rest of the team. However, she was able to recover from the near-fall so fast that if you blinked you may have missed it.

Not that I blame her in any way, of course. I would definitely trip on my way up those steps even if I were wearing sneakers, let alone any form of high heel footwear. And when you feel like you're on the clock, it's natural to try an rush up there, which can sometimes lead to fashion faux pas. I'm not sure if she misstepped or if her dress got tangled up at the bottom, but you can see if fall forward briefly only to get back up seconds later like the professional that she is.

Louis-Dreyfus isn't the first to take a tumble up those steps and doubt she'll be the last, but it shows that even the most talented stars aren't immune to normal human slip-ups. And we shouldn't be surprised that she was able to recover as quickly and flawlessly as she did. Selina Meyer would've been proud.