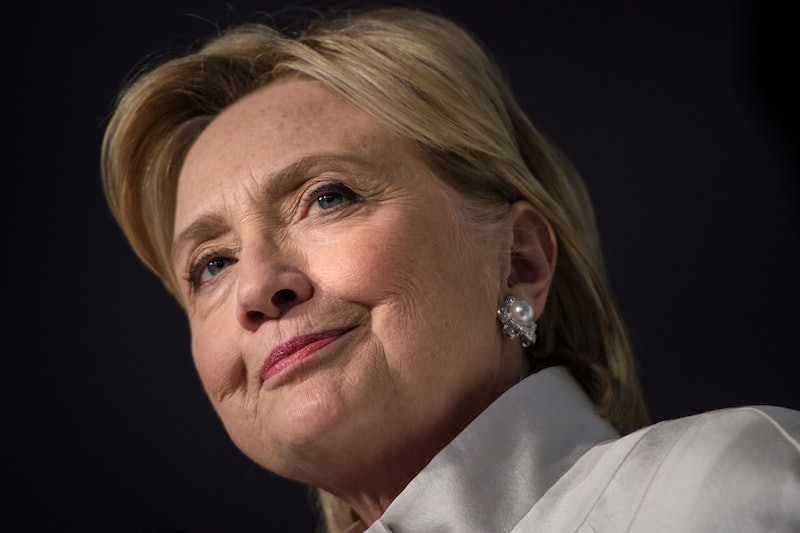 It's coming up to that special point in the electoral campaigns: the first Presidential Debate will be held on Sept. 26, and it will see Hillary Clinton and Donald Trump debate the issues that matter (or at least insulting each other in a manner entertaining to the electorate). This debate series will be historic: it will be the first in America's history featuring a woman, and the press's attitudes towards that fact may, I fear, not be particularly helpful. Can Clinton do anything in a Presidential Debate that can satisfy the media?

Ezra Klein wrote an extraordinary piece for Vox on Clinton in June that outlined why her skills may not be particularly suited towards aggressive debating: Clinton, he makes clear, has built her career on being a phenomenal and responsive listener rather than an orator. That skill makes her a consummate politician and leader, but slightly at a disadvantage when it comes to winning hearts and minds through aggressive speeches. He also suggests that the modern debating format, being built exclusively by men for men, may inherently disadvantage female candidates: "You do not need to assert any grand patriarchal conspiracy to suggest that a process developed by men, dominated by men, and, until relatively late in American life, limited to men might subtly favor traits that are particularly prevalent in men."

Bearing this in mind, the media's attitudes towards Clinton's performance on Sept. 26 might still vary, but I've got a few ideas about how they'll play out in the press. Call me pessimistic if you like, but I'll bet $100 somebody makes a stupid remark about her voice on the national news. Here are six likely scenarios we might see play out for Clinton — and how the media is likely to cover them.

Discussions of Clinton's tone have been at the forefront of some media commentary of her recently, including perspective from Clinton herself. She told Humans Of New York, the candid interview site, that, "I've learned that I can't be quite so passionate in my presentation. I love to wave my arms, but apparently that's a little bit scary to people. And I can't yell too much. It comes across as 'too loud' or 'too shrill' or 'too this' or 'too that.'" In other words, gender associations with loudness are masculine, and women who enter the world of shouting are pilloried as somehow abnormal.

The New York Times has already discussed the media tendency to "worry" over Clinton's louder oratory, noting that her voice has been called "harassing to the ear" and that pundits tend to resist her louder oratory, purely because she shouts occasionally. (Even the BBC called her "shrill".) If she happens to take umbrage and raise her voice during the debates, we're much less likely to get "Passionate Clinton" headlines and more likely to see "Woman Atonally Screeches On Stage, Probably Damages Her Own Womb" ones.

For Clinton, tone has been a very important issue, for particularly gendered reasons. (Trump's tone doesn't bear much scrutiny, gendered or otherwise: his default setting is "foghorn," without much variation either way.) In classic damned-if-you-do-or-don't style, though, it's likely that if she goes in the opposite direction to "shrill" and "masculine," preferring to speak in a modulated, rational manner, the media will immediately go to the first place they can think of when it comes to ladies: their emotions.

The Huffington Post's Emma Gray calls this "the emotional tightrope" of being a leader and a woman, explaining that "Women know that to receive respect in a professional setting means being articulate and assertive, but not aggressive or angry or b*tchy; warm and inviting, but not fake or emotional; passionate, but not threatening." Clinton's tightrope-walking will be on full display in the debates, and if she wavers away from anything displaying passion or aggression in case it's perceived negatively, she'll be labelled insufficient by not showing any of that good ol' lady-emotion. That's just unnatural.

Likely Reaction: The Media Makes Insulting Remarks About Her Appearance

The woman's just had walking pneumonia, for heaven's sake. And she's 68 years old, on the campaign trail to be president. At this stage in the electoral cycle, most candidates resemble a version of themselves that's been crumpled and ironed out multiple times. But as Trump has pulled focus constantly to his opponent's appearance, so the media will follow. Societal disregard for the middle-aged or older woman is based, scientists believe, in their perceived "loss of reproductive value;" a 2014 study found that aging male faces were believed to be more powerful and dominant, while aging female faces were simply deemed to be less attractive. Clinton, purely by dint of not being 24, will attract commentary on her eye-bags, her wrinkles, her frailty, her temerity at wearing a pantsuit rather than a bag over her head.

Likely Reaction: The Media Makes Insulting Remarks About Her Appearance

Despite copious evidence to the contrary (Obama's personal brand has been cultivated by photographers throughout his time in office, capturing his most intimate moments), politicians are not meant to be seen as "vain" or "self-centered." But in female politicians, that critique takes on an additional moralistic flavor. The concept of vanity as something inherently feminine and destructive is a very old one; women have been perceived as too flippantly silly to hold decent ideas or high office, too small of intellectual capacity to think of anything besides fans and face powder, for huge swathes of history.

Clinton's fashion and face have been an upsettingly prominent part of media coverage (The Boston Globe laid on a flabbergasted editorial in June when she branched out from monochromatic pantsuits), and if she turns up looking beautiful, well-turned out, even presidential, you can be assured that at least one media commentator will ask, smugly, if she cares more about lipstick than the future of America, as if that is ever a serious question to ask.

Research has repeatedly indicated that, in conversations between genders in professional settings (and likely casual ones too), men frequently interrupt women, often without realizing that they're doing it. The problem of being talked over and ignored has even proved an issue in the Obama White House, with news emerging last week that female staffers had developed their own code — if one woman made a point, another would repeat it and give the original speaker credit — to amplify the voices of women in the room and stop them being shouted over.

Women, in other words, are not expected to interrupt; men are. If Clinton overrides Trump on a point, butts in, refuses to be talked over, or is in any way conversationally combative, she will be crossing a gender line, and you can be assured that the press will make her feel it. "Grumpy Clinton." "Haranguing Hillary." "Debate Devolves Into Shouting Match."

Likely Reaction: The Media Calls Her A Passive Pushover

Clinton may well choose to let Trump ramble; his off-the-cuff style may get him into more trouble than a well-placed interruption. But that won't be helpful to the media pack either. She'll be seen as too passive, too afraid to ask the tough questions, too meek; too stereotypically female, in other words. "Shouldn't a presidential type be unafraid to ask the tough questions?" some pundit somewhere will roar. "Is Clinton that easily cowed?"

In a debate system designed explicitly for two men to shout at (and over, and beyond) one another, a shouting, or even speaking, woman is a massive adjustment to social attitudes. Personally I'd quite like to see her literally breathe fire. "Hillary: Part Dragon?" headlines would be far more amusing than any more repetitive nonsense about whether she's "too shrill."

Likely Reaction: The Media Delightedly Makes Her A Meme

This is the dream scenario: one in which Clinton calls on all her experience, her acumen, and the fact that she knows more about the intricacies of ruling this country than any person alive or dead, and crushes Trump into the ground, one well-executed point, eagle-eyed stare, or witty aside at the time. If she emerges so clearly as the victor that she basically deserves a crown, the media will likely celebrate delightedly. This would actually, in historical terms, be in tune with other women in American political history; as historian Dr. Kyle Livie tells Bustle, "Historically, women have used the notion that their gender allowed them to clean up the corrupt dealings of their male counterparts, a trend that began with abolitionist activists in the middle of the nineteenth century and continued to help buoy Progressivism in the early twentieth century." So how would the media likely react to anti-corruption, barnstorming Hillary? In the most 2016 way possible: with a meme.

We've had the Hillary-in-sunglasses-ruling-the-world one, and in the wake of a smashing victory we'll likely get some of her most brilliant moments endlessly recycled as an icon of badassery. As they should be.