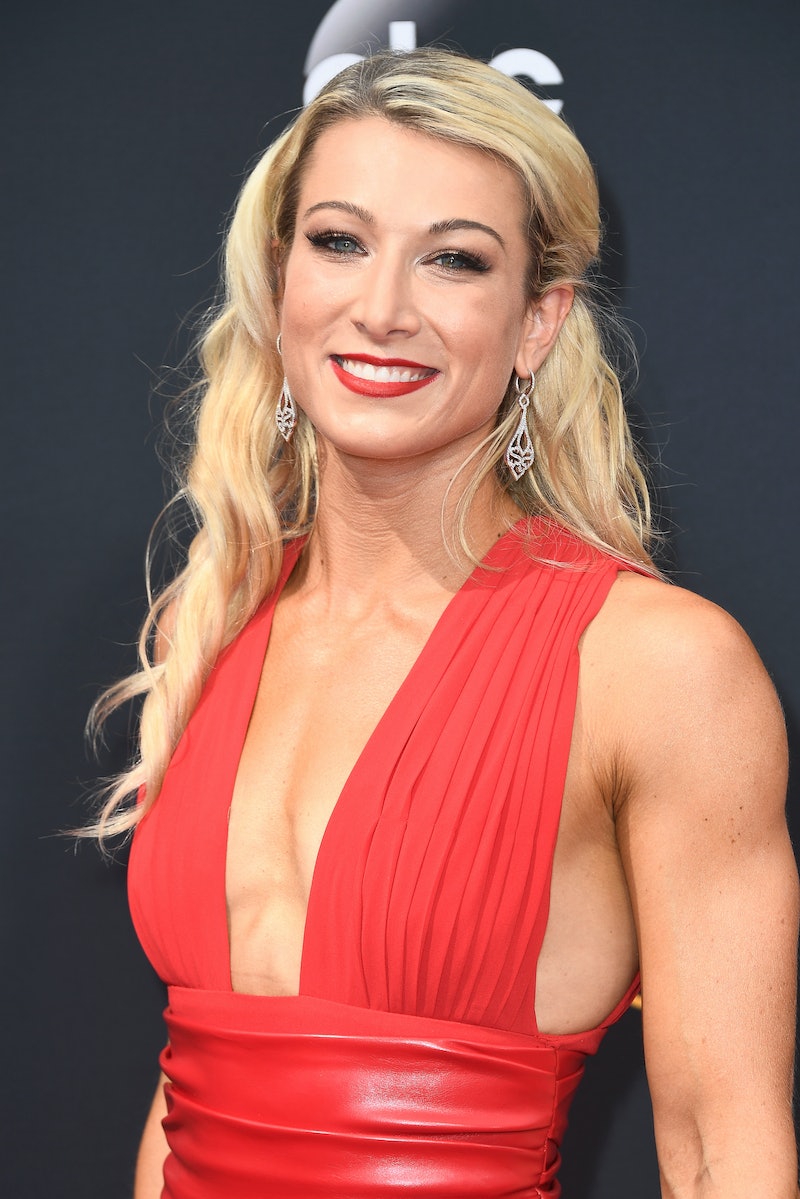 There were many winners at the Emmys on Sunday, and I'm sure you could rattle off the names of most of them at the drop of a hat. But one of the big winners of the night didn't even walk away with a trophy. She had her claim to fame before she even entered the building for the award show, and it has everyone talking about her. So who is Jessie Graff, anyway? She's the American Ninja Warrior alumna, who won the 2016 Emmys red carpet with her kickass moves that blew the poses of the other performers out of the water. You're gonna want to know all about her.

Graff was at the awards show in connection with her work on a variety of programs, including Supergirl and Agents of S.H.I.E.L.D. But don't worry if you don't remember her face from their casts, because Graff actually works behind the scenes as a stuntwoman for the action-packed shows. In fact, even though she's just 32, she has already executed stunts on almost 70 projects, including TV shows like Sons of Anarchy, Pretty Little Liars, and Crazy Ex-Girlfriend, and movies like Bridesmaids and X Men: First Class.

She's trained in seven varieties of martial arts, including boxing, Capoeira, Muay Thai, and Wu Shu, and has racked up a Black Belt and a Black Sash in Tae Kwon Do and kung fu, respectively. It's likely that kind of training that gave her the flexibility, raw power, and the straight up confidence to pull a move like the one below, in the middle of the Emmys red carpet, in a floor-length gown. Check out this insane photo.

So much for just putting your hand on your hip and smiling, huh? I love how much this pose shows off Graff's personality — not only her strength, but also her playfulness. She's pulled similar punches on red carpets before, but this is the first time she's done it in formal attire, which makes the image all the more striking.

It's exactly the attitude I'd expect from the first woman ever to complete Stage 1 of the American Ninja Warrior national finals, a feat she completed this past August. But Graff isn't just a physical presence. According to the Nebraska Alumni Association, she began her college career as an aerospace engineering major at Georgia Tech, before ultimately transferring to Nebraska University to study Theater. (And, you know, rack up accolades in pole vault at both institutions, because she wasn't impressive enough yet.)

Is there anything this woman can't do? If there is, we haven't found it yet, because Graff is a force to be reckoned with. We should give her an honorary Emmy right now for demolishing the red carpet competition with that killer pose.