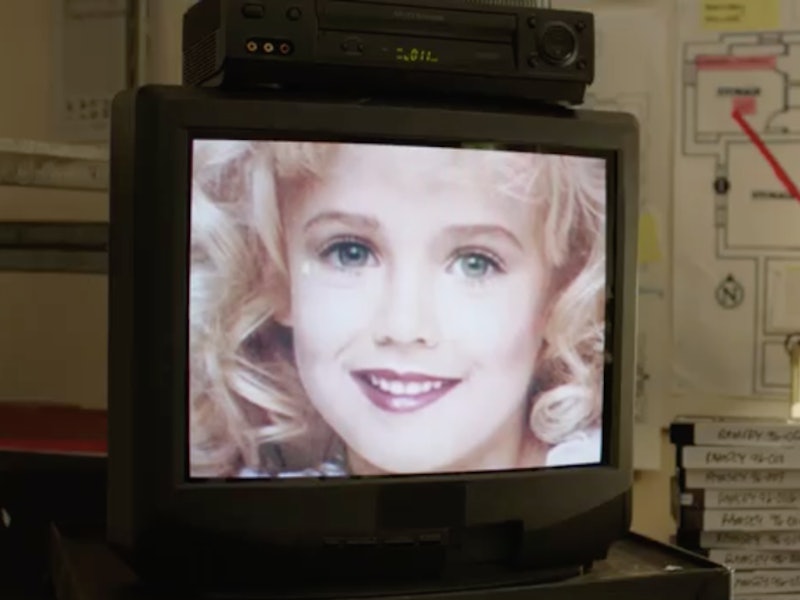 Nearly every aspect of the 1996 murder of JonBenét Ramsey has baffled investigators for two decades, but one of the most enduring question marks in the case is the bizarre ransom note found in the Ramseys' home before JonBenét’s body was discovered. The handwriting in the JonBenét Ramsey ransom note has been studied at length, only to lead to inconclusive, often conflicting, reports. What can handwriting tell us about a person? Experts in the field suggest that we can learn quite a lot from the way someone writes. And yet, even after 20 years of investigation, the identity of the letter writer in the JonBenét Ramsey case remains as mysterious as ever.

Early in the morning of December 26, 1996, Patsy Ramsey called 911 to report that her 6-year-old daughter had been kidnapped, and that a ransom note had been left in her house. Eight hours later, JonBenét’s body would be found in the wine cellar. The note raised a number of questions that, to this day, have yet to be answered: Who wrote it? Why would someone write a ransom note if he or she had already killed, or planned to kill, JonBenét? Is the person who wrote the note also the murderer? Who or what does the letter’s signature — “S.B.T.C” — signify? The ransom note was also highly atypical in a number of ways: Most ransom notes are short and succinct, but this one rambled on for two and a half pages. The letter appears to have been written in the Ramseys’ home, with their paper and pen, an endeavor that would have added considerably to the writer’s risk of exposure. And the writer’s comments — including an oddly specific demand for $118,000 — suggested that he or she was well acquainted with the Ramsey family.

Unsurprisingly, the ransom letter continues to be regarded as a key piece of evidence, as it represents the only communication investigators have from the killer (if, indeed, the writer and the killer are the same person). Experts have picked apart every aspect of the note, from where in the house it was written, to what its language and phrasing says about the writer. The letter’s handwriting, stretched across more than two full pages, has also been an important point of consideration.

Graphology is a contested field, with some critics arguing that it is a pseudoscience akin to phrenology. Nevertheless, some people swear by it, particularly in France, where as many as three-quarters of companies use graphology in their hiring practices. A 2004 article by The New York Times also suggests that handwriting analysis is becoming more popular in the United States as a way for employers to assess potential employees. According to McKnight, graphology has been used in criminal investigations to help develop profiles of possible suspects.

There is also another type of handwriting evaluation known as “forensic document examination.” Rather than collect information about a writer’s personality, experts in this field examine handwriting in questioned documents in order to detect forgeries and prove (or disprove, as the case may be) that a document was written by a particular person. Forensic document examiners can also analyze aspects of non-handwritten documents, such as where and with what equipment a document was printed.

The longer a writing sample is, the more there is to analyze and compare, so it seems like the lengthy JonBenét Ramsey letter would be a treasure trove of information. And, yet, throughout decades of investigation, the letter has only led to more confusion, not less. Some experts have argued that the writer of the note deliberately tried to disguise his or her handwriting, especially at the beginning. However, an attempt to alter one’s handwriting wouldn’t necessarily prevent useful analysis. “To the trained eye, the core strokes each particular writer writes do not really change. No two people write alike, ever,” McKnight tells Bustle. “That is why a handwriting expert trained in questioned document examination is not easily fooled by someone trying to mask their handwriting.”

Handwriting analysis has yet to identify the writer of the ransom letter, though some experts claim to have done so. Both John and Patsy Ramsey submitted handwriting samples to the police shortly after JonBenét was killed. Investigators ruled out John as the writer of the note, but Patsy’s handwriting has kept her under suspicion. In 1997, Vanity Fair published an article that cited “an investigator closely involved with the testing of the ransom note,” who said that, among 74 handwriting samples analyzed by investigators, “Patsy’s handwriting was the only one that set off alarm bells.” In 2001, handwriting analysts Larry Zeigler and Gideon Epstein also argued that Patsy could be the writer. In a segment for Investigation Discovery’s recent series, JonBenét: An American Murder Mystery, handwriting expert Cina Wong supported the theory, saying, “It’s highly probable that Patsy Ramsey wrote the ransom note.” However, after years spent under a cloud of suspicion, John and Patsy Ramsey were both officially exonerated by Boulder County district attorney, Mary T. Lacy, in 2008 when new DNA evidence revealed that they were not the killers.

Another name that comes up in analyses of the ransom note is John Mark Karr, the man arrested for the murder after he confessed to killing JonBenét in 2006. At the time, handwriting analyst Curt Baggett claimed that Karr was the writer of the letter, based on a comparison to an entry written by Karr in a yearbook. “There are at least a dozen traits that match up perfectly, when comparing a (high school) yearbook signed by Karr and the ransom note,” Bagget told the Boulder Daily Camera in 2006, adding that the “chances are a million-to-one” that Karr didn’t write the note. Although some other experts agreed with Bagget, others were more skeptical. Document examiner Reed Hayes said that he saw some similarities between the ransom letter and Karr’s handwriting, but “not enough that I would identify him as the writer. In fact, I would lean more toward him not being the writer.” Another document examiner, Ronald Morris, argued that it was simply impossible to do an effective analysis without seeing the original documents in question. Ultimately, police released Karr in 2006 when they discovered that his DNA did not match that found on JonBenét Ramsey’s clothing and could not find any other evidence connecting him to the crime.

When placed in front of the right eyes, handwriting can reveal a great deal of information, but the handwriting in the JonBenét ransom note — as with so many other aspects of the case — continues to elude even the most expert examiners and analysts. Unless someone comes forward with new evidence or testimony, it’s unlikely that we’ll ever know who wrote the ransom letter, and what the circumstances were under which he or she wrote it. In a 2000 interview with Larry King, Patsy Ramsey acknowledged the mystery, saying, “God knows who killed JonBenét Ramsey. … Patsy Ramsey does not know, and John Ramsey does not know. God knows, and the truth is going to prevail.”