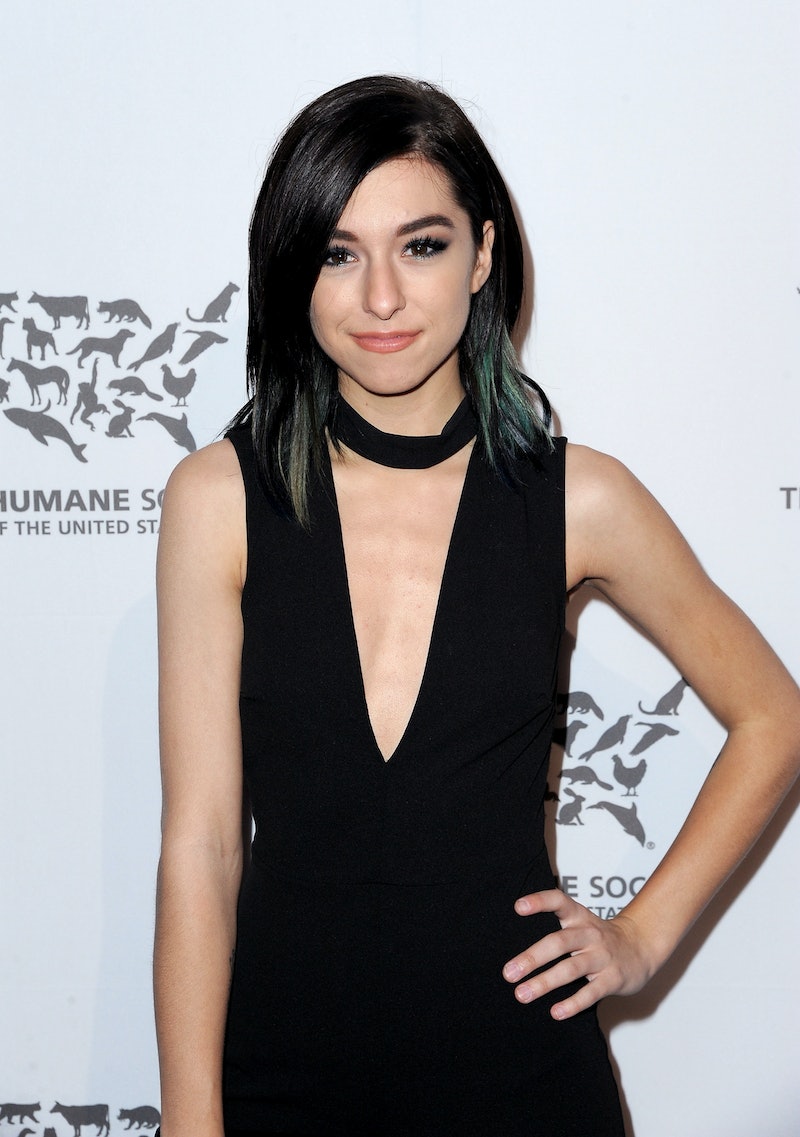 For Christina Grimmie fans watching the 2016 Emmy Awards on Sunday night, there was a notable absence from the "In Memoriam" segment. Despite the fact that the late singer rose to fame on The Voice — which won the award for Outstanding Reality Show Competition that night — Grimmie was not included in the "In Memoriam" tribute. (Bustle has reached out to the Television Academy for comment, but has not yet heard back.) Fans, understandably angry, stunned, and disappointed, have taken to Twitter in droves to voice their frustration at the surprising snub.

The Emmys is not the first award show in which the young singer has not been honored since her death: Grimmie, who died at age 22 after she was shot while meeting fans after her Orlando concert on June 10, was notably not mentioned during the 2016 Teen Choice Awards — despite the fact that she won a posthumous award for Choice Web Star: Music and Jessica Alba introduced a segment about gun violence, sharing the stage with victims from Orlando, Newtown, and San Bernadino, Billboard reported at the time.

This, of course, all set the stage for the outpouring of outrage from fans on Sunday night, justifiably angry that Grimmie was (once again) left out of an award show segment:

And Grimmie was not the only star left out of the Emmys' tribute: As Zap2It points out, other notable celebs missing from the segment included Alexis Arquette (the transgender actor who died last week and had appeared on Friends and Roseanne), famed WWE wrestler Chyna, Mob Wives star Angela "Big Ang" Raiola, back-to-back Emmy Award-winner comedian/actor Larry Drake, and Ice Road Truckers' Darrell Ward.

With award show season ramping up, hopefully the backlash surrounding Grimmie's absence will be taken into account — and the late singer will be honored in upcoming tributes, such as the 2017 Grammy Awards.