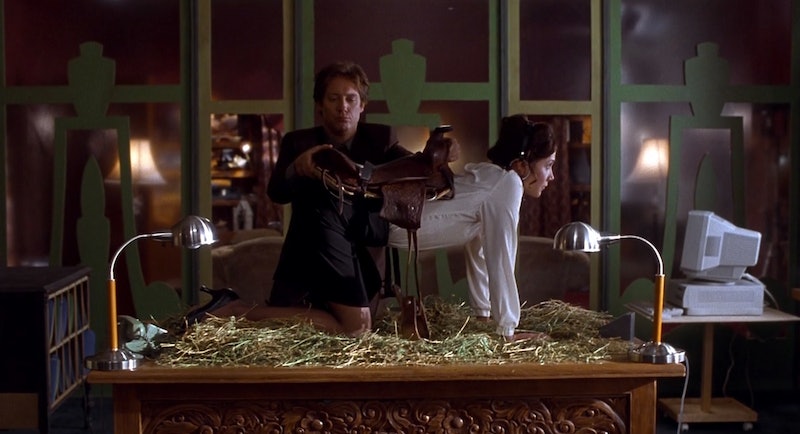 Try as the movie industry might to sell these movies as films that are worthy of acclaim and attention, there are a lot of popular movies that are basically softcore porn. Admit it. There are a few titles that come to mind the minute you read the title of this article. They are the movies that you secretly watched as a kid when no one was looking, or that you made note of later in life when watching them with friends. These movies are the ones you return to not so much for the amazing plots — even though, to be fair, some of them do have those too — but for the simple and titillating fact that they’re downright dirty in all the right kind of ways.

Sure, it stars your favorite actors of the early ‘00s, but it’s also just straight up sexual tension served to the world on a pretty little Upper East Side platter.

Admit it: You don’t read the subtitles to this film either.

Was there even a story to this film about a stripper? If there was, I definitely don’t remember it.

Who cares what this movie is about. The only thing anyone talked about when it came about was that scene where Neve Campbell and Denise Richards made out.

Rebecca Romijn writhing on a table in next to nothing was totally necessary to the plot of this film. Clearly.

This movie about a high school football team in Texas taught us all a thing or do about what to do with a can of whipped cream.

I think there was a story to this film, but mostly I just remember the room. You too, right?

13. The Diary Of A Teenage Girl

Let’s face it. There’s definitely a reason why people keep watching these movies over and over again. And it isn’t necessarily for the acting.