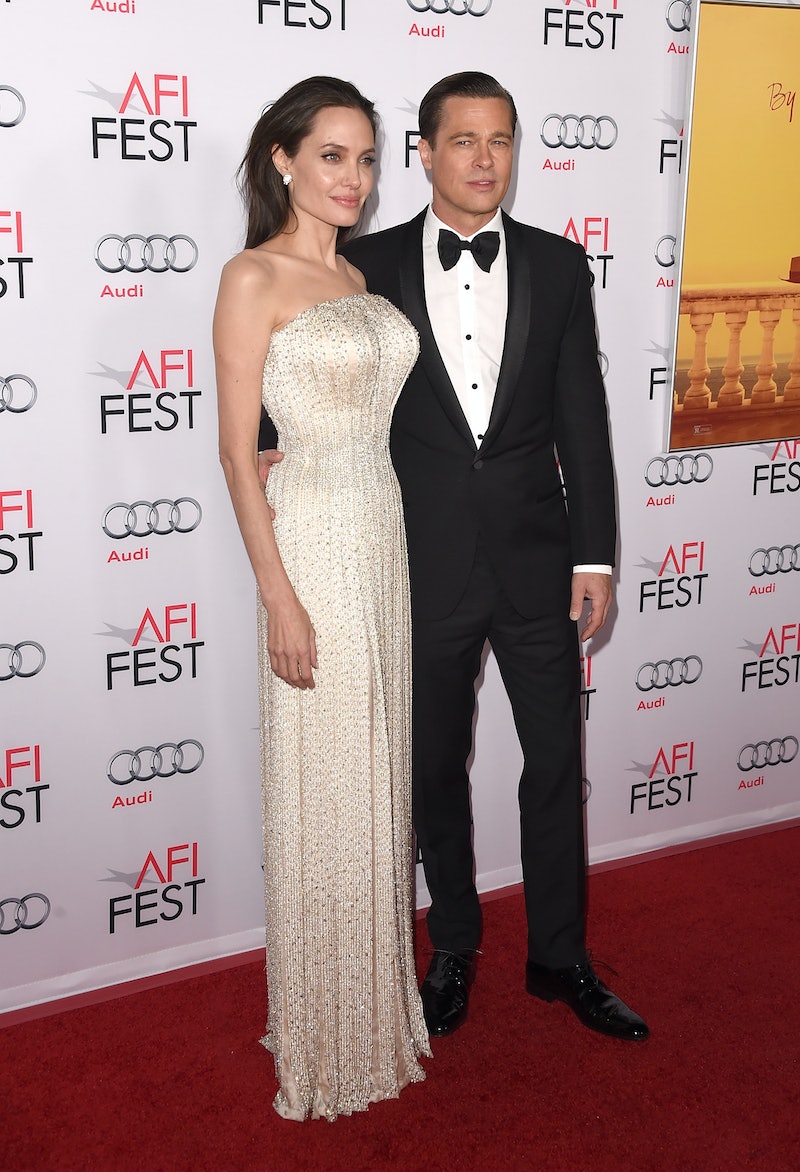 Some news is sad, and some news makes you question everything you thought you knew about love. According to a report from TMZ, Angelina Jolie has filed for divorce from Brad Pitt, which definitely falls into the latter category. After reading this devastating report, I wanted to go back to a time when they seemed happy, when they were together and dressed up and smiling. It appears that Brad Pitt and Angelina Jolie’s last joint red carpet appearance was at the 2015 AFI Fest, while promoting their movie By The Sea.

The film was widely panned by critics and mocked by the public, but hey — it’s a movie that Pitt and Jolie made together, and these two have so much money (collectively and apart) that they could make a movie that’s four hours of tumbleweeds blowing across a road and still keep their lives and careers. Jolie and Pitt were always private people, rarely giving the public a glimpse into their lives and their children unless they could use it as a way to donate money to charities. But By The Sea gave the couple a reason to make public appearances together, and they seemed happy when debuting and promoting it at the 2015 American Film Institute Festival. Of course, these two are actors, and one can ever really tell what’s going on under the surface.

Still, is this the face of a couple on the rocks?

They're all smiles here.

You guys, sometimes things are just not fair.

Like I said, there's no way for us to know what was happening under the surface of the Brangelina relationship, but at least fans can look back at these images and remember a simpler, happier time.

More like this
Ryan Gosling’s Ken Just Got The Seal Of Approval From His Partner Eva Mendes
By Rachel Mantock
At 28, Emma Thompson Was Already A Star — But Unhappy In Love, Actually
By Olivia-Anne Cleary
Austin Butler & Kaia Gerber Have Had The Ultimate Whirlwind Romance
By Sophie McEvoy
Photos Of The 'Elvis' Cast vs. Their IRL Counterparts Will Have You All Shook Up
By Grace Wehniainen
Get Even More From Bustle — Sign Up For The Newsletter