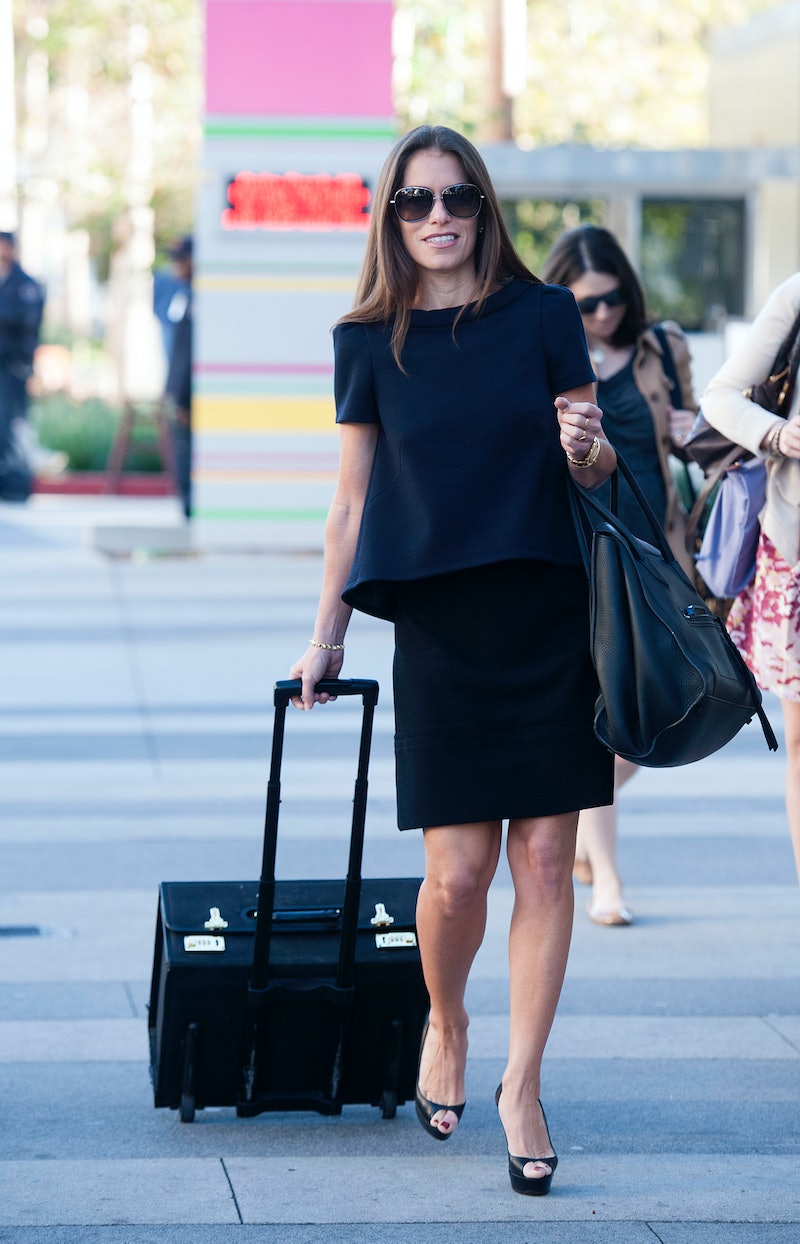 The news of Hollywood golden couple Brad Pitt and Angelina Jolie's divorce may have already broken the hearts of fans across the world. But, with the divorce papers having been filed just recently, this is only the beginning of what's sure to be a difficult split to process — and one that will no doubt be in the tabloids on a daily basis. And, with matters such as money — and who gets full custody of their kids — on the table, it only makes sense that Angelina Jolie hire the best divorce attorney in the biz. According to reports from sites like TMZ, the woman repping Jolie is none other than high-powered Hollywood divorce attorney Laura Wasser — so, I have to wonder, who is Laura Wasser?

Wasser, an accomplished lawyer and Los Angeles native, is no newbie to the world of crazy celebrity divorces. In fact, in the past, this divorce attorney's name has been tied to legal separations for couples like Ashton Kutcher and Demi Moore, Nick Lachey and Jessica Simpson, Britney Spears and Kevin Federline, and more. Also, when it comes to Wasser's history wih Jolie herself, if she is in fact repping Jolie in her divorce from Pitt, this wouldn't be the first time they've worked with one another: Wasser also happens to be the same divorce attorney who was representing Jolie when the actress/humanitarian divorced her first husband, Billy Bob Thorton, in 2002. In other words, she's experienced with all sorts of high-profile cases like this one.

So, what's the key to her thriving career? Wasser always keeps things on strict business terms — even when the press is at play. "[I tell clients], let's do this in a way that we can keep your sanity and your bank accounts intact," the Loyola Law School and University of California, Berkeley alumnus told E! News in an October 2013 interview. "There's no reason to turn this into some kind of a melodrama — particularly if you're a famous person, because we know it's all going to get played out through the media." This is exactly why it's no wonder that everyone from the Kardashians to Stevie Wonder have turned to Wasser for help.

When it comes to filing Jolie's second set of divorce papers, Wasser has yet to publicly release a statement upon reportedly being hired. However, Jolie's personal attorney, Robert Offer, released a statement on behalf of Jolie regarding the split, "This decision was made for the health of the family. She will not be commenting, and asks that the family be given its privacy at this time."

Additionally, Pitt's camp released a statement to PEOPLE magazine, saying, "I am very saddened by this, but what matters most now is the well being of our kids. I kindly ask the press to give them the space they deserve during this challenging time."