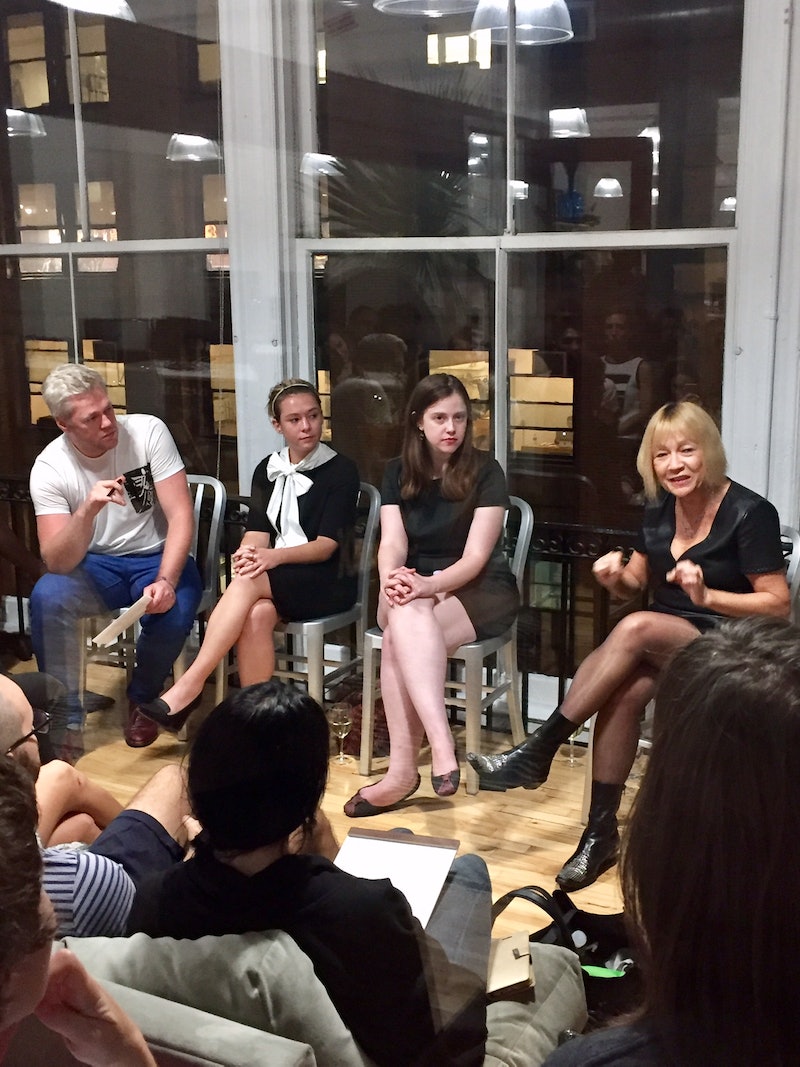 In 2016, there are more woman-run sex tech startups than ever. Female sexuality is finally being highlighted as a subject worthy of attention, and yet, sex tech startups aren't able to get the funding and advertising they need to change lives with their products. Many investors are squeamish about getting into bed with sex tech, SBA loans and payment processing vendors are nearly impossible to secure, and major sites refuse advertisements that are sexual in nature. And yet, through the help of crowdfunding, word of mouth, and a few rogue investors willing to take a chance, sex tech is still poised to be the next big thing.

During a two-hour panel conversation, Gallop, Rodriguez, and Lieberman shared both personal and professional experiences while fielding questions from the audience about the sex tech market, sexual expression, and female pleasure in the 21st Century. These are five powerful statements from the event that highlight the social and financial issues in sex tech, and their proposed solutions.

As Cindy Gallop stated at the beginning of the night, "The issue isn't porn, but that we don't talk about sex." Mainstream — and often misogynistic — pornography has become the de facto sex ed for millions of people because sex isn't openly discussed in a majority of cultures. Because of this, a lot of people have no idea what "real world sex" can be. Gallop emphasized a "global need" for the socialization of sex. Bringing sexuality out of the dark and into the light will lead to a decrease in stigma surrounding sex in general, in addition to de-stigmatizing non-normative or alternative sexual practices.

2. Create The Market You Want To See In The World

Polly Rodriguez described going to "a terrible [sex] shop on the side of the highway" when she was younger that was run and patronized by men. The entire encounter felt extremely uncomfortable and unwelcoming, she explained, and so she never went back. When faced with a dearth of female-friendly space to buy sexual products, Rodriguez didn't wait to see a change in the culture around her before creating her company, but instead became the change she wanted to see. One of Rodriguez's goals with creating Unbound, a sexual subscription service with the goal of closing the orgasm gap, is to offer a safe place for women to explore their desires without being judged or ogled at while doing so.

3. We Need A New Vocabulary For Sex

4. Too Many Companies Profit Off Women's Shame

After years of working in consumer electronics development, Janet Lieberman was inspired to start Dame Products after seeing how sex toys weren't held to the same standards as other electronics. Some don't come with a manual that explains how to use them, and others cost hundreds of dollars and can break at any moment. An antidote to these shoddy products, Dame Products strives "to design well-engineered sex toys, to heighten intimacy, and to openly empower the sexual experiences of womankind." And with their first release, the award-winning Eva, they are doing just that.

5. Sexual Values Need To Be Taught At A Young Age

It has been scientifically proven that sexual education is the answer to dispelling myths about sexuality, but the kind of sex ed that leaves off at STD stats and how not to get pregnant isn't enough. Viewing sexuality as a multi-faceted and healthy part of every human being's life is a necessity to chip away at taboos, said Gallop.