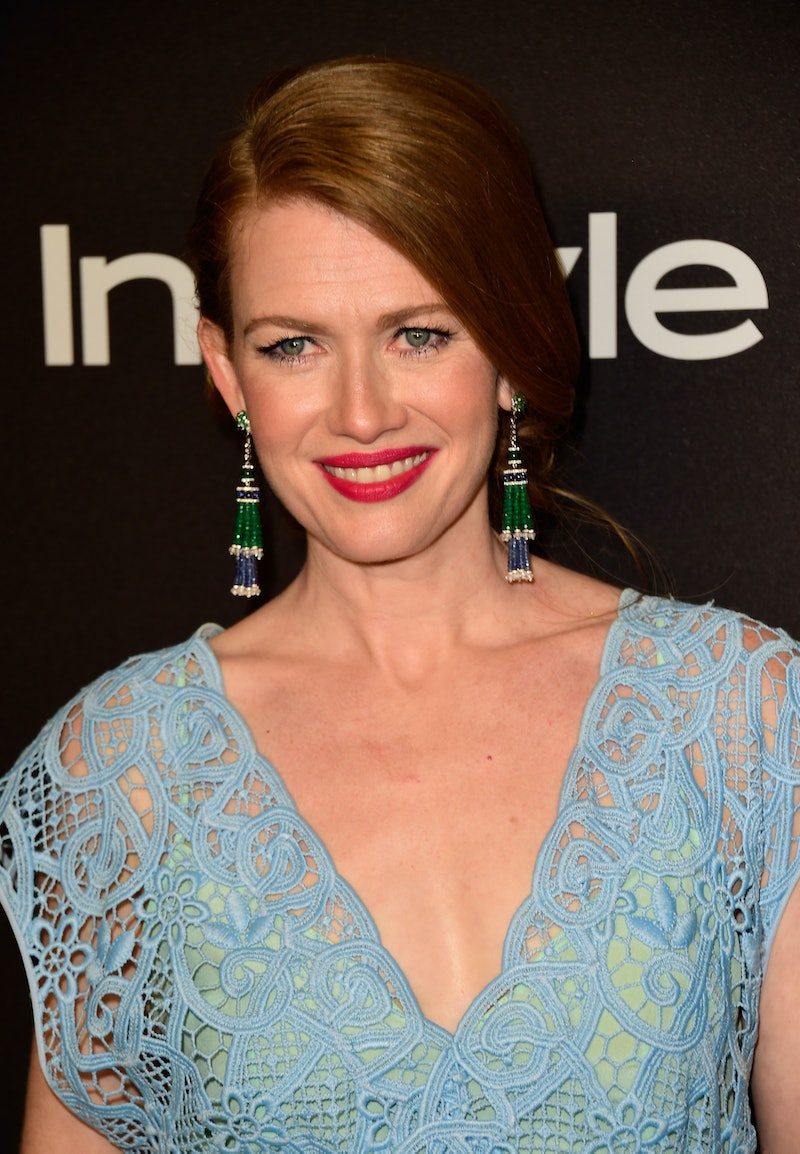 No one will ever describe Mireille Enos as an actor who is typecast. Although she's best known for her critically acclaimed performance as Detective Sarah Linden on The Killing, which earned her Emmy and Golden Globe nominations, her career includes a diverse array of roles, such as Mormon fundamentalist twins on Big Love, an investigator hellbent on tracking down her con artist fiancé on The Catch, and one of many characters on the run from a zombie invasion in World War Z. Her latest role, that of the destructive mom of a teenage waitress, in the independent film Katie Says Goodbye, shows off another new side of the actor, and Enos says she was intrigued by the character's harsh exterior.

"You have to find something to love about them, and to justify why they are the way they are," the actor says, referring both to her character, Tracey, and the other less-then-stellar individuals she's portrayed on-screen. "If we're honest with ourselves, we know that when we act badly, we often blame someone else and make excuses for ourselves."

In the film, Tracey's daughter, Katie (Olivia Cooke), supports herself and her mother by working two jobs — a waitress by day and a sex worker by night. It's a sad reality, and Enos says that Tracey's often deplorable actions added to the movie's impact. "The behavior of others is the platform for Katie's story, but despite it all, we know she's going to be OK," Enos says of the character. "So it was a pleasure for all of us to play villains because the worse we were, the more of a victory it was for Katie in the end."

Enos says she was instantly drawn to the script of Katie Says Goodbye, which premiered at the Toronto International Film Festival on Sept. 11, because of its raw, realistic depiction of impoverished kids and teens in middle America. "These kids get lost and their lives are considered a throwaway," she says. But she hopes Katie Says Goodbye has an impact, at least on some viewers. "You never know who’s going to see a film and how it’s going affect them. There's an opportunity to change to just one life and send the strong message to someone like Katie that they can persevere," Enos says. "We need to tell these stories because they can change lives, and that's why we do what we do as actors."

The movie's unflinching depiction of sex, for instance, might have an influence on young viewers. Part of the reason Katie's character turned to sex work, Enos says, is because no one talked about sex in her household and community. "She had grown up in a context where there was no conversation about sex, or morality versus immorality. That ambiguity makes it easy for a young girl to become a sex worker," the actor says. However, the depiction of Katie's night job also illustrates the strength of her character, something that might resonate with audiences of all ages. "Katie was able to compartmentalize the sex work and keep it separate from her hopefulness," Enos adds. "I also feel like her self-esteem was rooted in something else rather than sex."

The movie will be making waves once it eventually premieres in theaters, and so will Enos' other projects. After the premiere of Katie Says Goodbye at TIFF, Enos quickly headed back to Los Angeles, where she recently began filming Season 2 of Shonda Rimes' series The Catch. She can't provide too many spoilers, but she does reveal that she and co-star Peter Krause campaigned to have more scenes together this season, so viewers will get to see them spend more time together even as the game of cat and mouse continues.

Fans can look forward to seeing Enos on the big and small screens soon enough, taking on a variety of fascinating, must-see roles.