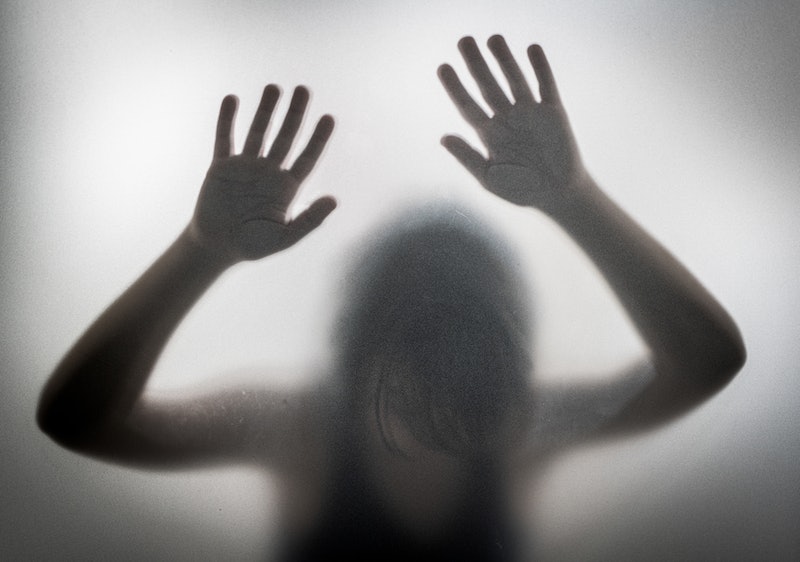 Like most of the celebrations that have earned their spot on the global calendar, Halloween has roots in ancient beliefs, both cultural and religious. While most of them have faded from our collective memory over the centuries, many of the Halloween superstitions we happily take part in began because of those very notions.

Honestly, in your whole life, have you really thought about the absurdity of an old woman flying on a broomstick? Nope, not even for a second, because that's the definition of a witch — always has been, always will be — and that's just what a witch does. She's got warts, she cackles, she chills with bats when Satan's got other plans, and whips up batches of her mystery "brew" because it gives her something to ominously stir in that huge iron cauldron. When you stop to wonder why we let our kids go door-to-door begging for candy, or when carving orange gourds into the rudimentary likeness of some guy named Jack became a completely normal annual event, it becomes clear that most of the mischief we make on October 31 is a remnant of an antiquated superstition.

Sure, we could keep blindly following tradition, or we could answer that burning question: "Why are we doing these ridiculous things?" We're getting to the bottom of it. Here are 13 Halloween superstitions and the super creepy backstories that started them all.

Poor black cats have gotten a terrible reputation as harbingers of evil, or bad luck. This unfortunate association dates back to the Dark Ages, when older, solitary women were accused of witchcraft. Many of these ladies kept cats as company, and the cats were said to be their "familiars," or animals given to them by Satan himself.

Carving a pumpkin is usually one of the least offensive Halloween activities we can partake in, but the lore surrounding Jack-O-Lanterns is grislier than we think. In Celtic folklore, a farmer named Jack one night had a few too many pints and decided to trick the devil (you know, the usual), and because of his poor choice he was banned from both heaven and hell, fated to exist in purgatory for the rest of time. Jack carved a lantern out of a turnip to light his way through limbo, as the story goes, and Irish families who immigrated to America adopted the tradition of doing the same with pumpkins to help guide spirits, like Jack, home on Halloween night.

Just like black cats, bats were thought to be a gift from the devil bestowed upon women who'd promised their souls to him. As a witch's familiar, seeing a bat was a really bad thing; it foretold untimely death, and if a bat flew into your house on Halloween night, it was believed ghosts were present. Why? Because ghosts creeping into the home allowed the bats to fly in with them.

We don't just avoid spiders at Halloween, most of us hate them year 'round. According to one medieval superstition, seeing a spider on Halloween means the spirit of a loved one is watching over you, so maybe the little arachnids aren't so bad after all.

The lore surrounding witches is actually pretty depressing. Basically, if you were a single, widowed, unmarried, or socially awkward solitary woman over 40, Dark Ages logic labeled you a witch. Because most of these women resembled The Crone of Celtic mythology (think grey hair, maybe a few warts, gnarled joints, bent from old age), they were looked down upon and feared by society. As cultures typically do when they develop distaste for a thing, they marked these women as evil. Hence, the witch as we know her today was born.

Piggybacking on the mythology surrounding witches is that of her cauldron. We've all seen the image of a "witch's brew" time and again: She hunches over it, ceaselessly stirring, occasionally cackling, and maybe even sipping what we can only assume is a broth comprising two parts human misery and one part eye of newt; our guess wouldn't be far off. According to legend, The Crone drew souls awaiting reincarnation into her cauldron with every turn of her ladle, and released old souls to be reborn in the same stir.

The symbol of a witch flying on a broomstick stems from the original mythology of the witch herself. The same women vilified as instruments of the devil often had poor eyesight, due to their age, and would use walking sticks to navigate through the forest when the light was low. At times, they used broomsticks for the same purpose, and it was believed that women who really did participate in satanic rituals rubbed a "flying potion" (read: some kind of hallucinogen) onto their bodies that gave them the trippy sensation of soaring through the clouds.

Part of the reason we're obsessed with Halloween is because it gives us a chance to be something we're not. Be it a sexy professor, or a sexy crayon or a sexy psychological reference, putting on a costume has always been a fun, escapist activity. Thank the Celts for this tradition, because they believed that on Samhain, the holiday Halloween is based on, the spirits of the dead could walk freely among the living and it was a terrible idea to turn them away empty handed. In celebration, we dress up and go door-to-door to collect candy, or chocolate (or anything but pennies).

A nod to beautiful, decaying fall foliage, incorporating orange and black in seasonal decorations has been a tradition since the pagans used it in autumnal celebrations hundreds of years ago. In more recent years, purple and green were added to represent other colors seen during October.

We've all seen the TP'ed tree, or eggs smashed on the facade of pretty little neighborhood homes, but this isn't a new feature of Halloween that modern, jerk kids invented; kids have been jerks since the dawn of time! All Hallow's Eve was also hailed as "Devil's Night" by ancient Celts, who sometimes stoked bonfires and smashed Jack-O-Lanterns as part of the mischievous pranks they pulled to get into the spirit of the holiday.

As Halloween evolved from a pagan celebration of fear to a fun-filled night of insulin-spiking indulgence, candy apples were brought into the fold and remain an iconic element of Halloween. As a delicious snack that's in peak season during the fall months, apples made a no-brainer giveaway treat. Traditionally offered to the Roman goddess Pamona during Samhain festivals, apples and caramel have a longstanding relationship with autumn.

Bobbing for apples was once believed to have psychic properties. Because of apples' ties to the autumnal celebrations of the pagans and Romans, bobbing for them was believed to allow a person to see the future. It was thought that the first person to pluck an apple from the bucket without using their hands would be the first to marry. Sure.

Has there ever been such a polarizing candy? Candy corn has legions of fans and just as many haters, but seemingly none in between. Historically, candy corn has no real significance, other than the impressive length of time it's fooled consumers into believing it's an integral part of trick-or-treating, because, let's get real, candy corn is the worst. Since it made its debut in 1880, candy corn has become synonymous with Oct. 31, and unfortunately for me, it's not going away anytime soon. For Halloween's sake, fellow haters, let's put our hatred for candy corn aside, and celebrate the iconic status it's achieved in a relatively short amount of time. That, in itself, is historically remarkable. More like this
What Is The Forest Personality Test? The TikTok Trend, Explained
By Georgina Lawton
The Weeknd Is Turning 2020’s ‘After Hours’ Into A Nightmarish Haunted House
By Radhika Menon
You've Probably Been Saying Ibiza Wrong
By Sam Ramsden
This Creepy TikTok Trend Encourages Out-Of-Body Experiences
By Kaitlyn Wylde
Get Even More From Bustle — Sign Up For The Newsletter