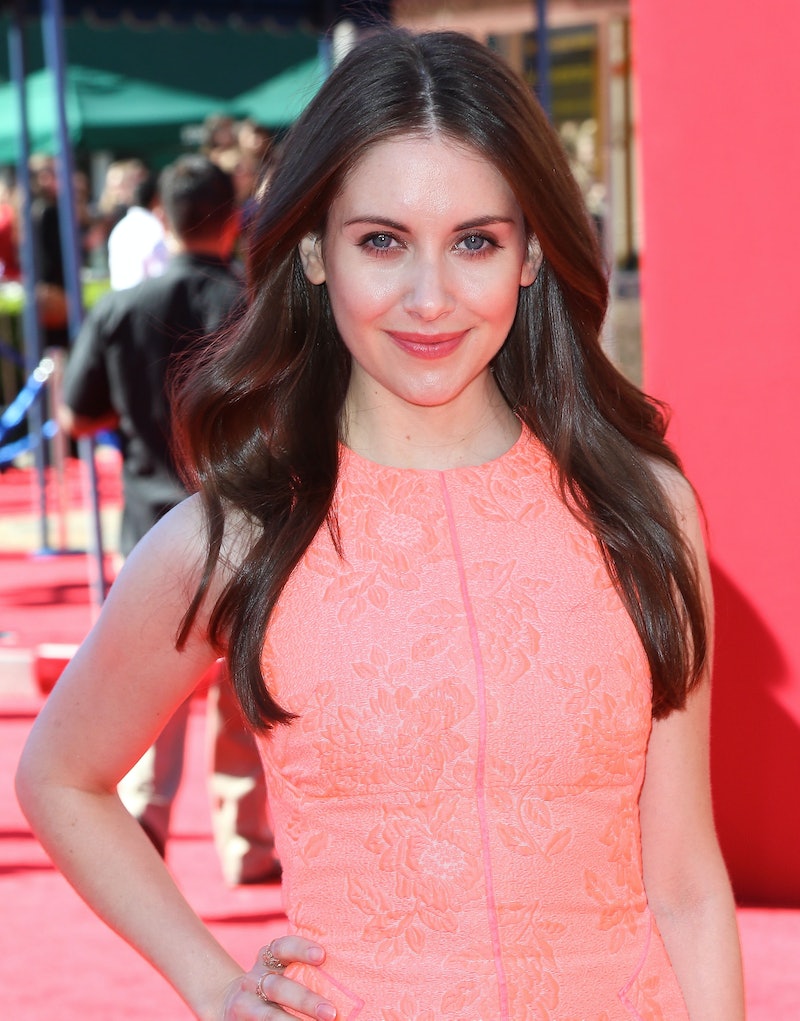 Looks like Annie Edison is taking administrative roles even beyond the walls of Greendale: Alison Brie, who plays the iconic straight-A student on NBC's Community, will be adding a behind-the-scenes credit to her resume. Alison Brie will be executive producer of Teachers , TV Land's newly ordered comedy pilot. The show, which is adapted from the webseries of the same name, follows the misadventures of six unconventional elementary school teachers as they struggle through the indignities of parent-teacher conferences and storytime, using their own brand of oft age-inappropriate humor. (Example: The first episode features a lesson centered around the question "What happened to Seal's face?") Though the several-minute format of the episodes will likely have to expand to fill a conventional TV timeslot, fans of the original needn't worry about too much change: All six of the lead players — AKA, Chicago-based all-female comedy troupe The Katydids — will reprise their roles for the small screen.

Teachers' proven quality aside, TV Land's choice of source material is no big surprise these days: The recent success of Comedy Central's Broad City , another web-to-TV adaptation, along with IFC's signing of YouTube comedy-song duo Garfunkel and Oates, prove that Internet fare can make for excellent television. Indeed, it's especially refreshing to see so many lady-centric stories getting elevated to network status this way — pre-bolstered by fan-love in the democracy of online instead of having to survive the potential boys' club of studio boardrooms.

As the television climate continues its attempts to adapt to the Internet age, it'll be interesting to see how the networks' relationship with online content evolves — whether webseries will continue to be snatched up for traditional production, or whether they'll simply be monetized somehow in their natural HTML habitat. But for now, we can all give a hurrah for funny ladies getting their TV greenlight — and check out Teachers' hilarious "sizzle reel" below: