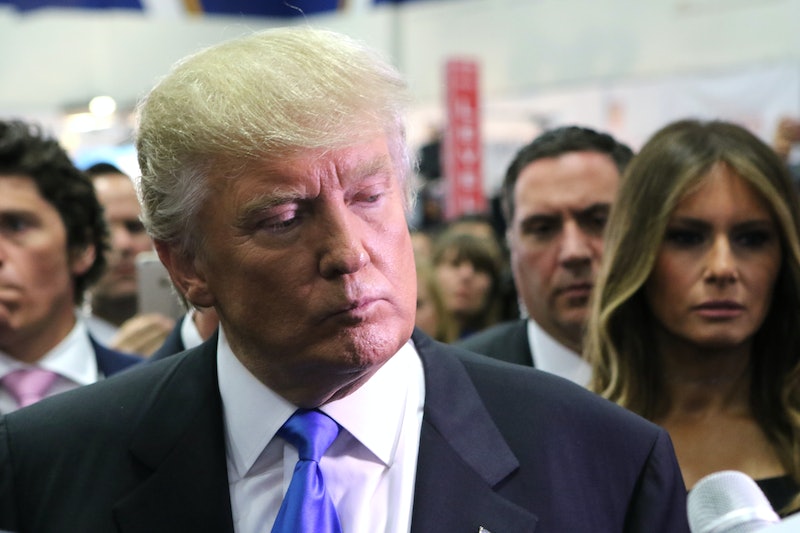 What was the most memorable exchange in the first presidential debate? Was it when Donald Trump asserted that stop-and-frisk, a New York City policing policy that was declared both a violation of constitutional civil right and ineffective by a federal judge, should be implemented in cities nationwide? Was it the discussion of Trump's tax plan, when Hillary Clinton pointed to economic analysis claiming it would cost millions of jobs? Was it the brief discussion of the Obama administration's changes to nuclear first use policy?

Hahahahaha! It wasn't any of those things. It was Clinton's shoulder shimmying, or Trump rambling and interrupting his opponent to say that he has a "winning temperament." The post-debate analysis has been pretty uniform in saying Clinton won the debate. It has also been fairly uniform in saying that the real takeaways of the debate were not related to policy, but rather to "moments" and "zingers."

Early returns show that an enormous amount of Americans watched the debate last night. That is good for democracy. But I believe what they saw was not democratic debate at its finest. This was pretty far removed from the Lincoln-Douglas debates, and just as far from the early debates of television and radio broadcast, as Jill Lepore explained in a New Yorker article.

Instead of Kennedy-Nixon, on Monday night, we got this:

Even when the debate was a little more toned down, it was still far from the high-minded debate that America deserves from the people trying to make decisions about the future of the country.

It wasn't just the candidates lowering the bar. It seems everyone expected this from the beginning. And while Lester Holt did an admirable job keeping the debate substantive and stopping the two candidates from yelling at each other, he was still facing a contest set for questions divorced from government policy. Some of the major topics he asked about included Trump's birtherism and his treatment of women. Of course, these are vital questions in determining Trump's fitness for office, and I don't bemoan Holt for asking. But neither of them are issues that affect the direction of the country going forward.

What we have seen in this election, starting in the Republican primaries, has been an election that is less about deciding on the direction of the American government than determining the character of the individual in office. And considering how much that individual will be tasked with doing once they get into office, it's disappointing that the debates have turned into this:

During last night's debate, Clinton quoted Michelle Obama, saying that "when they go low, we go high." While it's certainly true that Clinton went much higher than Trump last night, all that really means is that she went knee-deep into a pit, instead of diving in headfirst.