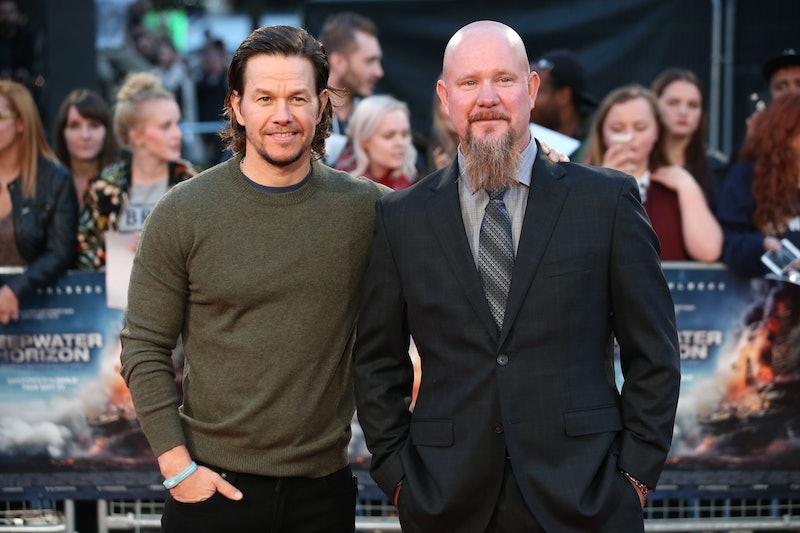 Mark Wahlberg doesn't look like the real Mike Williams, and yet he plays Deepwater Horizon's chief electronics technician in the new film about the April 20, 2010 oil rig explosion, Deepwater Horizon. Of course, there are worse things to find out in life than the fact that you could be played by Wahlberg in a movie. You could, for example, go to the movie theater and see your fictional self be the villain of a multi-million dollar Hollywood blockbuster. Lucky for the real Williams, he doesn't have to worry about that happening, as he's presented as one of the good guys in the new movie. Still, it can be pretty hard to accurately represent a real person on screen, and what the real Mike thinks of Deepwater Horizon is telling.

Deepwater Horizon is as much a movie about Williams as it is about Deepwater Horizon. The script is mostly based in Williams' experience on the oil rig on that fateful day, and follows him as he helps rescue fellow crew members and tries to save the rig. It's Williams who introduces the audience to the rig, who we're with till the very end of the film. As such a crucial character in the movie, it shouldn't surprise anyone to learn that Williams acted as a consultant on Deepwater Horizon.

Williams, along with Caleb Holloway, was a regular presence on set, helping director Peter Berg, Wahlberg, and all the other actors make sure their work was as authentic as possible. For Williams, being an active participant in making Deepwater Horizon was important to honor the 11 men who died on the rig that day. "I didn't go looking for this. but I did accept the challenge of bringing this to the screen and getting it right to speak for my 11 brothers who can't speak," Williams told the LA Times .

Williams seems confident Deepwater Horizon has succeeded in giving a voice to those who lost their lives on the oil rig. "They were literally doing everything in their power to stop this disaster from happening. And I think Pete [Berg] captures that perfectly," Williams told WWLTV at the New Orleans premiere. Williams not only attended the New Orleans premiere, but has traveled the world over the past few months, attending various premieres and red carpet events, to support the film.

It looks like being played by Wahlberg in a movie is just about as good as it sounds.

More like this
Michelle Williams Laughs Often About Motherhood Thanks To 'The Fabelmans'
By Marina Watts
The 'Love, Lizzo' Harry Styles Scene Is Just 1 Moment That Made Fans Feel Seen
By Brad Witter
Blake Lively's Reaction To Ryan Reynolds' Dance Video Was Pure Thirst
By Stephanie Topacio Long
You’ll Be Able To Stream Bullet Train Before The Holidays
By Arya Roshanian and Radhika Menon
Get Even More From Bustle — Sign Up For The Newsletter