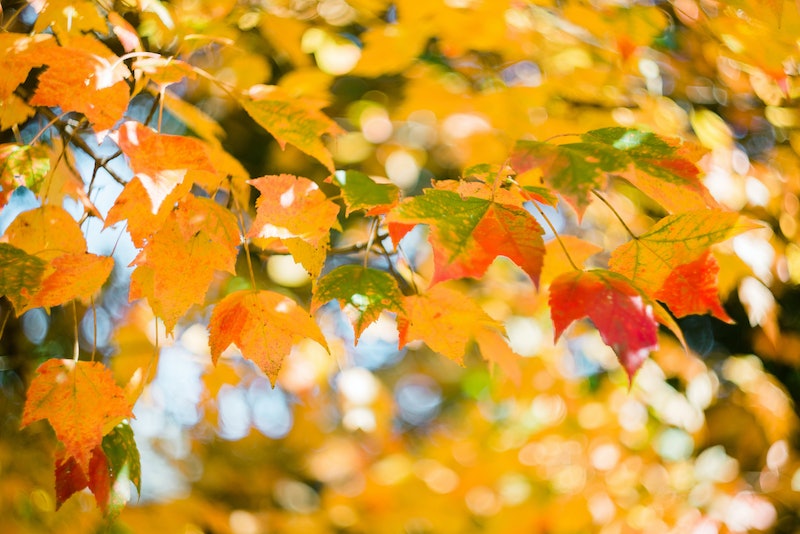 Almost everybody loves the fall season, and most of us can guess where the term "fall" came from (if you can't, don't worry, I'll explain that too). However, why do we call fall "autumn"? Well, turns out, there is a real reason — and it's it's actually somewhat interesting, believe it or not. (Believe it!)

The terms "fall" and "autumn" can be used interchangeably in the United States, though, when it comes down to it, it's actually the term "fall" that is more popular in America. Even more fascinating than that is, according to Grammarist, the fact that those who consider British English to be "the true English" actually consider the term "fall" to be "an American barbarism." Come on, that's at least a little bit hilarious, right?

As it turns out, these intense feelings regarding the popular terminology for this season may actually date back to the founding of America when both "fall" and "autumn" were first being used in the English language. Get your knowledge below and learn where both the terms "autumn" and "fall" come from, as well the popular theory behind why America and England each ended up sticking with a primary word for the season instead of more zealously incorporating both terms for common use.

Fall Was Initially Referred To As "Harvest."

Long before it was called "fall" or "autumn," the third season of the year was referred to as "harvest" in England. The season was given this name to reflect the time of year when farmers would gather their crops and prepare them for winter storage. The farms generally harvested their crops between August and November. The term "harvest" comes from the Old Norse word "haust," which means "to gather or pluck" — appropriate, considering the farm work during this time of year.

During the 1600s, more people began leaving rural farmlands to move into larger, metropolitan cities. Without farming, the term "harvest" became less immediately applicable to the lives of city-dwellers, and subsequently, "fall" and "autumn" emerged as two new names for the season. "Autumn" came from the Latin word "autumnus," with the root of the word having connotations regarding "the passing of the year." The term "fall" was likely a deviation from the Old English words "fiaell" and "feallan," both of which mean "to fall from a height." It is assumed that this new name for the season was inspired by trees' falling leaves.

By The 19th Century, "Fall" Had Become An Americanism, While "Autumn" Remained The Commonly Used British Term

During the 17th century, both "fall" and "autumn" rose to popularity in Britain, but it was the younger and "more poetic" term for the season that ended up crossing the seas and leading in the American English language. Subsequently, Britain ended up using "autumn" as their primary term for the season. While you'll still hear the word "autumn" used in America and "fall" used in Britain, you're much more likely to hear it the other way round.

The more you know!