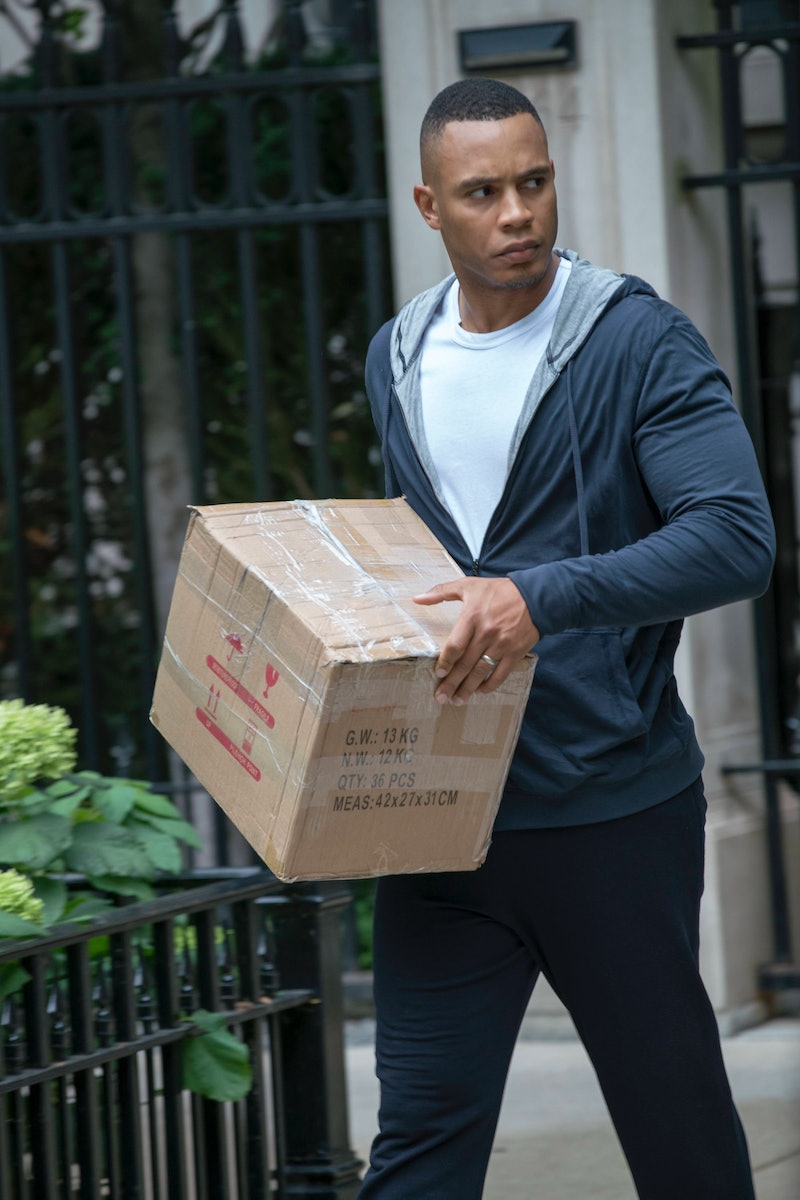 Empire, at its core, is a soap opera; the storylines are over the top, the drama is ridiculous, and the patriarch of the Lyon family, Lucious Lyon, has both fathered and pretended to father two children that should have belonged to his sons. (It’s pretty Shakespearean, actually, so maybe more highbrow than I thought.) That being said, Empire isn’t afraid to explore the current and social issues of our time, and, in “Sin That Amends,” Empire tackled the very big issue of police brutality.

Though the Lyon family is very wealthy and very powerful, and this perhaps protects them from everyday police scrutiny in the street, federal agents have constantly investigated Lucious over the years. They have been trying to bring him down for as long as viewers have known him, for crimes he committed when he was a drug dealer and crimes he is currently committing. Some kind of police presence in the Lyon’s lives isn’t unheard of, but “Sin That Amends” brought the brutality and physicality of some police encounters to the forefront. Though I’m sure this issue is always in the back of their minds, this is not something the Lyon family personally had to think about on a daily basis. But now it is.

Rhonda’s death at the beginning of Season 3 has put Andre in a tailspin (obviously). He’s given up his religious fervor, he doesn’t know when and how to take his medication for his bipolar disorder, and he is seeing visions of his deceased wife. Things aren’t great, but, after some pep talks from his mother and his brothers, Andre is moving out of the home he shared with his wife and getting back on his feet.

Except, as he’s packing up the car in front of his townhouse, two police officers start accosting him, asking Andre why he’s in this neighborhood with the justification that there have been reports of robberies in the area. They are obviously only asking him because he is black and alone in a rich area. Things get more heated when Andre realizes why the police officers are asking these questions and becomes angry, turning to his car while insulting their police work and insisting that he is going to leave. The episode ends with the officers slamming Andre onto the ground and pointing a gun at his head, saying he was, “resisting arrest.”

The look on Andre’s face at the end of the episode was simultaneously terrified and shocked — as was mine. From what we know, Andre has never dealt with this before, but Empire has been approaching this territory since the beginning of the season. Freda Gatz shot Jamal in Season 2 (she really meant to shoot Lucious, who killed her father), and, instead of blaming Freda, Jamal blames American gun culture. He even writes a song called “Need Freedom,” in which he name checks all of the black men and women who have been killed by police brutality in the past few years. Empire is soapy, yeah, but it also has a social conscience.

According to Variety, roughly two-thirds of Empire’s audience is black, and the show also dominates in large Hispanic markets like Dallas and Houston. Most of Empire viewers are women (black and white), but, in its first season, Empire was the number one new show for men ages 18-49. Numbers are fun, but why am I telling you this? Because Empire is a show that attracts viewers of all walks of life, and the fact that the show is talking about police brutality is important. African-Americans and Hispanics are disproportionately targeted by police, and for those members of the audience that watch the show, they’re seeing their own experiences, or the past or future experiences of someone they know, on television. And even for white audience members like myself, Empire can bring a greater sense of understanding about police brutality and its horrific effect on people of color in America.

Our 24/7 news cycle isn’t conducive to making people care. Every day, there is another police-related shooting, and another person to mourn, but the next day, or hour, even, the focus will shift to the next tragedy of the week. When something happens to a person that someone cares about — be he fictional or otherwise — that stirs actual feelings, and that, in turn, can stir action and change. It is very easy to close your eyes when something isn't happening right in front of you. Choosing Andre to be the victim of police brutality was smart on Empire’s part, because he is the Lyon brother who has done everything right, is usually the one cleaning up his family's messes, providing alibis and a PR spin for crimes instead of committing any himself. He is a normal person — he could be any of us — and police slammed him into the ground for minding his own business while black.

Empire’s police brutality storyline isn’t a ploy for ratings or just a way to sauce up the show. Audiences at home presumably care for Andre and see a part of themselves within him; his being attacked by police will stir discussion — discussion that is needed. Police brutality isn’t solely a black or Hispanic issue; it’s a universal issue, too, and Empire is using Andre to make this statement.