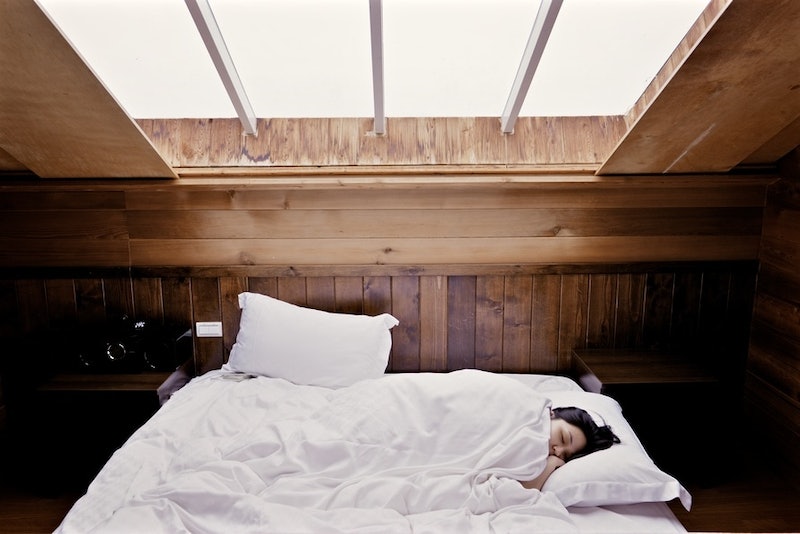 I've always been quite the vivid dreamer. My friends tell me they barely remember their dreams, while I seem to wake from mine feeling like everything actually happened. I also notice symbols in my dreams, and constantly wonder what they mean.

Read more: What Do Dreams About Cats Mean? Here's What Experts Say

So I was quite interested to learn that it is, in fact, possible to interpret all those nightly stories drifting about my brain. Doing so is kind of like digging around in the subconscious, where turmoils and worries like to hide. And if interpreted correctly, it can even lead to a some resolution and change in real life, licensed psychoanalyst Anne Cutler tells me.

"A dream is essentially a communication from the dreamer to him or herself," she says. "Because of the greater access to unconscious material and memories in dreaming, interpreting the dream once awake can provide the dreamer with a richer understanding of what’s going on underneath the surface."

If you've been having falling dreams, or are always being chased, that can mean something. But it does take some effort. "In several ways, we are much more clever while dreaming than while awake," Cutler says. "Therefore, the work of understanding a given dream can often require some effort." One great place to start is with the most common dream symbols. Read on for what some of them might mean.

Falling dreams are a classic — falling off something, falling into nothingness, falling forward in slow motion. The feeling is incredibly unsettling, and thus is often linked to worries in your waking life. "Falling in dreams tends to be related to anxiety," Cutler says. "They represent a feeling of being out of control and impending disaster." Keep that in mind the next time you wake with a start.

Have you ever had the dream where you're late to school, or didn't study for a test, or (the horror) showed up in your underwear? Instead of being scary or embarrassing — as they so often are — these dreams are more so meant to represent a lesson that needs to be learned. "The 'lesson' or 'test' we face inside the school or classroom is frequently one we need to learn from our past — which is one reason these dreams are often reported by people who have long since finished school," Suzanne Bergmann, a professional dream worker, told the HuffingtonPost.

Flying dreams are usually super fun, but they can also be frustrating — especially if you're getting tangled in trees or struggling to get off the ground. "Flying in a dream, and how effectively or poorly it’s done, relates to how much control we feel we have in our lives, and whether we are confident and able to achieve our goals," said Bergmann.

4. Finding Hidden Rooms In A House

As far as dreams go, I think some of the most interesting take place in houses full of hidden and secret rooms. Maybe you move a bookcase to reveal a secret lair, or go down a slide into a new floor. "That can symbolize discovering a hidden aspect of the self that had been out of the dreamer’s awareness," Cutler says. Pretty cool, right?

5. Running Away, Or Being Chased

Chase dreams are stressful, and therefore are another theme that represent anxiety. "Feeling states are often highlighted in dreams, sometimes in dramatic ways," says Cutler. "Anxiety can be portrayed in a scene where the dreamer is being chased by a violent attacker, for example." If this is your go-to dream, it may be time to get those nerves in check.

OK, so a death dream may seem scary. But it's actually not all bad. "Although death is often perceived as negative, it’s often more directly related to dramatic change happening for the dreamer — the end of one thing, in order to make room for something new," Bergmann said. This theme may crop up when you're moving, starting a new job, or going through a breakup.

Like falling, car accident dreams are often related to disorganization or helplessness. "Driving in a car, going downhill, and the brakes failing is ... a common metaphor for feeling out of control in some aspect of life," Cutler says. No fun.

Cutler tells me dream symbols are unique to the dreamer, so all meanings won't be the same for everyone. Take earthquakes for example. It could point to a shakiness in your life that's unique to your current situation, such as financial difficulties or problems in a job or relationship, she says.

So many of my dreams take place in houses, which is actually pretty common. "Architectural elements are often central aspects of dreams — being in a particular building, a childhood home, or some hybrid of different homes," Cutler says. And there are a lot of reasons why. "Recurring dreams or dream themes, such as always going to the childhood house, may be reflective of some unresolved issue from childhood that the dreamer is trying to work through," Cutler adds. It could also be showing you the "roots" of your problem.

I've definitely had dreams about babies, and always think it's because I'd like to have one in the future. But, surprisingly, that's not the real meaning. "Dreaming of a baby often represents something new: It might be a new idea, new project at work, new development, or the potential for growth in a specific area of our waking life," Bergmann said.

"Forms of transportation are ... common themes," Cutler says. Buses, trains, planes, bikes — you name it, someone has dreamt about it. The vehicles in our dreams can reflect what direction we feel our life is taking, and how much control we think we have over it, according to Bergmann.

Whatever your dream may be, there are some common symbols and themes that we all experience. Knowing what they mean can help you get to the root of problems, decisions, or worries in your real life. So write them down and pay attention — your subconscious just might be trying to tell you something.

More like this
26 Ghost Story Podcasts To Get You Ready For Halloween
By Jessica Booth, Mia Mercado, JR Thorpe and Emma Carey
15 Easy Pranks To Play This Halloween
By Emily Kelley and Lauren Grant
The Spiritual Meaning Of Angel Number 000, Explained
By Kristine Fellizar
What Reporting On The UK’s Most Prolific Cyber Stalker Taught Me
By Sirin Kale
Get Even More From Bustle — Sign Up For The Newsletter