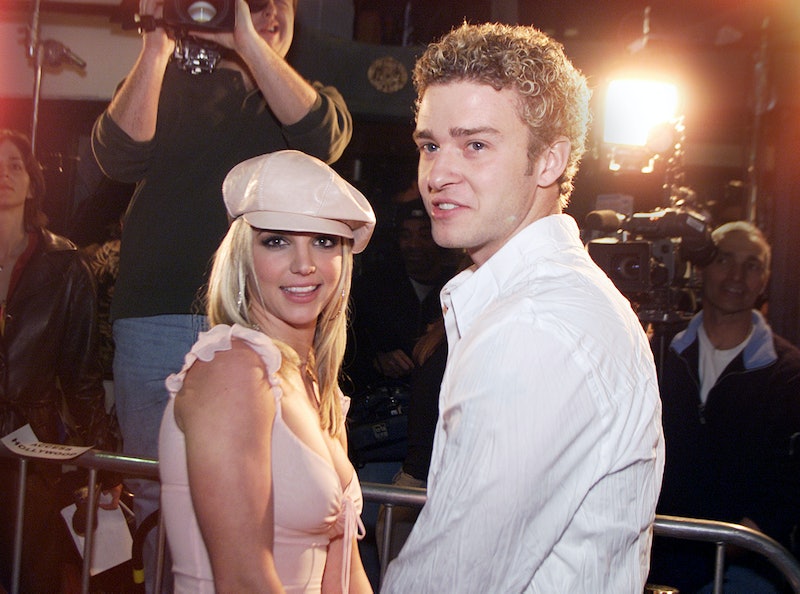 No need to cry a river over the upcoming Britney Spears biopic on Lifetime: It seems the movie has found its Justin Timberlake. According to Buzzfeed, Nathan Keyes will play Timberlake in the TV movie, which is simply called Britney. Keyes has previously appeared on the Crackle series Cleaners, and in small roles on shows like Brothers & Sisters and Glee. (The latter should be a good primer for the singing and dancing he'll likely have to do in this film.) Spears' famous ex is sure to get his fair share of screen time, since the two-hour movie will reportedly follow the pop princess' life, from her rise to fame to her head-shaving low point to her comeback. This will include her four-year relationship and eventual breakup with the *NSYNC frontman. Unfortunately, Spears herself does not support the biopic — Spears' publicist released a statement to Us Weekly, explaining, “Britney Spears will not be contributing in any way, shape or form to the Lifetime biopic, nor does it have her blessing” — but it's happening.

Being that this is Lifetime, it's to be expected that Britney and Justin's relationship will be heavily dramatized, especially since it's probably the reason why a lot of people will watch in the first place. Looking back on this pop star couple, it's clear there's enough drama for the film to cover.

The two may have only dated from 1999 to 2002, but the press covered their every move, which is why there are some very specific moments Lifetime should make sure end up in the movie's final cut.

These two were not very transparent about how their relationship started, so this film gives fans a shot to reenact their love story. Now, once again, knowing that Spears has no involvement in this movie, it's best to take this film with a grain of salt — but it's still fun to imagine how these two perfect pop stars found love so many years ago.

2. Jenna Dewan-Tatum's Role In All This

Look at the cast list for Britney and you'll see that an actress has been cast to play Dewan-Tatum in the movie. This is because she was a backup dancer for *NSYNC while Timberlake was dating Spears — and because Timberlake was rumored to have dated Dewan-Tatum briefly after his breakup with Spears.

3. What led them to call it quits?

This question is, of course, rhetorical, since we'll never really know why Spears and Timberlake broke up. But, being that the media seemed to side with Timberlake back in 2002, selling the story that Spears had cheated on the ex-boy bander with dancer Wade Robinson, it's likely that this movie is going to try and rewrite that narrative. Will it be Timberlake's fault or will it refrain from taking sides? Or, will it surprise us all and stick with the original story, but put a more sympathetic spin on the whole thing? So. Many. Questions.

This movie could go a little more in-depth to what it was like for Spears post-breakup.

This biopic needs to solve the mystery behind why the couple, way back in 2001, decided to wear matching denim outfits to the American Music Awards. In fact, they should spend most of the movie trying to figure this out since it's the most iconic fashion moment of their relationship and the world needs answers. Answers, I tell you!

Fans will have to wait and see how many, if any, of these moments from Spears and Timberlake's relationship will be covered in the Lifetime movie; it's slated to air in 2017.

More like this
Britney Has Been Granted A Restraining Order Against Her Ex-Husband
By Bustle Staff
Alicia Silverstone Has Recreated An Iconic 'Clueless' Scene
By Frances Stewart
Everything To Know About 'My Big Fat Greek Wedding 3'
By Grace Wehniainen
Emma Thompson, Lashana Lynch, & Stephen Graham Lead Netflix’s 'Matilda'
By Sophie McEvoy
Get Even More From Bustle — Sign Up For The Newsletter