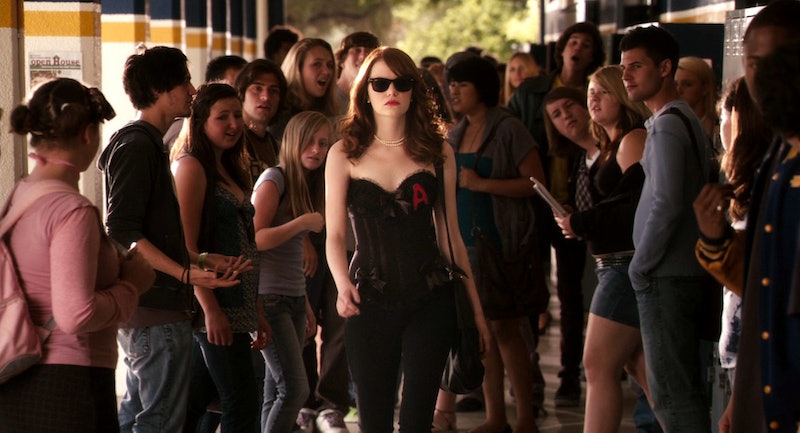 "So, still writing sex books ?" It’s not the kind of question you expect at a funeral, walking from the church to the burial plot, particularly from a man who has known you for most of your life. But there it was, boomed through the cemetery on a clear winter’s day, loud enough to ensure that half the assembled mourners heard what he no doubt thought was a terribly unique, terribly funny question. A question he no doubt believed would embarrass me, and not because he was asking it at the top of his lungs at a funeral.

This one surprised me, blurted out while I was seated in a board room at my alma mater, widely believed to be one of the most feminist locations in the world. The woman hired to provide leadership training (I imagine at a premium), couldn’t contain it once the head of the alumni association identified my career in a tone reserved only for the most salacious of gossip: “Sarah writes bodice rippers,” was delivered the way one might say, “Sarah broke up the Beatles.”

“When are you going to write a real book?”

Ah, Old Reliable. This one trots out at family gatherings, cocktail parties, reunions with old coworkers, drinks with other writers, playdates with other moms. It’s the most innocuous of the three, for sure—no one who asks it means to offend—but it’s loaded with insidious meaning.

These questions and their myriad brethren used to put me right on the defensive. I’d feel required to pontificate on the value of the genre, of its long history (Pride and Prejudice was a romance, didn’t you know?), of the value of books as entertainment, of the way romance builds literacy and community among readers, and the idea that the books are powerful feminist texts—written by, for and about women. In romance, after all, the heroine plays the role of the hero. And she wins. Always.

I don’t defend the genre anymore. Instead, I bite my tongue, because I’m more polite than most of these people, and it would be rude to say what I’d really like to say, which is: “What’s your problem with women and sex?”

In the years since I began writing, I’ve come to realize that the judgment that romance readers and writers receive for the genre they love is not about the writing. There are great romances and terrible ones, just as there are great works of literary fiction and terrible ones. I used to think it was about the fact that the genre was by and about women—and certainly that is a part of it. But let’s be honest, romance gets the literary stink-eye because of the sex bits.

“Oh, yeah,” says Sophie Jordan, New York Times bestselling author of historical and contemporary romances, “I get the sex comments all the time. What do they want me to say? I write books about people who fall in love. Sex is part it. Kind of like real life.”

What I have learned in my years as a romance writer is this: people are, by and large, terrified by the idea of a woman taking power. Wielding it. Winning with it. And there is nothing at all more powerful than a woman who acknowledges her sexual identity. A woman making choices that prioritize her satisfaction. A woman claiming herself as a sexual being.

“It’s apparently dangerous to plant these ideas in a woman’s mind, because she might then demand that in her life,” Dahl adds. “She might realize that her real-life sexually selfish partner isn’t good enough for her. She might decide that she deserves pleasure.”

But once women begin thinking about sexual pleasure, things get particularly terrifying. It begins with sexual parity and ends… where? What will women want after orgasmic equality? Equal opportunity? Equal pay? Equality, full stop? (Answer: All of the above.)

We know this instinctively. The woman at the focus of the public eye is the one who is most likely to be skewered. We’re taught as girls to do our best to be unseen. And those girls grow into women who are often eager to remain unseen. And why not? We understand how easily those who are seen are lambasted.

My current series of historical romances is based on modern day celebrity gossip. The world tends to believe that celebrity gossip is new – that being famous for being famous is a modern construct. It’s not. Gossip was a lucrative commodity in the 19th Century; the internet simply serves it up faster than London’s weekly papers did then. The whole series is about perception and reality, ownership of one’s identity in a world that clamors to own and identify. My latest, A Scot in the Dark, is what I refer to as my sex tape book. The heroine sat for a nude painting. With pride. Without shame. And when it is revealed to the world, she is inevitably shamed. Ruined. Her reputation is destroyed. She is no longer a virgin, which makes her less of a prize. And she doesn’t care, which makes the world around her wild with hate.

I was plotting this book when someone hacked into Jennifer Lawrence (and others’) phones, stealing their private photographs and releasing them to the world. I wrote it against the backdrop of cacophonous derision for the Kardashian sisters and edited it by the glow of the glorious piece from Kim Kardashian about her sex tape and her body positivity. A few days before the book was released, Leslie Jones’s nude photos were hacked and released.

She is vilified for her sexuality. For her sex positivity. For the satisfaction of it. The power inherent in it. And that’s all before we discuss the humanity of it – after all, is there anything more human than sex? That from which we all came?

The heroine of my book is inspired by these women. By Jennifer Lawrence and the Kardashian sisters. She was not directly inspired by Leslie Jones, but she would have been, as I am now. She owns her actions, her body, and her identity as a sexual being long before she meets the hero of the story. And when she does meet him, she owns her desire, her pleasure, and the promise of their future together. As equals.

At its finest, romance delivers a safe space for women to explore sex and desire and pleasure and satisfaction and fulfillment. And with that space, it delivers the keen knowledge that women are the heroines of their story. That they can triumph in all ways.

I once received a letter from a woman who had never had an orgasm with her partner…until he asked to read one of my books.

She wasn’t ashamed to tell me that; she was proud. And so am I.

Sarah MacLean is a New York Times & USA Today bestselling romance novelist and the author of a monthly column on romance at The Washington Post. Her most recent novel, A Scot in The Dark , is on sale now.