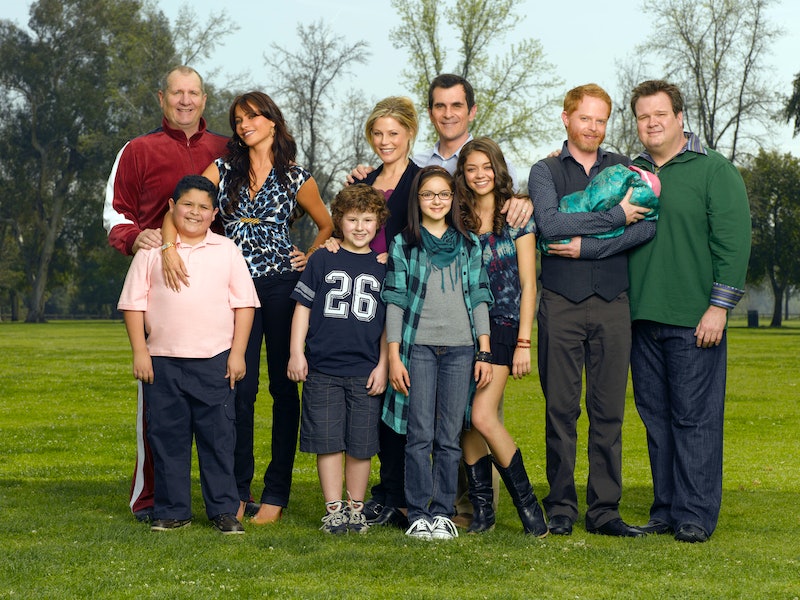 When a 2013 ABC News/Washington Post poll showed that 58 percent of Americans believed gay marriage should be legal, up from 34 percent in 2003, it was clear that a sea change was underway for American sexual norms. Several factors brought about this seismic shift in our attitudes toward homosexuality, but among them, front and center, was TV. From Ellen to Modern Family, television has made Americans see lifestyles and identities once considered foreign and fringe as relatable, funny, wholesome, even familiar.

Now we're amid another, perhaps more subtle transition in cultural mores — if not a sexual revolution, than an evolution — toward the idea that many people's sexual orientation is neither gay nor straight and that many individuals' gender isn't masculine or feminine. And as it did with the acceptance and normalization of the gay community, television is playing a huge role in making that happen.

Do you watch House of Lies on Showtime? If not, you should. A zippy take on a high-powered, high-risk consulting firm, it has a lot more going on than just funny business starring Don Cheadle, John-Ralphio (Ben Schwartz) from Parks and Rec, and Veronica Mars' Kristen Bell. Cheadle’s Marty Kaan has a son, Roscoe, who is no cookie-cutter teen boy. In fact he markedly and confidently defies gender categorization. He's male and wears jewelry, dated a transgender girl ("he's my girlfriend"), has had crushes on boys, and auditioned for (and got — albeit not without controversy) the role of Sandy in a school production of Grease. He's the definition of a fluid being, unencumbered by antiquated ideas about how people with certain genitalia should behave. He makes his own rules, and through him we see, if we hadn't before, that exploring one's own gender is not deviant behavior, but rather a natural part of having a self.

Roscoe isn't the only television character defying gender and sexual uniformity at the moment. There’s also Sophia (Laverne Cox), the transgender inmate on Orange is the New Black . And Glee's Wade Adams a.k.a. Unique (played by Alex Newell) shows young viewers that it's possible to be transgender and be accepted by your mostly heterosexual peers. Both Sophia and Unique acquaint audiences with individuals who live unconventionally not because they are rebels but because they are unwilling to live at war with themselves. And their respective shows present them in such a way that we not only don't fault them for that, we applaud them.

Characters like Roscoe, Sophia, Unique, and more are possible thanks in large part to increased gay and lesbian visibility, which TV helped make happen. A 2013 report from GLAAD found that, from 2008 TO 2013, every subsequent TV season except 2011 saw an increase in LGBTQ characters on TV. Modern Family, with its central gay couple, won award after award. The 2012/2013 season alone saw a 4.4 percent increase in the number of gay characters on television (including Netflix, Hulu, and other streaming services). And guess what? 2008 to 2013 was also the period that saw the most equality expansion for gays and lesbians in the United States.

As we've witnessed all long in the struggle for LGBTQ rights, the more you see alternative identities, the more normal they become. Visibility removes the fear and anxiety that breeds intolerance. As dynamic, relatable gay and lesbian characters made their way to television, becoming as recognizable as anyone you see in your home on a weekly or many-times-weekly basis, the public began to think of gays and lesbians as regular people deserving of the same rights afforded everyone else.

And now that being gay is as visible and normal as being straight, we're poised as a culture to be much more tolerant of sexual orientation that isn't distinctly heterosexual or homosexual and gender identity that isn't strictly masculine or feminine. TV creators have sensed this readiness and are running with it.

On Game of Thrones , fluid sexuality and gender nonconformity — as seen in characters like Brienne of Tarth and Arya Stark — not only save these characters but, given their strong senses of self and ambition to move beyond the norms of their universe, make them fan favorites, as well. One of the most heroic characters in the upcoming season, Oberyn Martell, for example, is openly bisexual and doesn't understand why more people in the Realm aren't. We also see characters with more gender and sexual fluidity on series like Degrassi and The Fosters.

TV producers, writers, and executives aren't creating these characters in a vacuum. They're doing it because there's an appetite for them. A friend who works in television development recently told me that series that serve to tell the plight of the "other" (a.k.a. anyone that's outside of the middle class, straight, white person scope) are on the rise. The viewing public, as always, craves complicated, compelling characters, and in this particular cultural moment, those who define their gender and sexuality less rigidly are characters whose struggles and insights feel intensely interesting and authentic. You see it in subtle ways on shows like Comedy Central's Broad City , with a character like Ilana, seemingly harboring a not-so-secret sexual desire for her best friend, Abbi, while still maintaining sexual dalliances with men. Executive producer Amy Poehler was quoted as saying, "I'm always asking Abbi and Ilana questions about their lives, because I'm fascinated … I mean, everyone under 26 seems gay to me. Both men and women. I often ask myself, 'Is everyone gay?' There's this gender fluidity that I think is generational, and that's new."

So the idea that maybe we're not all entirely straight or gay, masculine or feminine — and that it is OK not to be — is making its way to the small screen. And if recent history is any indication, that will lead to greater acceptance offscreen, especially when TV shows tell these stories tastefully and accurately.

That doesn't always happen, of course. Virtually all minorities have had their fair share of problematic, misguided, or distasteful representations. From the Mighty Morphin' Power Rangers to Outsourced to Diff'rent Strokes to 2 Broke Girls, offensive depictions of races and sexualities are all over the place. The major diversity problem behind the scenes in the entertainment industry make it virtually inevitable.

Still, thanks to TV, the needle has moved — and will continue to do so — leading to less fear of difference and more appreciation of it. The sexual evolution is here, and it will be televised.