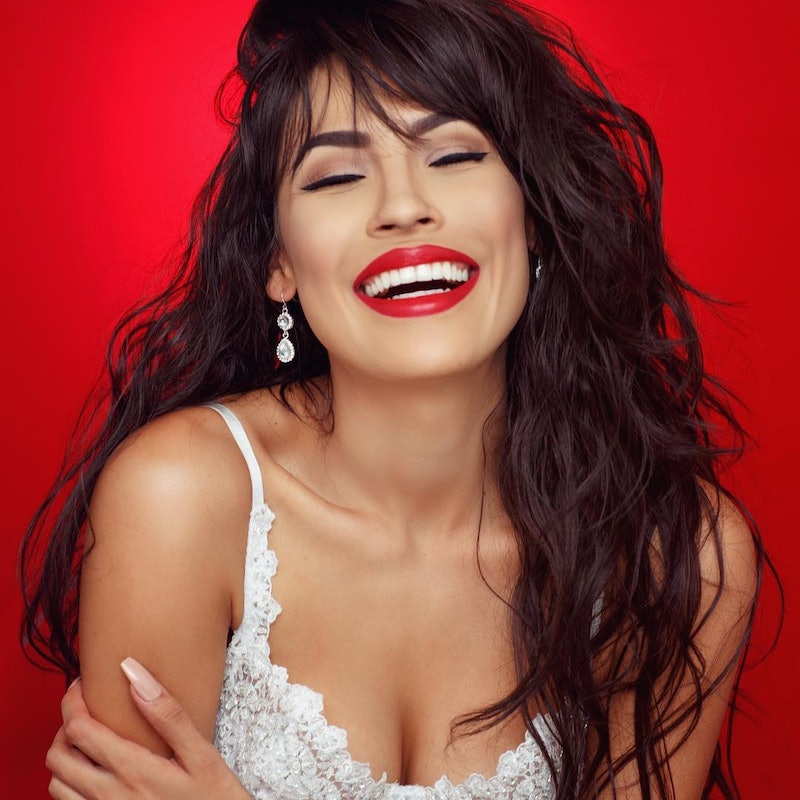 Desi Perkins' YouTube videos have been garnering hundreds of thousands of views for some time now, but her latest upload is sure to be one of her most viewed yet. With the MAC x Selena collection debuting, gurus are bound to do tutorials in honor of the legendary star, but Desi Perkins' Selena Quintanilla tutorial is sure to take the cake. One glance at the thumbnail for the video, and you'll think you're looking at Quintanilla herself.

On Wednesday night, Perkins took to her Snapchat to tease herself in a dark, wavy wig, and everyone kind of assumed what was coming next. No one, however, could really anticipate the incredible transformation that Perkins achieved. The video, however, wasn't completely about the makeup. The successful beauty influencer and makeup artist made sure to let fans know that her admiration for the late singer is what truly inspired her tutorial, not the release of the MAC x Selena collection — though she does use it beautifully in the tutorial.

Perkins begins her video with clips of Quintanilla and began speaking to her subscribers about her love of the singer and her nerves about doing the video.

In the video, Perkins chose Quintanilla's classic look: a winged liner and a bold red lip. The final look was completely stunning.

Many of Perkins' fans are loving the video, too:

Selena Quintanilla is a legendary figure for many, and tributes to her are always moving, so seeing a star like Desi Perkins pay homage to her is not simply impressive but also moving.