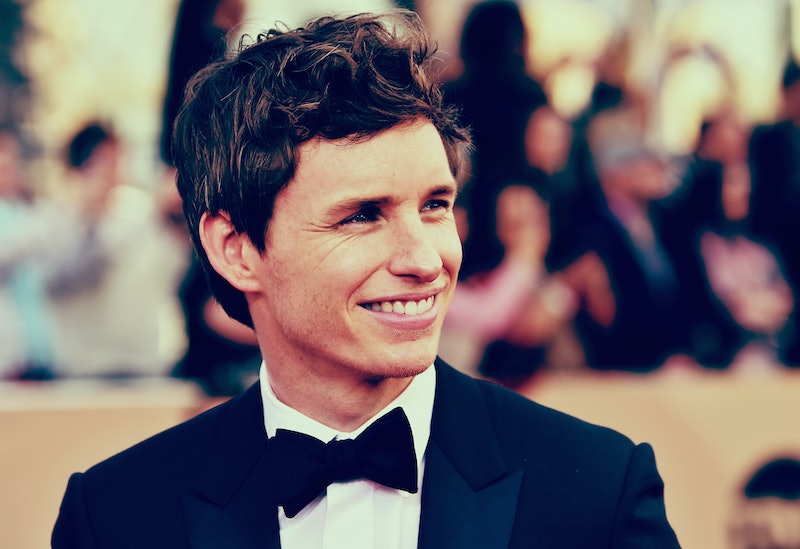 The Fantastic Beasts and Where to Find Them actor might be a little late to Pottermore's new quiz game, but Eddie Redmayne's Patronus has finally been revealed, and I now get to brag to all my Hufflepuff friends that Eddie Redmayne and I have the same Patronus. Can you guess what it is?

Like me, Redmayne took the Patronus quiz twice. Unlike me, he got the same result both times. Yes, ladies and gentlemen, Eddie Redmayne's Patronus really, really, truly is . . . a basset hound.

While we all collectively shout, "OF COURSE," here's what Redmayne had to say about his Patronus. From USA TODAY: "The people from Pottermore told me that that was incredibly rare because of the amount of algorithms it takes to choose the Patronus. So I must really be that thing."

Just to show you how rare it is for someone to get the same Patronus twice, even J.K. Rowling's magical protector and messenger changed when the quiz appeared on Pottermore. Rowling had previously stated that her Patronus was a pine marten. Soon after the Patronus quiz went public, the Harry Potter author announced that her guardian was a heron instead.

Evanna Lynch, who portrayed Luna Lovegood in the Harry Potter film adaptations, also took the Patronus quiz twice. After being given a greyhound on her first go, Lynch tried again, only to find that Pottermore had deemed her worthy of . . . a salmon . If reactions on Twitter were any indication, Lynch had stumbled upon the least popular Patronus of them all.

If you still don't know what your Patronus is, take the quiz on Pottermore.