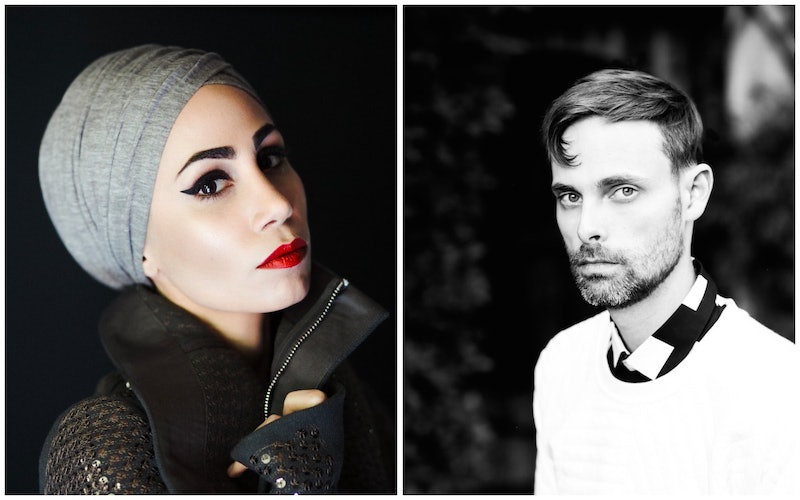 English literature has been filled with power couples for centuries, but we rarely get a glimpse into their writing habits. But we now know how Tahereh Mafi and Ransom Riggs write together, thanks to an interview with Entertainment Weekly, and their story will give you all of the #RelationshipGoals.

Mafi and Riggs met during a writers' retreat, and married less than a year later, in 2013. This year, both authors had books to launch during the same week, and they traveled the country together on a shared book tour, the #OTPTour. Now, they're back at home in Santa Monica, where EW reports they have a "backyard writing bungalow," complete with "a tandem desk, shelves teetering with books, and custom-made Muppet versions of themselves watching from the sofa."

Seriously, folks, all of the goals.

Tahereh Mafi goes all out when writing a novel, calling herself "a very obsessive writer." When she's engaged with a project, she works from morning until night, for days, until it is complete. During those periods, Riggs is responsible for "reminding [her] to emerge" and practice self-care. He tells EW, "Sometimes I’ll just bring her a balanced meal and she’ll be like ‘What’s that? Oh… food.'"

As far as writing goes, Ransom Riggs is the polar opposite of his wife, possessing what Mafi says is "a very healthy writing style," and what he himself calls "a Southern-gentleman approach." He writes in short spurts, book-ended by walks and cups of coffee. Any writer who adopts this writing habit will tell you that those breaks are part of the writing process: a time to reflect on what has and has not been written, to sit back and look at the big picture.

You might wonder how they avoid getting in each other's way. When Mafi and Riggs need to buckle down, they strap on their noise-cancelling headphones and leave each other alone. They still work in close proximity, but they are able to focus on their own work without bothering each other.

If you and your partner want to try writing in a shared space like Mafi and Riggs, check out all of the awesome NaNoWriMo prep tips on Bustle, and sign up for National Novel Writing Month today.