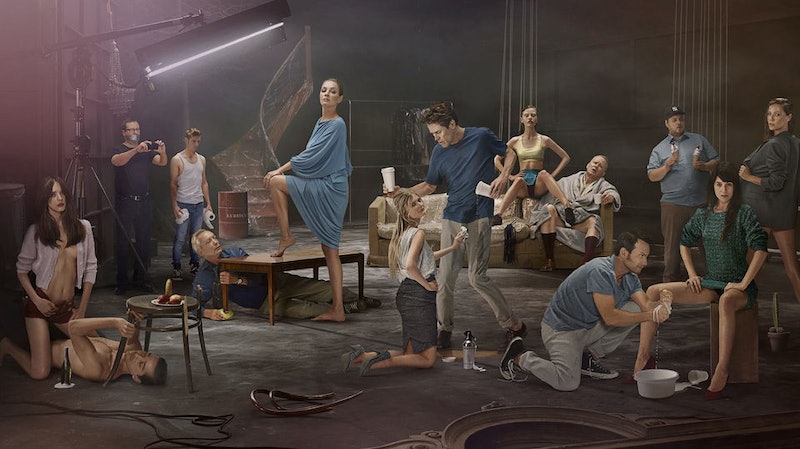 "Sex" and "boring" are not terms you hope to have in the same sentence, unless you're reading an OMG! Worst Sex Stories EVER piece in Cosmo (and even then, you hope to hear about misplaced food objects or something). But Charlotte Gainsbourg and Stacy Martin said filming the sex scenes in Nymphomaniac: Part I were "boring." BUT THE MOVIE IS THE SEX MOVIE. Shouldn't it be fun? Exciting? Raunchy and raucous?

Stacy Martin, 23, who plays Joe, the titular nymphomaniac, in her younger years and Charlotte Gainsbourg, 42, who plays Joe in her older years, chatted with Huffington Post Entertainment to tell them what it was like filming the graphic sex scenes.

To reiterate, NOT SEXY. NOT AROUSING. Martin added, "You just think, “Oh, this is so un-erotic.” And people always question me, like, “Do you ever get aroused?” Geez, if you knew how it went down, it’s the last arousing situation ever."

But most importantly, we need to stop focusing on the sex (but have you seen the NSFW trailer?), because this is a woman's story. Martin said, " [...] she [Joe] says, “I’m a nymphomaniac,” and that’s it. She’s a nymphomaniac and she moves on with her life. Yes, there’s a lot of sex, but it’s also her life story, and that’s part of her life."

She went on to tell us to very politely to shut the eff up and stop fixating on the sex. "Sex is part of everyone’s life — that’s why we’re here, because we reproduce the same way. So it’s interesting to hear people’s take on it. Why are you so scared to talk about sexuality?"

Good question. Better question? Yeah, we shouldn't be focusing on the sex, but the title of the movie does connote "person who is addicted to sex." Should we go back to focusing on artsy stuff? Or should we focus on Shia LeBeouf?

You can watch the first installment of the boring-to-film but probably intriguing to watch movie that's apparently more than just sex as of this Friday, when it's released in theaters. The second installment will hit theaters in April.

More like this
Jennifer Coolidge Got A Lot Of “Action” Thanks To 'American Pie'
By Catharina Cheung
How Do I Deal With Both ED & Premature Ejaculation?
By Sophia Benoit
7 Women Share Their Best Orgasm Stories
By Lexi Inks
Expert Tips For Being On Top When You're Plus-Size
By Lexi Inks
Get Even More From Bustle — Sign Up For The Newsletter