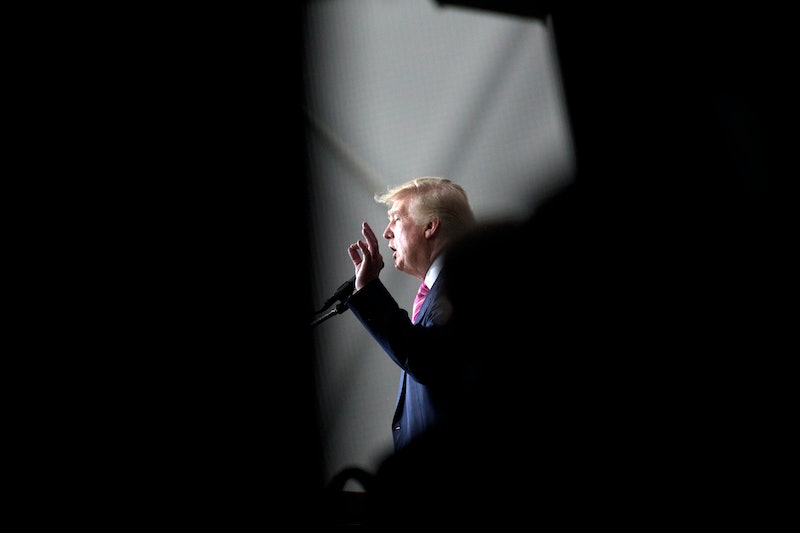 This weekend, The New York Times marked the end of one of the worst weeks in Donald Trump's presidential campaign by publishing an article that included information about the Republican nominee's alleged tax returns. The story instantly became a worldwide sensation when it revealed that, due to a $916 million loss in 1995, Trump might have been able to avoid taxes for up to 18 years. But was The New York Times' Trump tax report illegal? His campaign claims it was, but the legality (or lack thereof) is murky.

Journalists can't seem to agree about whether or not the Times' decision to publish parts of Trump's alleged tax returns is legally protected. Some, like The Washington Post's Callum Borchers, argued that publishing information from the tax returns could open the Times to legal trouble, but Mark Joseph Stern of Slate disputed the claim:

It remains unclear whether or not the Times broke any laws in publishing the alleged tax returns, but the historical precedent behind the publication of illegally-obtained (and anonymously given) source materials suggests that their First Amendment rights as members of the press could likely override any lesser lawsuits. The most well-known case dealing with publication of illegally-obtained materials is the "Pentagon Papers" case, in which both the Times and the Post were granted access by the Supreme Court to publish classified government documents about American involvement in Vietnam.

More recent federal circuit and Supreme Court rulings narrow the criteria by which news organizations can be punished for publishing illegally-obtained material, and according to the Columbia Journalism Review, these publications are mostly punished when the organizations had prior knowledge or commissioned the stealing of documents. The illegality "is largely determined by the extent of involvement in the illegal activity of the person or media outlet claiming First Amendment protection."

When Baquet told CITIZENFOUR director Laura Poitras and Washington Post editor Bob Woodward of Watergate fame during the Sept. 11 forum at Harvard that he'd argue with his lawyers and risk prison if he were to obtain Trump's tax return, he might not have known that his paper was soon to be embroiled in that exact legal scandal. He seems to be sticking by his statements, and in doing so proves information that could potentially change an American presidential election is too important not to publish, even if the way it was obtained is less-than-legal.