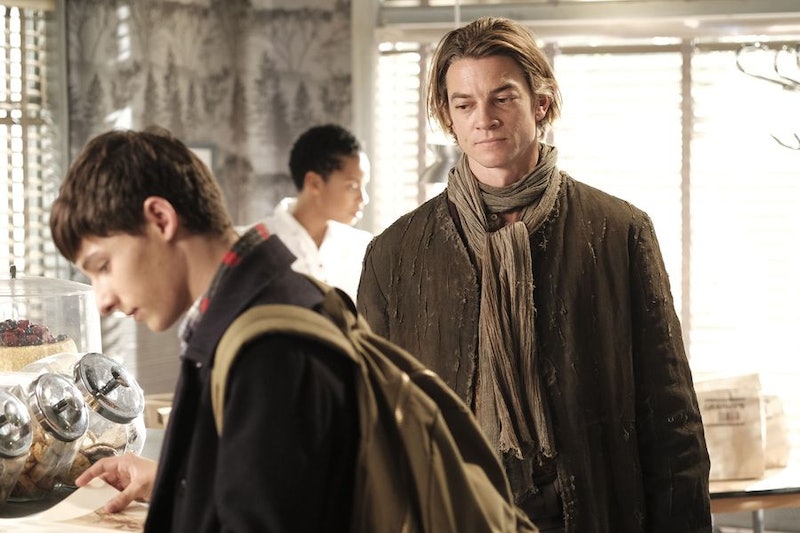 If you thought the Evil Queen was the only one who could hold a grudge in Storybrooke then think again. Once Upon a Time Season 6 has introduced the Count of Monte Cristo and he is just as obsessed about getting back at his enemies as she was (or rather, still is, given her evil side is walking around out there). But who is the Count of Monte Cristo, exactly? His backstory tells an interesting and perhaps less known tale of heartbreak.

Those of you unfamiliar with the story, the Count of Monte Cristo (whose real name is Edmond Dantès, by the way) was wrongfully imprisoned by his enemies, but manages to escape jail years later to seek revenge against the men who betrayed him. And as an added touch of incentive to this Once Upon a Time version, his flashback self also revealed that his fiancee was murderered in the process, making him all the more driven in his quest.

So what does this have to do with our favorite fictional Storybrooke characters? Unfortunately, back when she was still the Evil Queen, Regina had manipulated the Count by using his thirst for revenge for her own means. She instructed him to kill Snow White and Prince Charming — a story that was unable to play out after they were all transported to Storybrooke. But now that he's there (and being controlled by Regina's Evil Queen double), his plan was to finish the job once and for all.

Obviously, he was unable to succeed. No one can just come in and kill the Charmings that easily. But even with his numerous attempts to destroy them (willingly or not), you can't help but feel bad for the guy. He was dealt an unfair hand and even though Regina was given no choice but to kill him, it was still sad to see his story end in such a way.