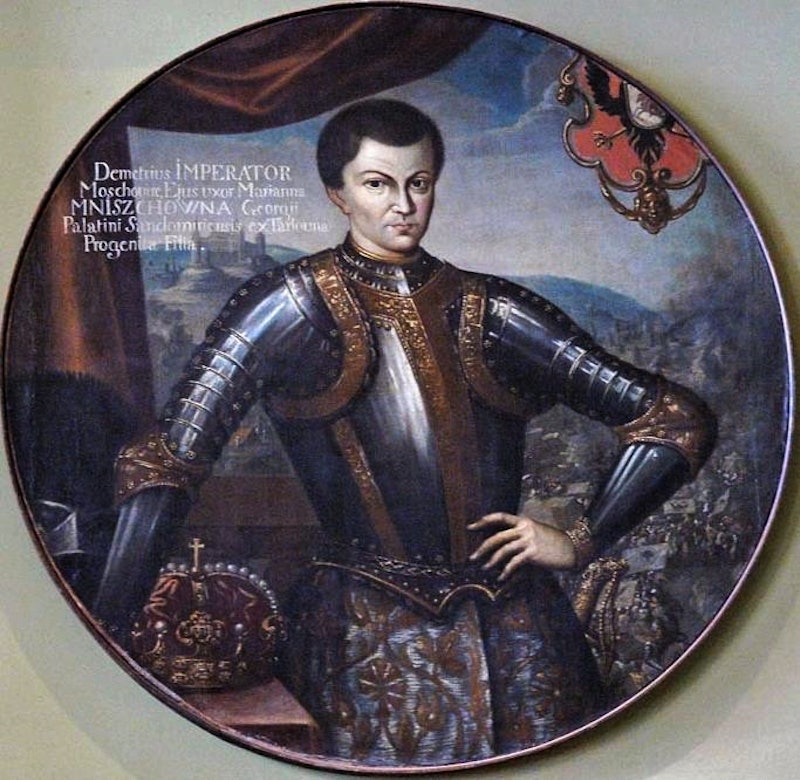 The 2016 presidential showdown between Hillary Clinton and Donald Trump is remarkable and historical in many ways. It's the first time a woman has come this close to the Oval Office; it has been one of the most scandal-ridden campaigns in modern memory; and it has led many observers to throw up their hands in confusion and frustration. But it's not the weirdest electoral campaign in the history of the world, even though it might seem that way; hell, it's likely not even the weirdest campaign in U.S. history. Though it seems like the concept of democratic election is so sensible, it should not be a magnet for weirdness, the reality is that elections for leadership positions have been tied to some extremely strange moments throughout human civilization — including the kidnapping of a corpse, electoral roll insults, and people who refused to admit they were dead.

In fact, American political history itself is pretty much crowded with bizarre electoral stories, including some involving the accidental or purposeful election of animals — the 1938 election of a mule as the Republican mayor of Milton, Washington is just the tip of the iceberg. But election in its broadest sense — as in, a gathering of some sort in which people come together to decide upon a certain person's position — has been witness to some of the most alarming and bizarre behavior of the human species. Compared to the items below, the 2016 Presidential Election seems almost sane and well-rounded by comparison. Almost.

1. Ancient Greeks Elected People To Be Kicked Out Of Town

We often view ancient Greece as the foundation of democracy, but one of its legislative election strategies has, fortunately, not survived into the modern day. For a significant period of ancient Greek history, people who were eligible to vote in Athens (i.e. no women or slaves) were asked annually if they wanted to hold an "ostracism" vote: instead of electing a person into power, they were electing them all the way out of town. This is where the modern idea of "ostracizing" comes from — it is derived from the ostraka , bits of shattered pots on which the name of the person to be banished was written by voters or scribes.

Ostracizing somebody via election had serious consequences: the person had 10 days to get out of Athens, had to live outside fixed limits for 10 years, and couldn't vote or hold public office. It was basically like a city-wide restraining order. Actually getting somebody ostracized, according to Cambridge professor Paul Cartledge, required 6,000 votes against their name, a pretty large number in a city where there were only 50,000 eligible voters. This "reverse election" was usually meant to stop people who were threatening, or allied to tyrants in some way, from getting a grip on political power. It was also, frankly, probably a lot better than being thrown in jail.

2. Winston Churchill Couldn't Vote For Himself

Elections don't only go wrong in outlandish, over-the-top ways; they can also go wrong due to very minor factors, including bureaucratic incompetence. Winston Churchill, who had cemented his claim as the British nation's hero as Prime Minister during World War II, nevertheless managed to lose the general election in Britain in 1945, much to the continuing mystification of historians. (The BBC, reflecting back in 2011, thought perhaps that Churchill's utter devotion to being the 'War Prime Minister' meant that he was perceived as not up to the job of leading the country in times of peace.) But the defeat, which was completely unexpected, was compounded by the fact that Churchill himself hadn't been able to vote in the election at all.

History Extra explains that due to the chaos of World War II and inconsistent updates of the electoral roll, the country's Prime Minister, and probably the most famous person in the country aside from the Queen, managed to be left off it entirely. What poor aide discovered this, and how Churchill reacted, is unrecorded by history, but it must have stung to be unable to even cast his own vote in the election that threw him out.

3. A Hermit Was Elected Pope Without His Consent

Electing popes can be a tricky matter. People have competing interests, and opinions can lead to deadlock. (One three-year delay in the election of a new pope in the 1270s was only resolved when the electing cardinals were shoved into a church with no roof, and not let out until they'd chosen one.) But one solution proved mildly disastrous in 1294: the person they chose for the job had absolutely no wish to be elected at all.

According to Thomas Bokenkotter in his Concise History Of The Catholic Church , a deadlock was broken when "somebody shouted the name of Peter Morrone [Pietro da Morrone], a barely educated hermit famed for holiness". Unfortunately, Pietro, who lived a very nice life in the middle of nowhere being holy, had no intention of being the pope, refused to take the office, and had to be basically manhandled into accepting the papacy. He hated it, and, in a move that was utterly unprecedented, quit after five months, saying that he wanted to be a hermit again. (The next pope to quit was Benedict XVI in 2013). Unfortunately, his successor worried that he'd be a threat, and imprisoned him in a castle until his death.

"Election," when it comes to kings and emperors, might seem like a funny word to use; but it's a valid one in certain circumstances, usually when there's no clear heir and the people who want the throne have to win over the support of top nobles and powerful citizens. One of the most amazing examples of this? The set of "false Dmitrys" in Russia in the 1600s. Not one, not two, but three people declared they were actually the legitimate heir to the Russian tsar and ran around trying to prove it.

The "Dmitrys" were all claiming to be the heir of Tsar Ivan IV the Terrible, whose son Dmitry had actually died as a child. (None of them, needless to say, were actually Dmitry.) The first false Dmitry, pictured, actually managed to be crowned tsar for a while, until a rival killed him and was elected in his place. Afterwards, though, rumors of Dmitry's survival kept circulating, even though the rival actually disinterred the dead Dmitry, burned him, and shot the ashes out of a cannon to prove that he was very much dead. Two more false Dmitrys turned up to try and get elected as tsar, declaring that they had mysteriously survived their multiple deaths, raising armies and royal support, and causing havoc (though without success).

5. A Duke Held A King's Corpse Hostage Until He Was Elected Emperor

When it comes to trying to swing an election, perhaps nobody in history has gone as far as Duke Henry of Bavaria in 1002. He was desperate to succeed Otto III as the head of the Ottoman Empire, and needed access to a number of royal items in order to achieve his goal, including some of the royal insignia (a lance, an orb, and a crown). So he did what any enterprising election-fixer would do: he waylaid Otto III's funeral procession as it trundled through Bavaria, demanded all the royal stuff, and, when the archbishops accompanying the corpse refused, took both them and the corpse hostage.

The archbishops did, sensibly, give up the goods in the end, because somebody who hijacks a corpse is clearly not to be trifled with. (Henry declared he had been "overcome with grief" at the sight of Otto's dead body, which was why he'd nicked it.) The would-be king then took charge of the body, disemboweled it and interred the entrails in a local chapel, which was meant to look like a gesture of deep loyalty to Otto (but is actually just creepy), then helped shoulder the casket and carried the orb and lance around prominently. The result? He convinced everybody that Otto really did want him to be elected Emperor. He was hastily crowned King after the funeral.