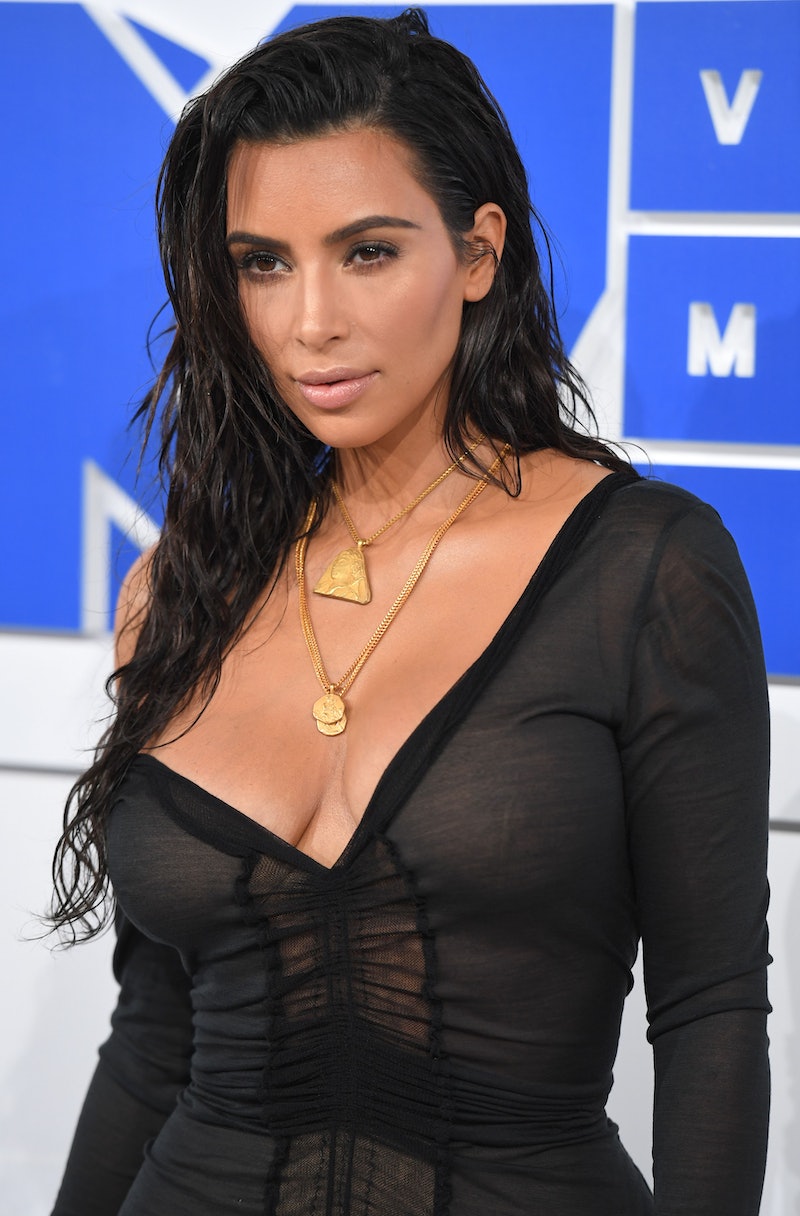 One of the most prominent questions in the wake of Kim Kardashian's robbery is simply this: Where was Kardashian's security when she was held at gunpoint in her hotel room in Paris on Sunday night? It's an honest, fair, and obvious question, to say the least — particularly seeing as how Kardashian has spent the past several days lauding her bodyguard on social media — and it's one with a scarily easy answer.

According to the Daily Mail, Kardashian's main bodyguard, Pascal Duvier, may have been protecting her sisters at the time as he "was out with Kim's sisters Kourtney and Kendall Jenner as they enjoyed a night out at the Arc nightclub in Paris" when the intruders entered the hotel and allegedly tied the reality star up and locked her in the bathroom as they robbed her of jewelry. The Mail claimed that "they rushed back to the apartment after hearing of the heist." The whereabouts of her other security staff, and how many she had on hand, has not yet been reported.

In describing the attack, a source told E! News that Kardashian was "gagged and bound at her hands and feet, then handcuffed and held at gunpoint."

"She begged for them to let her live and [said] she has babies at home. Then they wrapped her mouth in tape and put her in the bathtub," the insider revealed. "She thought they were for sure going to kill her." Bustle has reached out to Kardashian's rep in regards to this account, but has not yet heard back.

Kardashian had praised Duvier several times throughout Paris Fashion Week, including earlier on Sunday — tweeting a photo of herself walking with her bodyguard in the background.

"This guy is always in my shot!" she jokingly tweeted, which shows the guard walking immediately behind her.

Duvier had already done his job earlier in the week when he stopped a notorious celebrity "prankster" from assaulting the reality star. This man attempted to literally kiss Kardashian's butt when Duvier immediately tackled him to the ground:

After that incident, Kardashian took to Twitter to thank her bodyguard.

According to E! News, Kardashian spoke with Parisian police after the robbery and left in a private plane.

On Sunday night, Kardashian's spokesperson told Bustle in a statement: "Kim Kardashian West was held up at gunpoint inside her Paris hotel room this evening, by two armed masked men dressed as police officers. She is badly shaken but physically unharmed."