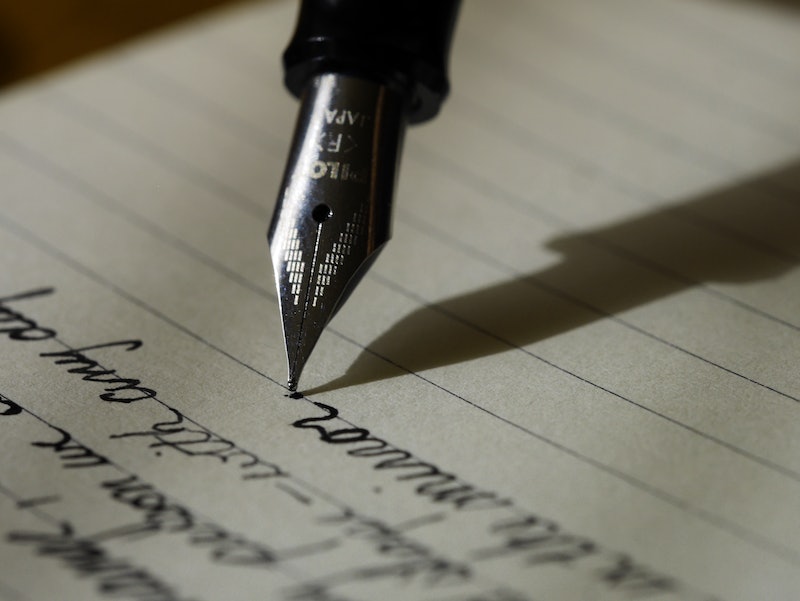 After the recent disclosure of Elena Ferrante's true identity, there has been a lot of talk about an author's right to remain anonymous. The truth is, there is a long history of writers taking on pen names, and there are a variety of reasons that an author would choose to do so. Historically, women have adopt male names so that their work will be taken seriously. Sometimes, established authors will take on different names in order to write under different genres. Other times, writers will use pen names to stay out of trouble or stay out of the public eye.

But, as Shakespeare said, "What's in a name? that which we call a rose/by any other name would smell as sweet." Does the knowledge of a writer's real name really change how we think of them or their work? Take a look at the first-class writers below and consider the impact of their work upon literature. Is that suddenly different because they have a different name?

Living or long deceased, you'll find that some of our most famous and most beloved authors have used pen names. You might be surprised to find some of your favorite authors in this list:

There is a lot of speculation that Shakespeare was actually a pen name. Some people believe Shakespeare was actually Sir Francis Bacon; other speculate that it was fellow playwright Christopher Marlowe; and still others believe it to be the name given to a coalition of writers. Much of this mystery is rooted in the belief that Shakespeare's biography (that of a poor, uneducated commoner) doesn't fit with the level of intellect exhibited in his works. It's likely that we may never know the truth.

J.K. Rowling published the Cormoran Strike series under the name Robert Galbraith because she "was yearning to go back to the beginning of a writing career in this new genre, to work without hype or expectation and to receive totally unvarnished feedback."

Mark Twain was actually the pen name of Samuel Clemens. Twain claimed that he took the pen name from Captain Isaiah Sellers, who would publish practical information about the Mississippi River under the name "Mark Twain."

The Brontë sisters published some of their poetry under male names in order to avoid sexism aimed toward their work.

Handler has had success in the worlds of both adult and children's literature. He writes his children's books under the persona of Lemony Snicket, and his adult books under his own name (and persona, we assume.) Handler says that he began using the "Lemony Snicket" moniker while doing research for his book The Basic Eight so that he could contact right-wing organizations for research without giving his real name. The name went on to become a running joke between him and his friends.

That's right, the author of Alice in Wonderland wrote under a pen name in order to maintain privacy in his life.

This one surprised me when I found out. Neruda wrote under a pen name because his father disapproved of his poetry.

Rand wrote under a pen name to cover up her Russian origin and be better received by U.S. readers.

Plath originally published her well-known novel, The Bell Jar under the name Victoria Lucas because readers had trouble pronouncing her first name.

When publishing her first novel, The Bluest Eye, Wofford chose to use her school nickname "Toni" (a shortened version of her saint) and her ex-husband's last name. She has since stated her regret for not using her own name on her work.

The author of the classic Middlemarch, Evans used a male pen name so that her works would be taken seriously.

While at college, Geisel was caught drinking gin with friends in his room (this was during the prohibition era). As punishment, he was banned from continuing his work on the school's humor paper, so he began to publish under the name "Seuss." He later added "Dr." to his name because his father had always wanted him to practice medicine.

Judith Rumelt selected her pen name in high school, which was inspired in part by a Jane Austen short story.

The author of the Fifty Shades of Grey books first published fanfiction under the name Snowqueens Icedragon. She later took on the name E.L. James for the publication of her books.

The author of Mary Poppins began using Pamela Lyndon Travers as a stage name, and she continued using it as a writer.

The author of the epic A Wheel of Time series, he wrote all of his books under pen names, using different names for different series. There has been some speculation that he formed the pen name Robert Jordan from his initials (JOR). Fans have also speculated that the name was taken from the main character of Ernest Hemingway's For Whom the Bell Tolls.