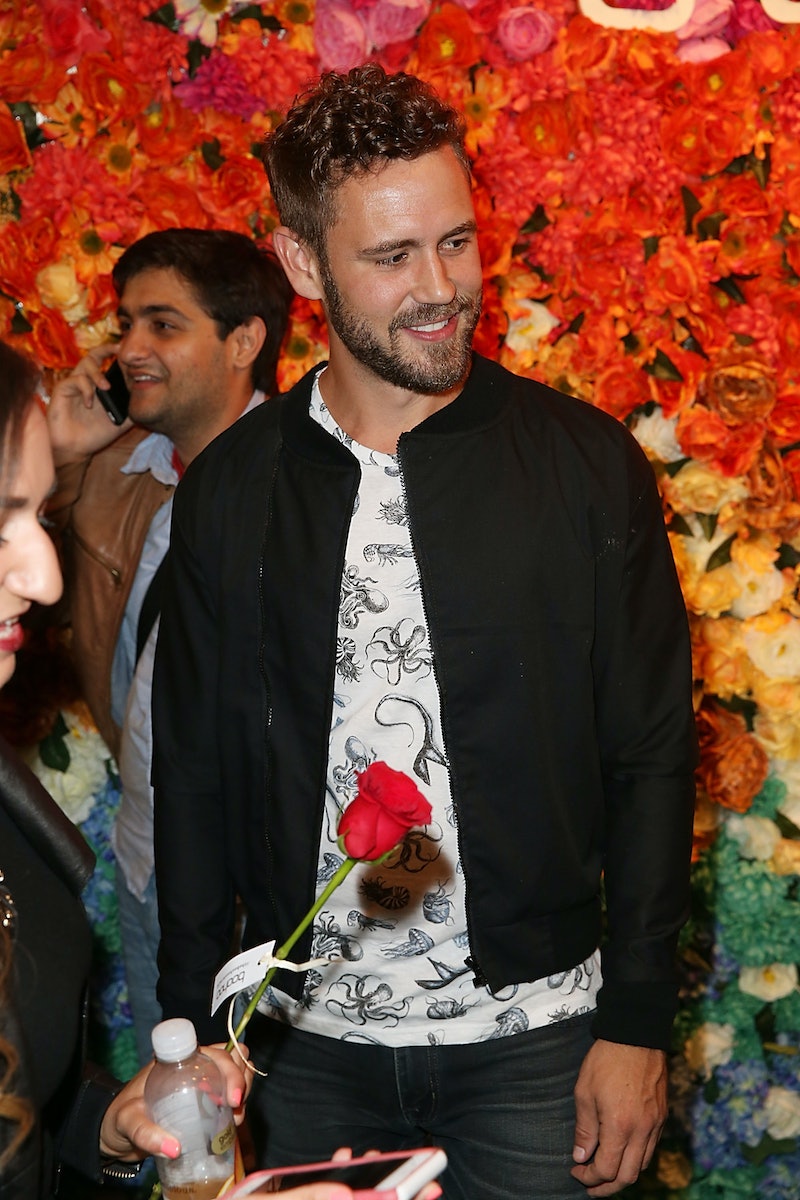 The Bachelor franchise has become a year-round staple. The summer was filled with Bachelor in Paradise and with couples getting engaged in a matter of weeks on the shores of Mexico. Now, Bachelor fans wait anxiously for the return of the popular show. Nick Viall is the next Bachelor, and, while the show doesn't air until January, filming is currently underway. It's only a few months' wait, but people are anxious for any insider information about the happenings in the rose world. Show creator and executive producer Mike Fleiss is well aware of this and has been using his twitter to give spoilers and updates from behind the scenes. But what can be decoded from Nick's Bachelor spoilers based on how accurate JoJo's spoilers were?

Fleiss started doing this whole behind the scenes updates thing during the filming of JoJo's season of the Bachelorette. There's a lot of truth and a lot of reveals that will only be understood after the season airs. In order to figure out the accuracy of some of the Fleiss spoilers from Nick's season, it is important to compare them to JoJo's season. Many of the tweets from JoJo's season contained some truth, but also were vague and misleading. So here's a compare and contrast with one season that has already played out and another that will be revealed in January.

There were many photos of JoJo chilling behind the scenes during her season. Similarly, there have been photos of Nick spending some quality behind the scenes time,, as shown above. Both reveal an odd truth about the show. No matter what's happening in front of the cameras, the show boosts the visibility of an ordinary person. JoJo expanded her brand by being on the show, the proof being in her two million Instagram followers.

Whether revealing that one date involves a helicopter and a hot tub as pictured above or showing that JoJo will get to drive a cool car, Fleiss is happy to spoil some of the crazy Bachelor dates. JoJo really did end up cruising in the car, so it's fair to say that the hot tub helicopter combo is not a fake reveal. Bachelor style dates are often extravagant, so this is no surprise.

3. The Spoilers Will Be Vague Since It's All About Fleiss

4. The Random Descriptions Of A Few Contestants Are Accurate

On JoJo's season, Fleiss tweeted often about how the many of her men needed to shave or get a haircut. This turned out to be true. So many of the boys from her season, including her pick at the end, had pretty wild hair. It's safe to assume that when Fleiss references random specifics about a Nick lady, it's probably true. I guess we'll be seeing an Ivanka Trump look-a-like.

5. The Emotion Updates Are Real

Fleiss is working closely with the lead as filming happens, so he has the inside scoop on their emotions. On JoJo's season, he even revealed the number of guys she was falling for. Many of these numbers read as true when the show premiered, so it seems that the updates on Nick's feelings could be read as true.

6. The Frontrunner Won't Be Spoiled

Despite pictures and many tweets, Fleiss doesn't want to spoil who's winning the show. During JoJo's season, Fleiss tweeted out a full photo of Chad. Chad, who would become the villain of the season, definitely wasn't ending up with JoJo in the end. For Fleiss, the spoilers are a balancing act of revealing information, but not giving away the outcome.

If anything is true about the Nick season spoiler tweets, it's that there will be many more to come. There's plenty of truth in Fleiss' tweets, but some will be understood only when the season is airing. But I'm not complaining. I want any information I can get.