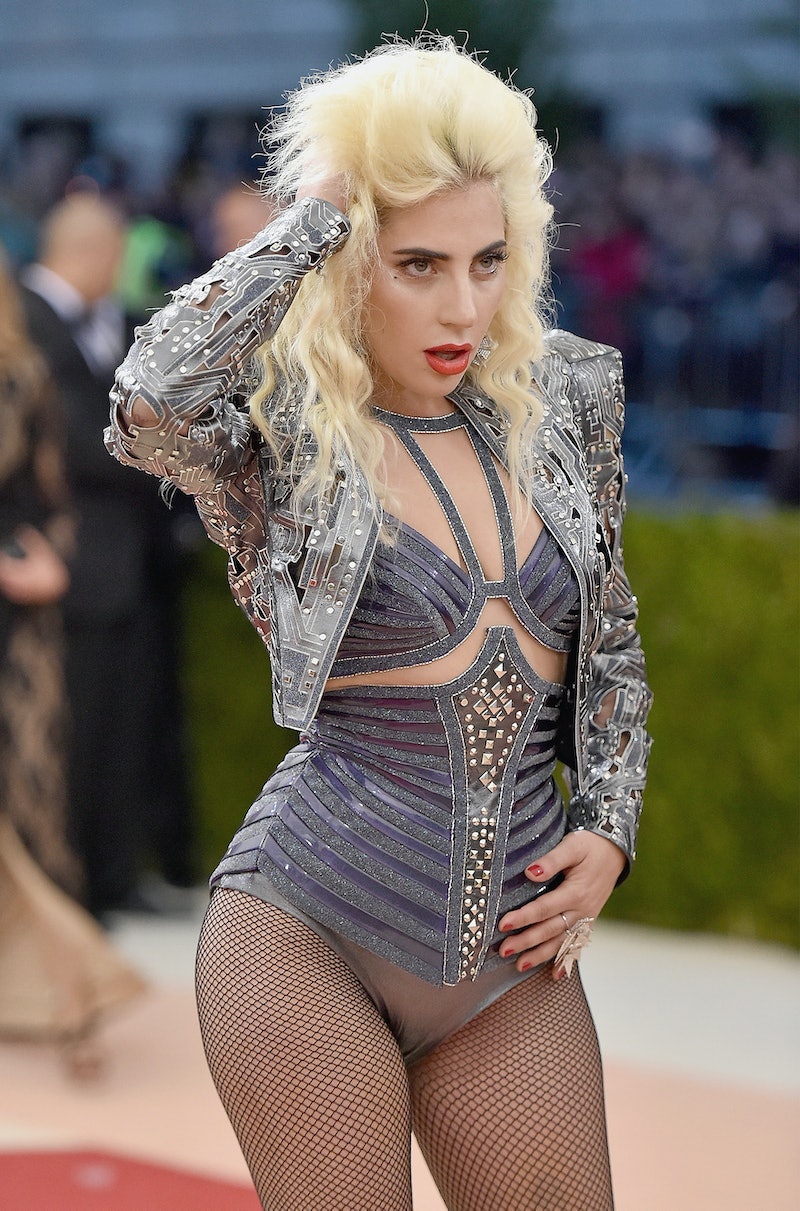 I have to say, when Lady Gaga and Taylor Kinney announced their split and ended their engagement, I was a little bit heartbroken myself. In the crazy whirlwind it was to be a Lady Gaga fan, Kinney always seemed like the one thing that kept her grounded. Plus, they were just so in love. Ugh. What is love in this day and age, anyway? That very question led to the creation of the singer's new single. Lady Gaga admitted that "Perfect Illusion" was inspired in part by Taylor Kinney, but it also has a bigger message than that.

When Gaga announced her newest single from her upcoming album, Joanne, people naturally were quick to assume that "Perfect Illusion" was about her breakup with Kinney. I definitely thought it was, considering she frequently writes about her personal life in her music. Gaga told E! News, and said "I would just say that my music on my album as well as all my albums is inspired by my personal life and this one more than others ... I have said it before — I love Taylor so much and he's my best friend."

In addition to speaking about Kinney, she told E! News that "Perfect Illusion" is more broadly about dating and having relationship in the age of social media and the internet — a sentiment many single and taken people alike can relate to.

The lyrics of "Perfect Illusion" made many fans wonder about her true feelings about Kinney. Most obvious, the chorus of the song is a repeated refrain of "It wasn't love, it wasn't love/It was a perfect illusion." Did she mean that her love with Kinney was not real? Not exactly. After admitting that the two ex-lovers are still best friends, Gaga told E! News of the accompanying music video,

"This video is a performance of a song that I wrote of that moment about how I feel, but how I'm sure he's felt sometimes, how you have felt sometimes, how other people feel in relationships, how I see my friends struggle and become just full of rage and anger as they try to figure out how to date during a time when everybody's sort of creating these perfect illusions of themselves on the internet and nobody really knows what's real and what isn't ... It's about all of that."

Is she reading my mind or what? I can attest as a single woman that dating in this digital world is near impossible, particularly because of what Gaga is saying right here. Even in her own stable relationship with Kinney, they probably endured the stress of keeping up with their public personas by creating this "perfect illusion," something that happens even in non-celeb world. When you meet someone now, it's a battle of whether to trust who they are at face value or dig deep into their social media accounts to figure out what they're doing for show.

In the past, much of Lady Gaga's career has been about theatrics and outlandish costumes and characters, but with her new album, Gaga is ready to shed the "illusions" and get back to reality. She continued to E!,

"I just want to do what I'm doing right in this moment. I want to sing and dance and be as close as I can to as many fans and people as possible and bring them together through music and through live performance. That's my calling and that's really what I'm most focused on."

While the sone was somewhat influenced by Kinney, what's important is that Gaga is excited for this next chapter in her life, and she's got herself and her music to thank for that.