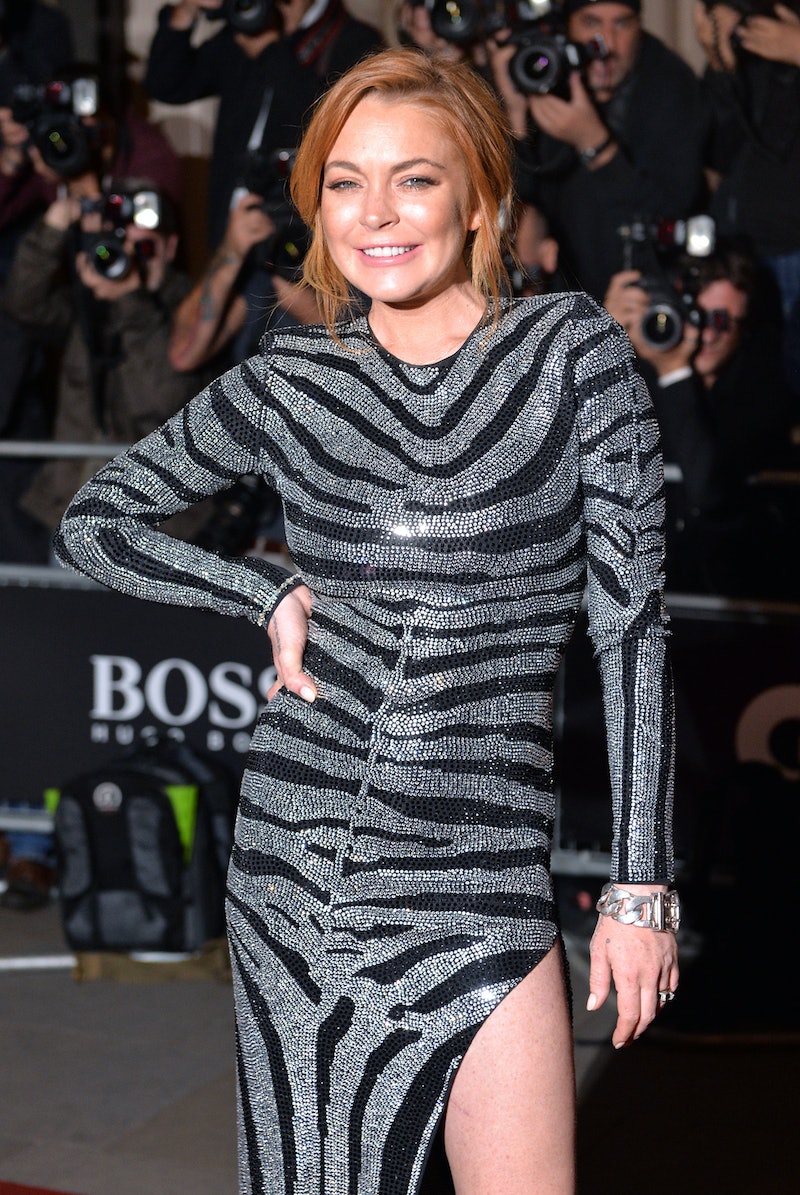 You know that scene in Mean Girls where Cady Heron is distributing pieces of the Spring Fling crown and she hands one to Regina George, "who fractured her spine and still looks like a rockstar"? I have been waiting all day to apply that line to Lindsay Lohan, who lost part of her finger in a boating accident and is still posting about Mean Girls Day like a rockstar. In fact, Lohan used literally the best Mean Girls quote of all in celebration, one that also addresses that terrifying finger incident but also inadvertently praises Amanda Seyfried's epic delivery of the line. Girl has a dark sense of humor and I am all about it.

Posting a text convo with her friend to Instagram, in which they reference Aaron Samuels' famous question about what day it is ("it's October 3rd"), Lohan casually used the best hashtag of all time in the caption. I'm screaming, TBH.

"#mynailbedssuck," she wrote, along with several other words that aren't nearly as important.

While it admittedly took me a second to put two and two together, there's no way that this was just thrown in there as a random Mean Girls quote — the photo was posted just several hours after the actor revealed the news about her finger to the world. And it's not even a line said by her character! Lohan is the only one who should be making light of herself almost losing an appendage, and I'm obsessed with the fact that she so cleverly tied it in to Mean Girls Day.

As for Lohan's actual nail beds, hopefully they won't suck for long. Fortunately, she was able to save her finger after she ripped off the bottom half while trying to anchor a boat on Sunday. In a Snapchat, she wrote: "I almost lost half of my finger, thank goodness we found the piece of my finger... I just had surgery to fix it."

She later took to Instagram to share a "one-handed selfie" — and, of course, find a Mean Girls quote that perfectly summed up how she "celebrated" the iconic day.

Lindsay Lohan, you did the damn thang.