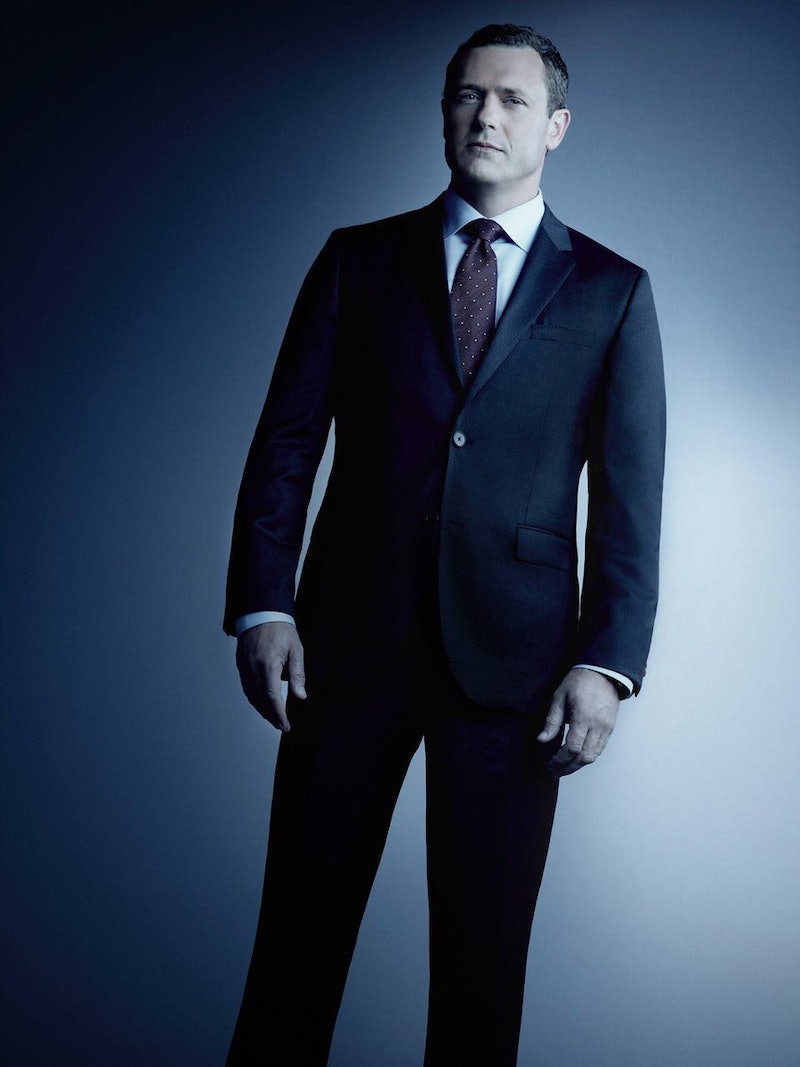 Although the revelation that a new Director had replaced Coulson as the head of S.H.I.E.L.D. was teased in the final moments of the Season 3 finale, Agents Of S.H.I.E.L.D. Season 4 has been slow to roll out information about the new boss. We didn't even see him in Episode 1, with the man only referenced with variations of respect and scorn depending on the agent. Although we finally met the character played by Jason O'Mara during Episode 2, it took until the third week of the season to learn the new Director's full name: Jeffrey Mace, as reported by Entertainment Weekly. But who is Jeffrey Mace, and what kind of role will he play in the Marvel Cinematic Universe?

Given that AoS creates original characters just as often — if not more often — than it adapts existing ones from its source material, it's often difficult for the uninitiated to tell the difference whenever a new face is introduced on the show. So for those not intimately familiar with the long history of Marvel Comics, Jeffrey Mace is indeed an established character pulled from the page. Viewers started speculating that this could be the Director's true identity when Coulson referred to him as "Jeffrey" last week, but now we know it for a certainty.

Given his rather violent-sounding last name and the ominous build-up to his introduction — not to mention the fact that authority figures almost always turn out to be bad guys in these types of stories — it would be only natural to assume that Jeffrey Mace is the alter ego of some evil supervillain hell-bent on world domination; but you'd be wrong. In fact, Jeffrey Mace was a noble superhero who operated at various times under the names Patriot… and Captain America.

Introduced in 1941 in the pages of The Human Torch, Mace was a young reporter who found himself inspired by Steve Rogers' exploits to dress up in a costume (despite the fact that he had no superpowers) and fight crime and bust Nazi spy rings in New York City during the 1940s. After Steve Rogers vanished into the icy waters of the Arctic, Mace took it upon himself to don the fallen hero's costume and carry on his legacy. In fact, Mace served as Captain America for longer than Rogers ever did — until, of course, Rogers was de-thawed and took up his own mantle once again. Eventually, Mace retired from crime-fighting and became a reporter once more, and died of cancer at an old age.

So what does this mean for Agents Of S.H.I.E.L.D.? It's honestly a bit surprising to learn that the new Director's comic book inspiration is so virtuous, considering the ominous undertones of his scant appearances thus far. But that could simply be a case of clever misdirect, leading the audience to believe he'll be another unlikable bureaucrat, only for us to grow to like him. However, there are obviously a lot of differences between the onscreen version of Jeffrey Mace and his comic book inspiration — here he's a super-strong Inhuman rather than an un-powered human, and, unless immortality is one of his abilities, he also wasn't alive during the 1940s — so it's hard to guess where the show is going with the character.

Will we ever see Director Mace adopt either of his alter egos? It's not difficult to imagine the man being dubbed the "Patriot" after some highly-publicized act of derring-do… but will we ever see him adopt the moniker of Captain America? Well, considering that this summer's Captain America: Civil War ended with Steve Rogers giving up his shield — and the title that goes with it — there is actually an opening there for someone new to take up the job.

Having a character on AoS briefly "become" Captain America would be a great way to tie the popular Avenger into the TV show without actually having to pay Chris Evans to make an appearance. Just like Batman in The Dark Knight Rises, Captain America is not a person but an idea, and Jeffrey Mace may be the perfect person to carry on that idea. Plus, it would be hilarious to watch Coulson — Cap's number one fan — have to watch as someone else gets to carry the iconic shield instead of him.

Of course, when Mace ends up dying a heroic death at some point in the series, the Captain America job position will conveniently be open again just in time for Avengers: Infinity War to roll around in 2018.