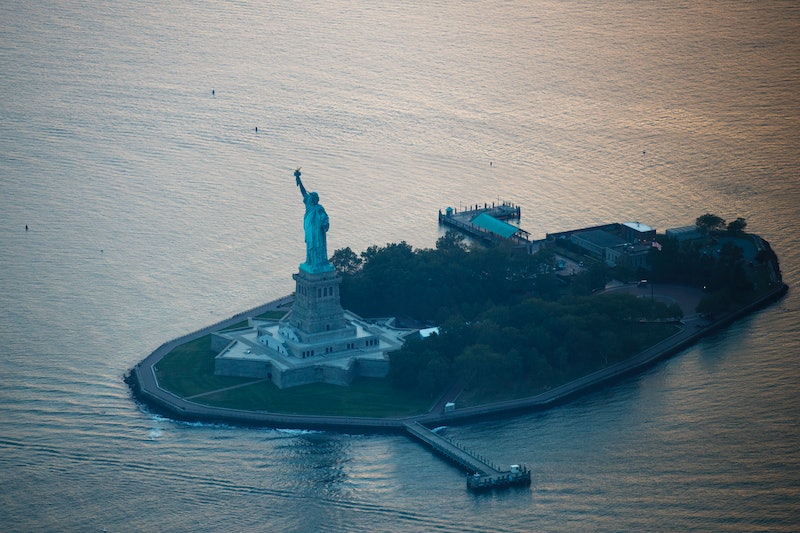 On Tuesday, the vice presidential candidates took the stage at Longwood University for their first and last head-to-head debate of this election. Many voters are extremely familiar with their running mates, Donald Trump and Hillary Clinton. But getting to know the VPs is something that's essential ahead of the November election, as the position is one that has the potential to rise to the presidency, should anything impede the elected president's ability to lead. As you learn more about Indiana governor Mike Pence, you might be wondering, who is Richard Michael Cawley, Pence's grandfather?

According to the Indianapolis Star, Pence's grandfather immigrated from Ireland to the United States in 1923 at Ellis Island. He worked as a bus driver in Chicago. Pence's heritage was perhaps a driving factor in his 2006 Border Integrity and Immigration Reform Act, which was a proposal to create a temporary guest-worker program for immigrants. It would have made immigrants "self-deport" and return to the U.S. with a job.

Although somewhat progressive for a Republican, the Act wasn't liberal, either as it didn't offer citizenship for undocumented immigrants. Newsweek reported that at the time, Pence gave a speech at the Heritage Foundation where he said "It is not logically possible to round up 12 million illegal aliens. We know that this idea of putting everybody on buses and conducting a mass deportation is a non-starter."

The Indy Star reported that in speaking to then President George Bush about the proposed legislation that "We're a nation of immigrants. I don't just get it. I lived it." As Pence tried to push the Act in 2006, he told people that he and his grandfather "were especially close," and that he saw his grandfather's spirit in the immigrant generation of the time.

However, it seems that his views on immigration have since changed, as he joined a lawsuit in 2014 against President Barack Obama's executive order to protect 5 million undocumented immigrants. Although The New York Times reported that Pence was raised in a family of Irish Catholic Democrats, he "had a hard way of reconciling my commitment to biblical truth with the national Democratic Party's commitment to abortion on demand," and his evangelical views formed in college pulled him to the right. When he was elected to Indiana government, he opposed big-government programs like No Child Left Behind and the Medicare drug benefit.

Immigration was a talking point during the debate, and Pence failed to defend Trump for his many divisive and negative comments throughout the campaign thus far.