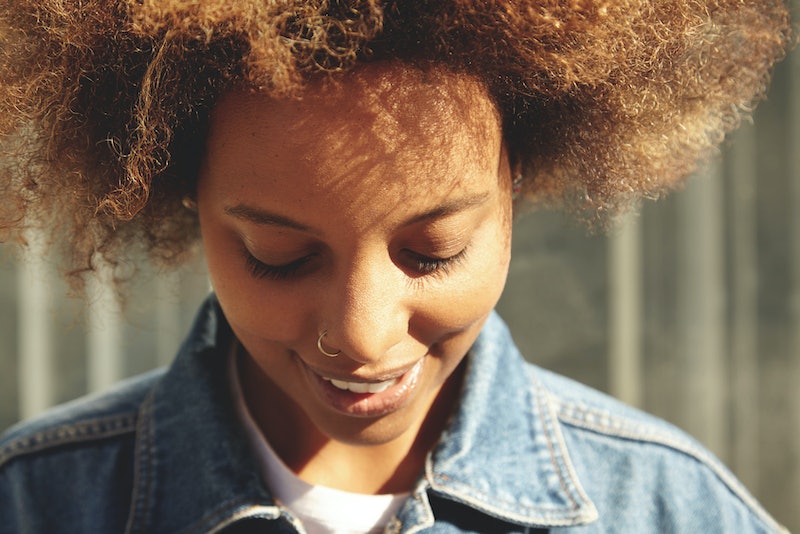 When you first find out you've been cheated on, it feels like your stomach drops out— and there doesn't seem to be anything you can do to make it better. But it's important to remember not to let it knock you out and to remember that you have nothing to be embarrassed about, they do.

"It can scar you emotionally for a very long time and interfere with future relationships," dating expert Noah Van Hochman tells Bustle. "You have a very big decision to make. Do not make excuses for this person or believe in any way that it’s your fault. The person cheating make a conscious decision to do this. They could have told you that things are not going well in the relationship and made it clear that continuing it may not be the best thing."

It's easy for people to say that you shouldn't feel badly, that you'll bounce back — but at the time it happens it just feels like empty rhetoric. Luckily, it's not just words. There's been a lot of research into infidelity and it seems that science actually backs up the idea that you'll be better off in the long run. If you're anything like me, it's comforting to know there's something real to back up those platitudes.

Here are three reasons why it's good to be cheated on according to science, because they actually will regret it in the long run:

You know how people talk about learning from a bad relationship? Well, recent research shows that there's actually substance to back that up. Earlier this year, researchers from Binghamton University and University College London conducted an anonymous online survey of 5,705 participants in 96 countries and found that women who had been cheated on developed "higher mating intelligence" and could better see "low mate value" in the future. In other words, they were less likely to get duped by a f*ckboy again. They also found that it was good for personal growth, which is always a win.

2. What Doesn't Kill You Makes You Stronger... Literally

I know that it's a cliche, but science says it may be one for a reason. Research in Journal of Personality and Social Psychology from the University at Buffalo-the State University of New York and the University of California, Irvine looked at 2,398 participants and found that those who had experienced a few adversities fared better than those who hadn't suffered any — their mental health was better and so was their sense of wellbeing. It builds your "psychological immune system"— which is never a bad thing.

3. You'll Get The Last Laugh

It's not right to be vindictive, but it is comforting to know that if you're a woman who's cheated on and your relationship ends, you'll bounce back better. The same study from Binghamton University found that while women invest more into a relationship, men are more competitive, meaning that if they feel they lose a good match they feel that loss profoundly — and for many years after the breakup. So it may be tough now, but you'll bounce back better— and be way better off in the long run.