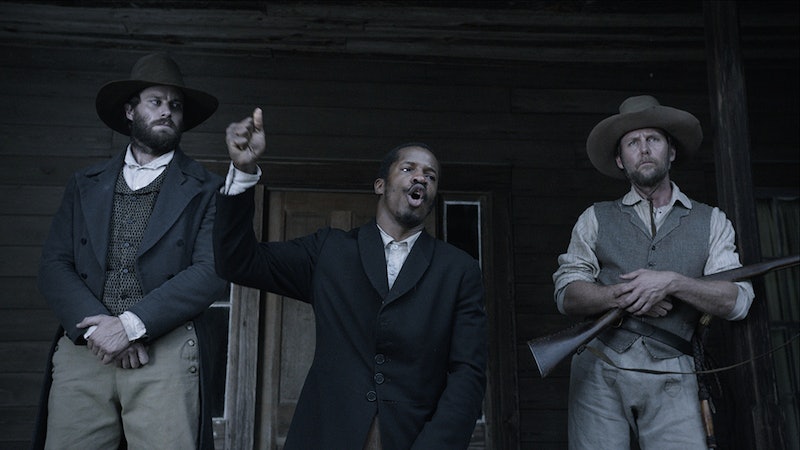 Historical dramas generally aren't known for having hip, current soundtracks. Then again, The Birth of a Nation is not your typical historical drama. The film, which reappropriates the title of one of the most infamous and racist films of all-time, tells the story of Nat Turner. Turner was an American slave and preacher who led the largest slave uprising in American history in 1831, paving the way for the dissolution of American slavery some 30 years later. So what kind of songs accompany his revolt on the Birth of a Nation soundtrack?

Nothing that would have been sung in 1831, that's for sure. The film's soundtrack is an "inspired by" album, meaning it features songs that were inspired by the film but aren't necessarily featured in the film. It's a lot of hip hop with some R&B mixed in, with most of the songs having to do with the racial issues and history that are so front and center in the film. And there are a lot of big names involved; Lil Wayne, Meek Mill, Trey Songz, The Game, K. Michelle and more all contribute tracks to the album. Here's the full track list:

12. "Sins Of Our Fathers" – The Game and Marsha Ambrosius

Almost all tracks are originals, and to get a better feel for them, here is a sampling of some of the standouts. Warning: Strong language.

A moving piano ballad from a guy normally associated with dance club music.

Although she is perhaps best known as a reality star thanks to Love & Hip Hop, K. Michelle proves she has real chops on this soaring number.

Like Songz, Ne-Yo also slows things down for this emotional track.

Songwriter Ku steps out from behind the scenes and takes the lead vocal on this haunting tune.

With some of the biggest names in music contributing powerful, original songs, the soundtrack for The Birth of a Nation just might end up drawing even more praise than the film.