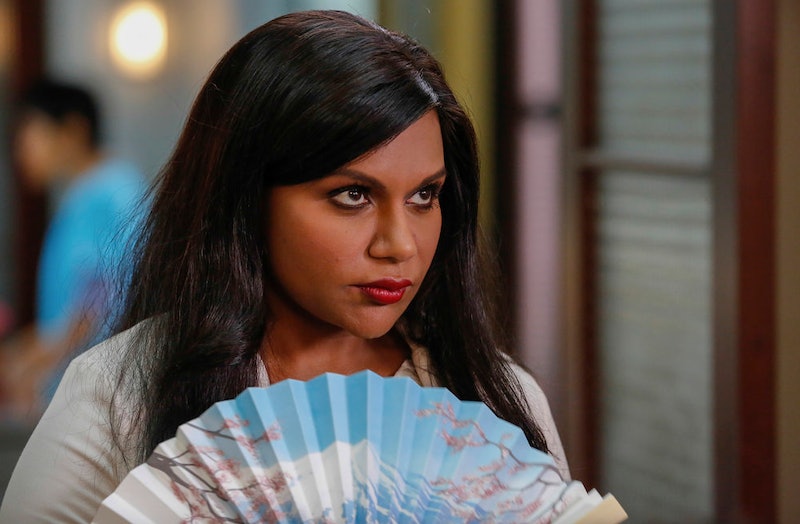 Praise the goddess of bear claws, the romantic reign of Jody Kimball-Kinney might finally be over. Despite his expensive romantic overtures, Mindy decided not to pursue a relationship with him. However, she didn't get back together with Danny Castellano either. Mindy chose herself on The Mindy Project and is waiting for someone truly special to come along.

That's fair, because as I've pointed out in the past, both Jody and Danny were problematic partners in similar ways. Their overly-traditional values clashed with Mindy's lifestyle and goals. I'm also fine with Danny getting married again, especially because I like seeing Greta Gerwig on this show. The Mindy Project has always been a mainstream haven for indie and mumblecore darlings. I'm not entirely sure where this show is headed this season, which is kind of exciting. Mindy and Danny will always love each other, they admitted that in the episode.

Who will she be with next? Not Jody, that's for certain. The final scene in the episode made that abundantly clear, with Jody pulling out every "Angry Nice Guy" cliché in one fell swoop. "No, I will not be your friend! A good friend would have fallen in love with me," he exclaimed. "Even an OK friend would have had sex with me after all the time and money I spent wooing her." Gross! It was so over the top and problematic that I hope this means that Jody will transition into the show's villain.

I do have one stray observation about Jody Kimball-Kinney, though. Has anyone ever mentioned to him that his sexism is undermined by his own hyphenated last name? Someone in his family was a feminist. It's more stereotypically Southern gentleman to have your mother's maiden name as your first or middle name, or to have your father's name and be a Jr. or a III. Maybe they have referenced it, and I put it out of my mind.

This decision to break free of the love triangle with Danny and Jody at least gives Mindy the opportunity to continue dating fun new guest stars. Hopefully, it also gives Danny time to grow. While Jody threw a cartoonish hissy fit over Mindy's decision, Danny pretty bluntly stated that he wasn't willing to change his mind about the kind of wife he wanted Mindy to be. Hopefully Season 5 will focus on his journey as well.