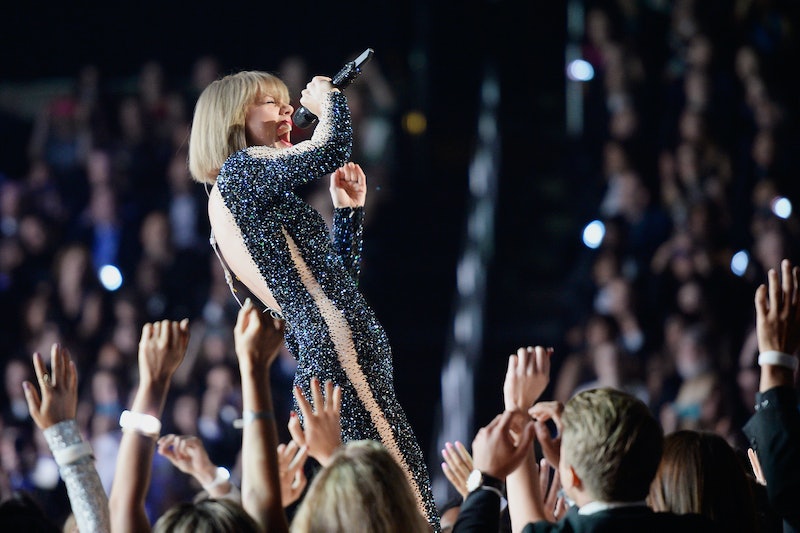 Good news, Taylor Swift fans: There's going to be a lot more of your favorite pop star to love. In a huge move Tuesday, Swift signed an exclusive multi-year deal with AT&T, and, as part of it, agreed to perform during Super Bowl weekend. But, does that mean Swift will be performing during the Super Bowl half-time show? As much as Swift fans might be crossing their fingers that the pop singer will be headlining the Super Bowl halftime show alongside the already confirmed Lady Gaga, unfortunately, this doesn't seem to be the case. She'll perform, but not the night of the big game.

It’s still a pretty good deal for Swift fans, though, because it involves the pop star performing at the Saturday night concert before the Super Bowl. OK, I know. It’s not as exciting as the half-time show itself, but maybe I should remind you that this deal means she will definitely be in Houston the weekend the big game is played. That means that Swift will be in close proximity to the game, so there's always the possibility of her making some sort of appearance. I mean, if she’s going to be in town anyway, what’s one small surprise performance on Sunday night going to hurt?

Not me, that’s for sure — and definitely not her fans. If anything, it would absolutely delight them, since Taylor Swift has never — not once — performed at or around Super Bowl Sunday. That, to me, seems like the ultimate travesty.

But, even if Swift doesn't make an appearance during the Super Bowl half-time show, this deal with AT&T will still mean big things for the pop star: according to The Hollywood Reporter, “many opportunities” would be available to Swift in coming months. It might not mean a starring role in this year’s Super Bowl half-time show, but it still sounds like fans will be getting a lot more Swift time because of it.