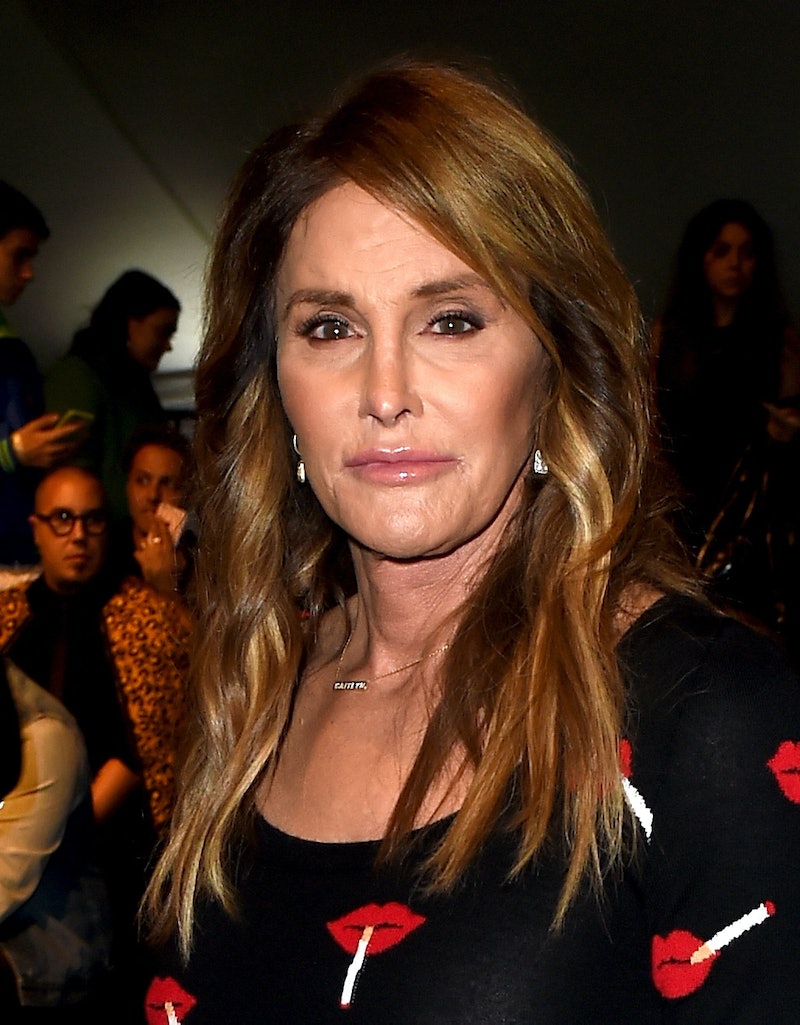 The first Kardashian-Jenner family member has spoken out about Kim Kardashian. On Tuesday, Caitlyn Jenner responded to Kim Kardashian's robbery on Instagram. Alongside an image of Kardashian, Jenner wrote, "Love my girl! After hearing the full story, I'm so thankful she's okay. It's a reminder for us all to be careful in the uncertainty of this world." Fans have been waiting for the Keeping Up With the Kardashians star's family to comment on the scary incident she faced Sunday in Paris, France, and now Jenner has. Her words are short and simple, but also show how much love she has for Kardashian and how thankful she is that the 35-year-old reality star returned home safe.

Before Jenner's Instagram, the only comment that came from Kardashian was released by her rep who told Bustle, "Kim Kardashian West was held up at gunpoint inside her Paris hotel room this evening, by two armed masked men dressed as police officers. She is badly shaken but physically unharmed."

Ever since it was reported that Kardashian was robbed at gunpoint by thieves who stole over $10 million worth of jewelry, she's received both support from friends and hate from others who aren't sympathetic to what she endured. It's unfortunate that so many individuals have thrown hate Kardashian's way, but it's good to know that there are those who have her back. Really, it's no surprise that her family is there to support her during what has to be a traumatic time for her.