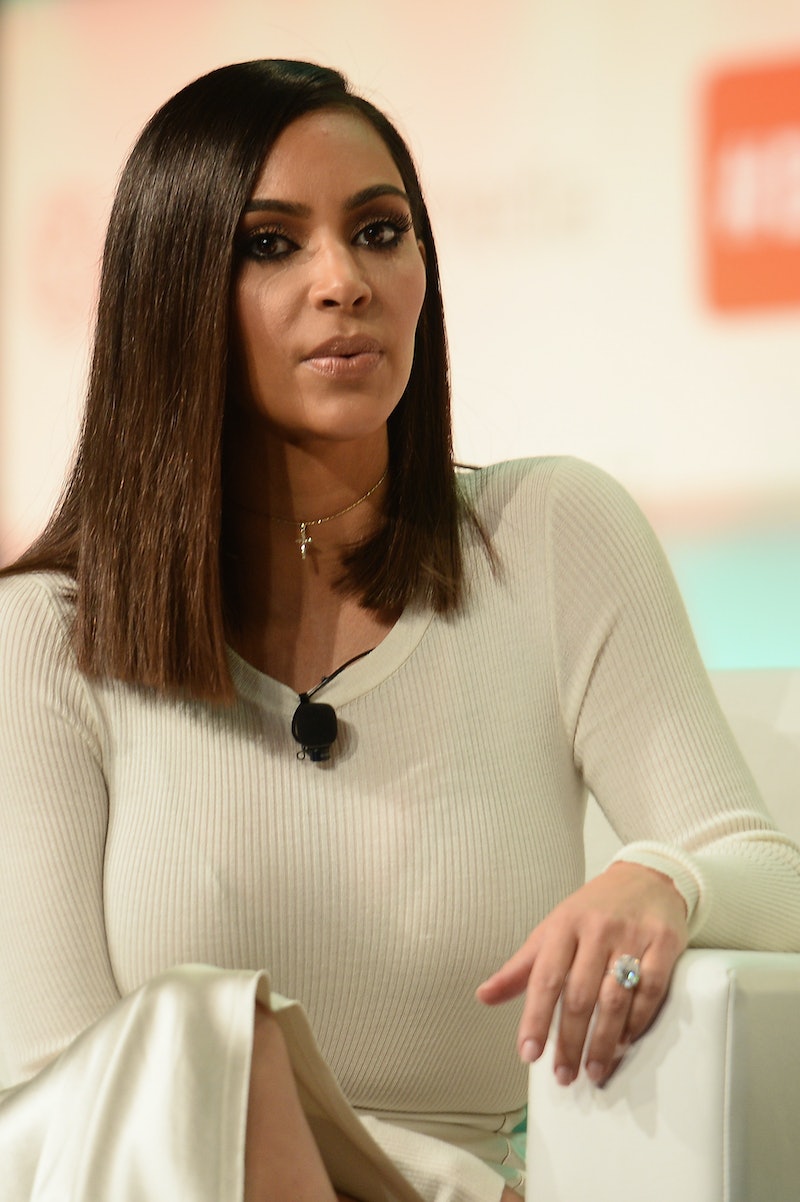 The insults and disrespect thrown Kim Kardashian's way continues. If you've taken the time to scroll the internet and keep up on the details since she was robbed at gunpoint in Paris, France on Sunday, then you know that there are a lot of people who are not sympathizing with Keeping Up With the Kardashians star. There are many even going as far to make rape jokes about Kim Kardashian. Obviously, rape jokes are never OK and will never be OK. Not only is it terrible to see the lack of support Kardashian is receiving, but to then see people commenting on why she should've been raped, they expected her to be raped, or they understand why the thieves wouldn't want take the time to sexually assault her is beyond disgusting.

There are even more jokes coming to light now due to a report shared by TMZ Monday, where the media outlet claims Kardashian feared she would be raped by the men who stole over $10 million worth of jewelry from her. (Bustle reached out to Kardashian's rep regarding this report, who had no comment.) According to TMZ sources, "They [the thieves] zip tied her hands with plastic handcuffs and duct taped her to make it more secure. We're told one of the men grabbed her by the ankles ... Kim told cops at that point she believed she was about to be raped." The sources claimed, "The robbers duct taped her ankles, picked her up, and put her in the bathtub. She then started screaming ... begging them not to kill her because she had babies. She went on to say she had money and they could take whatever they wanted."

Kardashian has yet to speak directly about the incident, but her rep released the following statement to Bustle after the robbery news broke Sunday: "Kim Kardashian West was held up at gunpoint inside her Paris hotel room this evening, by two armed masked men dressed as police officers. She is badly shaken but physically unharmed."

If any of the above details from TMZ are true, you would think people would feel for Kardashian and only send her well wishes. Unfortunately, the world today seems to be crueler than ever, so instead people are tweeting horrific things about Kardashian and rape.

Thankfully, there are individuals out there who are speaking up on behalf of Kardashian and why rape jokes about her are awful:

It's mind-boggling that so many find rape funny — and then to wish it upon somebody? Is this really the kind of world we live in? Not just in Kardashian's case, but at any point in time it is never OK to basically support rape. Furthermore, the Kardashian rape jokes just perpetuate rape culture even more than it already is on a daily basis. The fact that many believe Kardashian is to blame for the robbery and then to add jokes of sexual assault on top that is sickening.