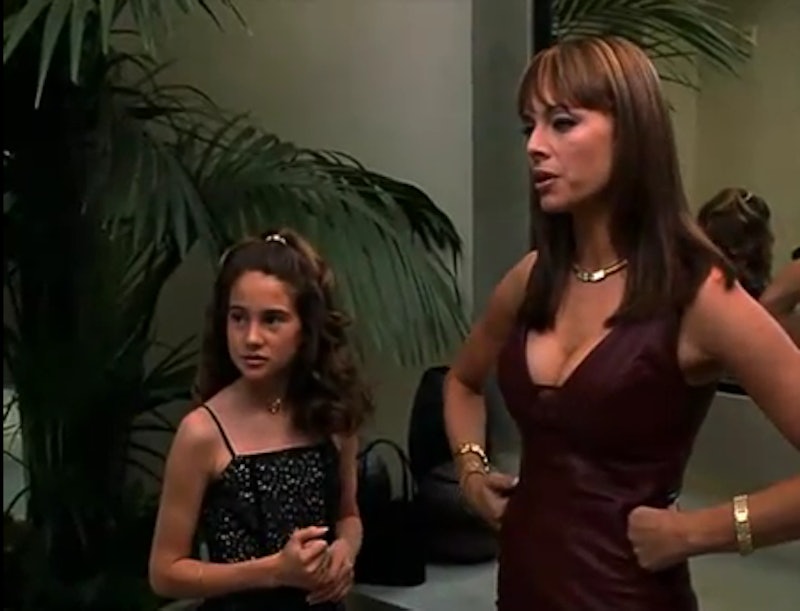 When you read articles about Divergent star Shailene Woodley's humble beginnings on a TV soap, chances are the series they're referring to is The Secret Life of the American Teenager. After all, that show, which aired for five seasons on ABC Family, was the platform that launched the actress into the spotlight. Yet long before Woodley was playing a pregnant teen on cable TV, she was starring (albeit briefly) on another teen soap. Did you know that Shaliene Woodley was on The O.C.? Because she was.

It might be hard to remember now, but ten years ago, Woodley was portraying Kaitlin Cooper, the spoiled younger sister of Marissa (Mischa Barton), on the FOX drama's debut season. The actress only appeared in handful of episodes throughout the series' first year, but her time in Newport was memorable. As 11-year-old Kaitlin, Woodley attended O.C. parties, bonded with her mom, and passionately rode her favorite alopecia-suffering pony, China.

Soon, though, Kaitlin was shipped off to boarding school, and when the character returned midway through Season 3, she was played not by Woodley, but Willa Holland (Arrow). As Woodley explained in a 2011 interview, the O.C. producers re-auditioned her for the then-14-year-old Kaitlin, but the actress' self-described "mouse-child" looks prevented her from getting the part.

As O.C. viewers may remember, Kaitlin's return was notable for her character's post-pubescent looks. It's understandable why Woodley, who said she filmed a movie in which she played a 9-year-old during the same year she re-auditioned for teenage Kaitlin, didn't fit the part. Besides, Holland, as Woodley said, was "so obviously right" for the role. It is hard to imagine doe-eyed Woodley, who charmed us all with her innocent, sweet role in The Spectacular Now, making out with Johnny or smoking weed with Seth.

Still, while it's probably for the best that Woodley didn't stay on with The O.C, lest her career path have followed that of her TV sister's, it's a shame her time on the show didn't last longer. Watching young Kaitlin mimic her mom's bitchface and demand new ponies made for some of the best moments of the series' first season — and seeing as that's the year that Summer and Seth began dating and Chrismakkuah was introduced into our vocabularies, that's saying a lot.

Watch a clip of Woodley in The O.C.'s pilot episode and relive the early '00s, complete with crimped hair and a reference to Avril Lavigne: